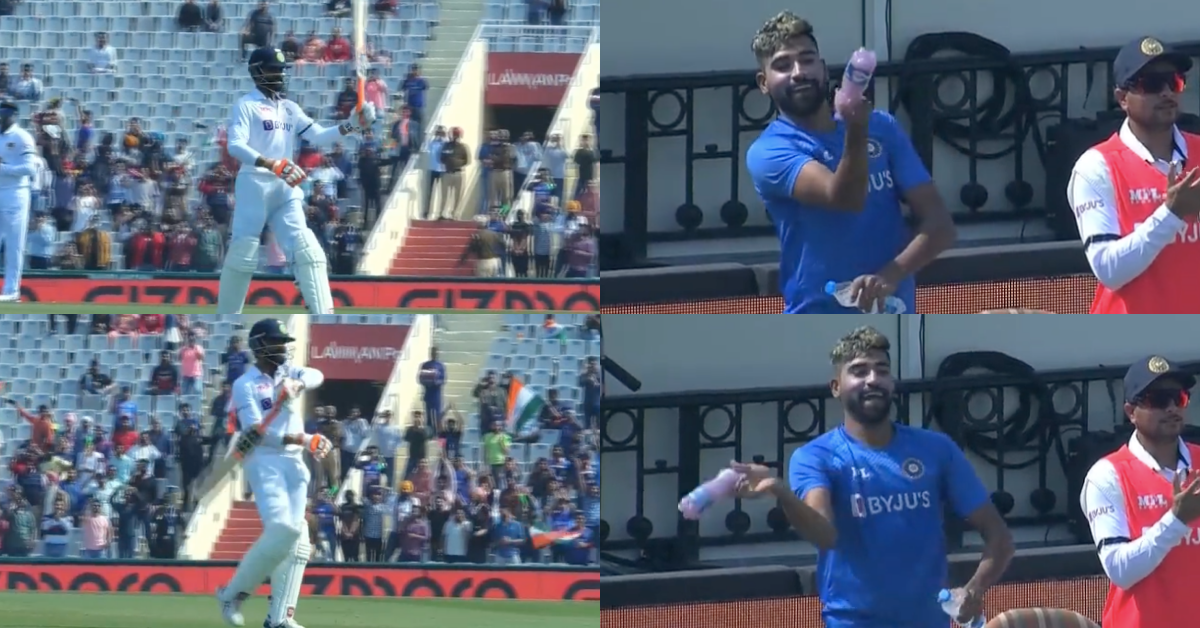 Jadeja continues his stupendous form after he was unbeaten on 45 on the first day along with Indian off-spinner Ravichandran Ashwin. The Indian spinners combined together in the lower order to escalate India’s first innings total. Jadeja and Ashwin were involved in a 130-run stand for the seventh-wicket before Suranga Lakmal separated them with the latter’s dismissal.

But Jadeja went on to strike against the visitors with his free-flowing shots as he swivelled, pulled, dabbed, swayed and drove across the ground with the bowlers finding it as an arduous task to stop his onslaught.

Jadeja completed a single off Lasith Embuldeniya’s over to reach the three-figure mark on the second instance in the red-ball format and his inimitable trademark celebration of swinging the bat like a sword was once again on the screen as fans in the crowd were left electrified in the stands.

As Jadeja was performing his trademark celebration, the camera personnel happened to capture Indian pace bowler Mohammed Siraj imitating the Indian all-rounder using the water bottle in his hand like a sword.

IND vs SL: Ravindra Jadeja smashed Lasith Embuldeniya for 14 runs in an over

After completing his second Test hundred, Jadeja smashed a six and a couple of boundaries to Embuldeniya in an over. Jadeja reached 150 with a six to Dhananjaya de Silva over mid-off but this time he didn’t display his sword celebration.

Jadeja remained unbeaten on 175, plundering 17 fours and three sixes at a strike rate of 76.75. The all-rounder’s blistering knock propelled India to a mammoth score of 574/8 as Indian skipper Rohit Sharma declared the innings.

Fans were disappointed with the Indian team management’s shocking decision which didn’t allow the Saurashtra player to score his maiden double-hundred.