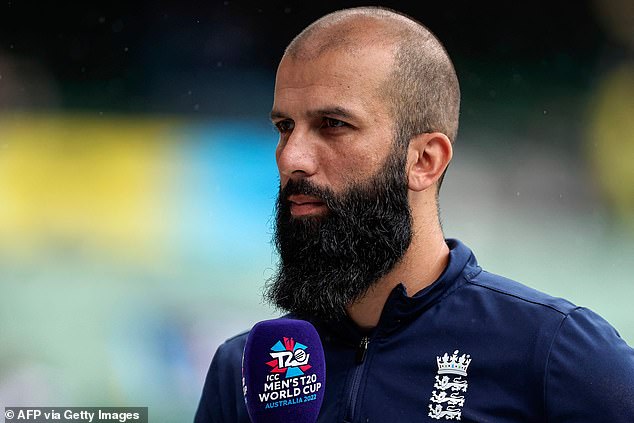 Moeen Ali says England will have ‘to be brave’ and ‘take a few more risks’ to keep their T20 World Cup adventure alive, with must-win group games against New Zealand and Sri Lanka looming next week

Moeen Ali insists England will have to be brave and take risks to stop their Twenty20 World Cup adventure coming to a crushing and premature end.

England face New Zealand on Tuesday and Sri Lanka on Saturday in their final Group One games knowing they must win both and then hope their net run-rate is good enough to qualify for the semi-finals.

And the knife-edge situation is complicated by the continuing poor weather in Australia that could play a big part in deciding the outcome of a tight group that, before New Zealand’s crushing victory over Sri Lanka on Saturday, saw all six teams separated by just one point. 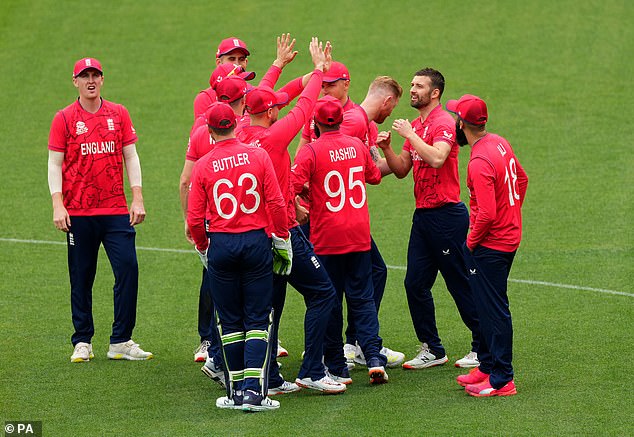 Moeen, an increasingly influential figure in England’s white-ball set-up, has a simple solution for England’s predicament. He believes they should get back on the front foot which has served them so well in the past and hit their way out of trouble.

‘We could win these two games yet still miss out,’ said England’s vice-captain in the aftermath of the washed-out clash against Australia here.

‘But our job is to win them both and, if we can, win them comfortably. We can do that by playing our best cricket until the end of the tournament and I don’t see why we shouldn’t throw caution to the wind.

‘We just have to be brave and play the way we want to. That doesn’t mean slogging but playing the way we can and showing why we were picked in the first place. If we’d taken a few more risks at the top against Ireland it could have been a different game. That’s what we need to do now and tell ourselves four more wins will win us the World Cup.’ 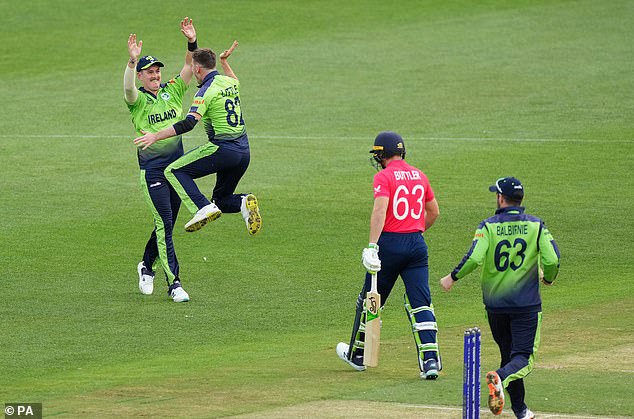 England would have been in a much better position now had they not suffered that shock defeat by Ireland at the MCG in yet another rain-affected match.

Moeen was the one England batter to play with any fluency and had just hit inexperienced spinner Gareth Delany for 12 off three balls when the elements intervened and gave Ireland a DLS victory by five runs.

‘I think if we’d completed the over I would have continued to go after him and probably got us in front,’ said Moeen. ‘I felt I was almost there. It was like ‘a couple more balls and we win here’ and it was a shame there wasn’t time for them.

‘You never know when the rain is coming but I thought we could have put our foot down a bit earlier in that situation and been more pro-active as a side. If we’d just got six more singles throughout the innings we’d have won. But to be honest we played poorly.’ 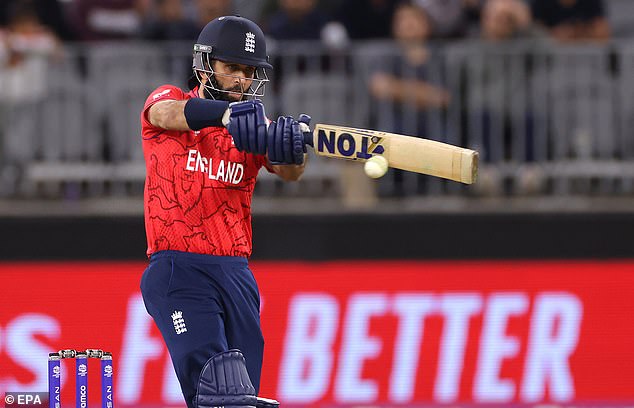 They cannot afford to be poor at the Gabba on Tuesday against a New Zealand side who put themselves in pole position in the group by thrashing Australia in their opening game and then defeating Sri Lanka by 65 runs in Sydney yesterday after a century from Glenn Phillips.

It will be a renewal of a rivalry that saw England famously win the 50-over World Cup final in 2019 but saw the Kiwis defeat them in last year’s T20 World Cup semi-final.

‘I wouldn’t say it’s unfinished business but they knocked us out last year and that hurt quite a bit,’ said Moeen. ‘New Zealand are a very dangerous side, one of the great teams, and we will have to play our best cricket.

‘They’ve been unlucky they haven’t won the trophies they could and should have won. They’re just one of those sides that know what they’re doing when it comes to tournaments, have a great captain in Kane Williamson, and always seem to get the balance of their team right. It will take everything we’ve got to beat them.’ 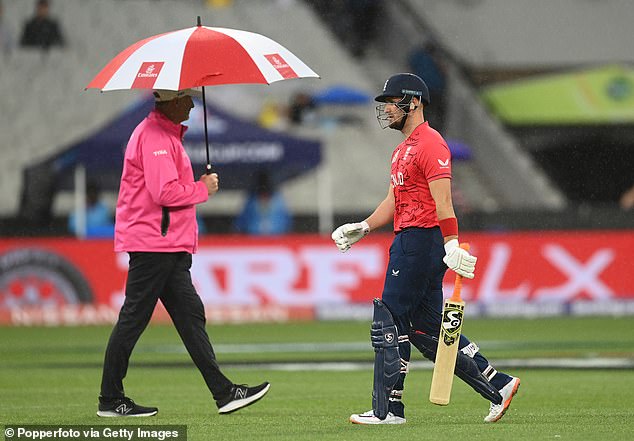 And that include Moeen probably going up the order when England finally get back on a cricket field on Tuesday, Brisbane weather permitting. ‘There’s no real set position that I say ‘this is where I must play’ or ‘this is my favourite spot,’ he said. ‘But I like batting in situations where we need to go out and somebody has to get going. I enjoy that.

‘Towards the end of Eoin Morgan’s reign I was almost a bit of a floater at times when as soon as spinners came on he would get me padded up and say ‘get ready to go in.’ And I do like that, not just because it’s facing spin but because I like that feeling of rushing and just getting out there. I think we will be a bit more pro-active with the order.’

England will need to be pro-active and at their very best if this tournament is not to become this week a tale of soggy under-achievement.’ 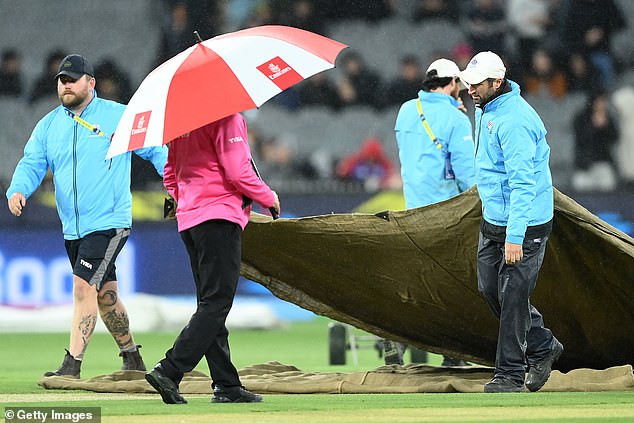