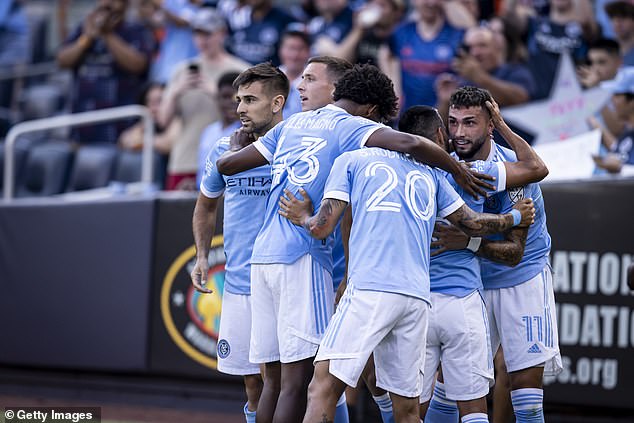 New York City FC continue to tick along. The reigning MLS Cup champions has a successive title in their sights.

Saturday’s victory over Inter Miami set up a four-game winning streak, keeping them just one point off Philadelphia in the Eastern Conference standings with a game in-hand.

It is rare for a side to take a stranglehold on soccer’s top flight but if NYCFC go all the way again they could be set for an era of dominance. 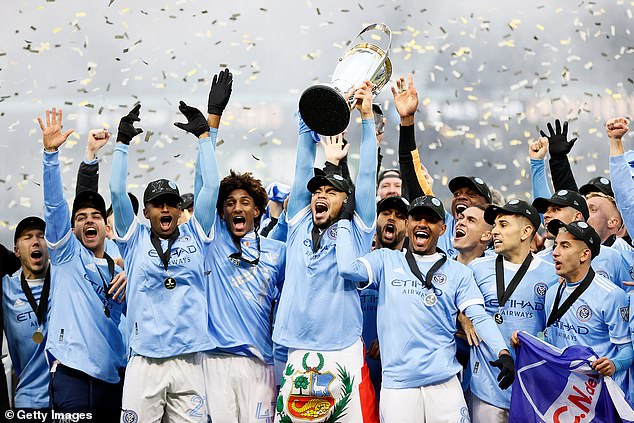 The last team to win back-to-back MLS Cups was LA Galaxy in 2012 – complete with a star-studded line-up of David Beckham, Landon Donovan, Juninho and Robbie Keane.

The company, who crave success, now boast 11 clubs in its stable, including England champions Manchester City, shows no signs of relenting.

At face value neither do NYCFC. Nick Cushing’s side cruised to the 2-0 win over Phil Neville’s Miami side at the Yankees’ home last weekend.

Strong in defense, composed and calm in midfield, creative, quick and inventive in attack – the formula is there on the pitch to conquer again. 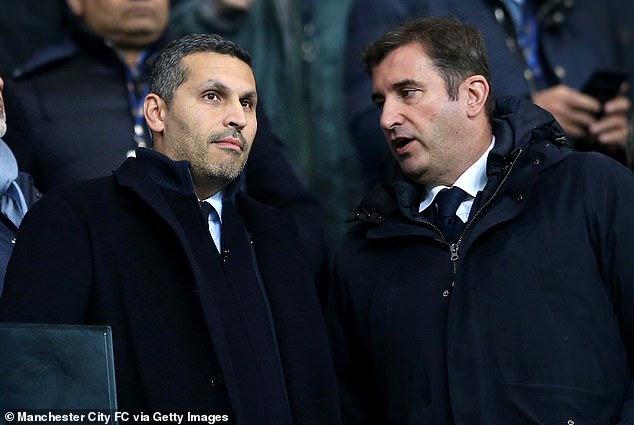 Although there are some issues bubbling under the surface that could derail the charge.

Ronny Deila made history by guiding NYCFC to their first MLS Cup title and appeared to be building momentum before leaving for Belgium to take charge of Standard Liege.

Former Man City Women boss Cushing has picked up where Deila left off, albeit on an interim basis.

It appears the 37-year-old is undergoing a probation period with the club weighing up whether he is the right person to keep them on an upward trajectory.

No permanent boss is hardly a crisis but no permanent home is taking its toll.

Switching between the New York Yankees and the New York Mets’ Citi Field as well as being forced to call the Red Bull Arena home hurts. 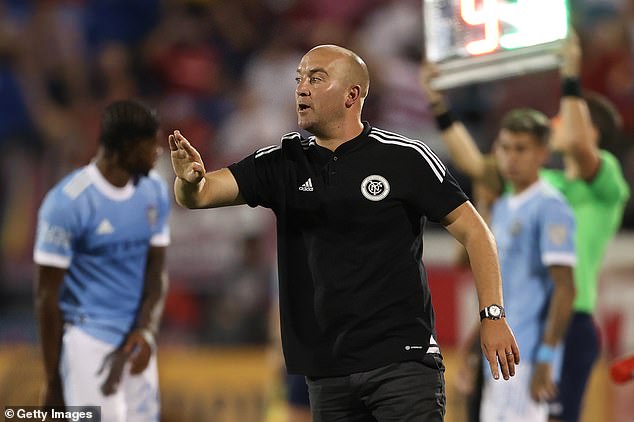 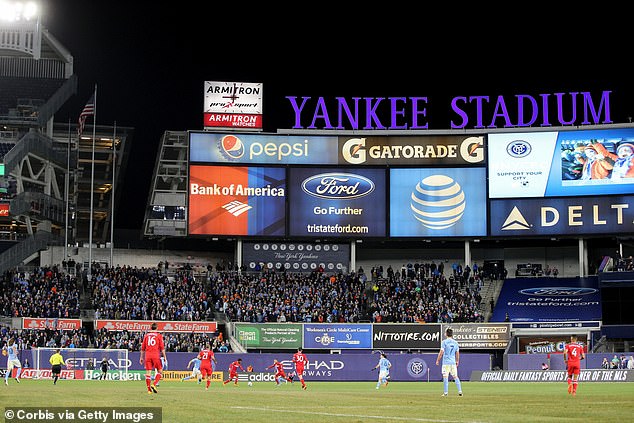 Yes, NYCFC have one over rival New York Red Bulls when it comes to the current league standings but their homeless state has made them a laughing stock to its enemy.

Numerous attempts to buy land to erect a new glitzy stadium in the densely-populated city have been rejected.

The latest is that major Eric Adams is set to give his backing to a new 25,000-capacity soccer stadium to be built close to Citi Field by 2025, according to the New York Post.  But NYCFC’s loyal supporters have been here before.

And the fanbase have been put through the emotional ringer once more as they bid farewell to star man Taty Castellanos Saturday.

Last term’s Golden Boot winner and this season’s MLS top scorer was destined for Spain ahead of kick-off and he got the reception he deserved from his adoring supporters.

The 23-year-old supplied the assist for Maxi Moralez’s 12th-minute opener, was given an ovation when he came off in the second period and was given the Man of the Match award. 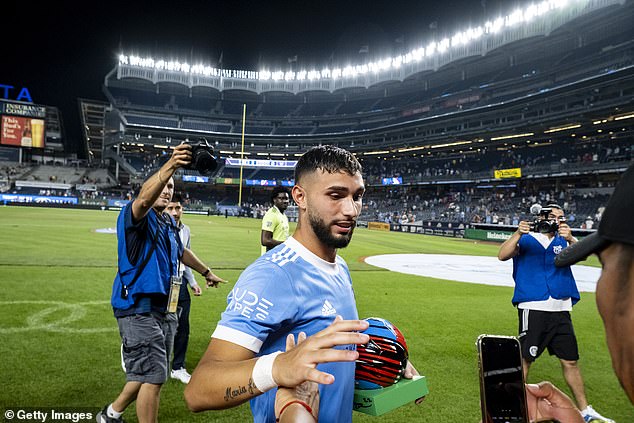 His move to Girona – one of the 11 owned by the City Football Group – was confirmed Monday with the forward ready to showcase his talents in one of Europe’s top leagues, albeit on loan.

‘I came to New York City four years ago and this experience has been everything I could have wanted. It was here where I grew up and took my game to the next level. MLS is a strong and extremely competitive league with fantastic quality,’ Castellanos said of his departure.

‘I’ve always said that the people at the club are incredible, it’s like a family. My teammates and the amazing staff that have spent so much time with me have helped me become the player I am today.

‘I was so proud to be able to win the Golden Boot last year and help the team bring home the Club’s first MLS Cup for our fans – it is a special moment in my life and one that will live with me forever. Thank you to the best fans in the league for always supporting me and cheering me on every single game, you’ve given me so much belief over the years.’

Losing a player of Castellanos’ stature and caliber will hit hard.

He netted 53 goals and recorded 19 assists across 116 MLS regular season and MLS Cup Playoffs appearances during his time in New York. He is only the second player in the club’s history to score more than 50 goals.

NYCFC find themselves in a state of limbo. Block out the uncertainty for the rest of the season and they could well have another MLS Cup in their clutches.