Middlesbrough SLAM Twitter as ‘completely unacceptable’ after striker Chuba Akpom is racially abused by a user, but the social media platform fail to take action, saying it isn’t ‘in violation of their rules’… as the club refers the matter to police

See also  Spartak Moscow are THROWN OUT of the Europa League, after being given the boot by UEFA

The disgraceful incident happened after Boro’s Championship match with Bristol City on Saturday which ended 1-1.

Former Arsenal striker Akpom had equalised for Michael Carrick’s side after Andreas Weimann had opened the scoring.

And following the game, Akpom was the victim of abhorrent racist abuse on social media.

Middlesbrough had tweeted a full time graphic of the game with a photo of Akpom celebrating his strike.

Their post had read: ‘@cakpom strikes to earn Boro a point in Michael Carrick’s first home match in charge.’

A disgraceful user had responded by saying ‘idiot n****’. 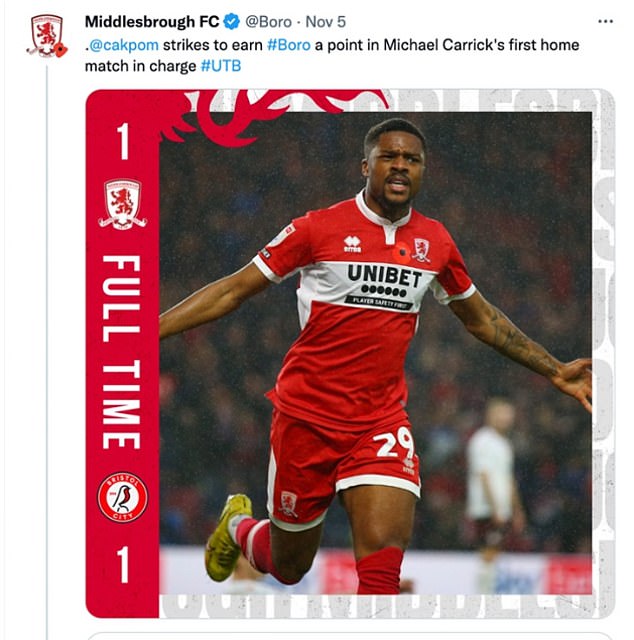 The abhorrent racism came in response to Middlesbrough sharing a full-time graphic, featuring Akpom after he had scored the equaliser in their 1-1 draw with Bristol City

Boro reported the incident and user to Twitter, but the social media platform reviewed that it didn’t violate their rules.

In an email response that the club shared, they said: ‘Hello, Thanks for reaching out. We reviewed the reported content, and didn’t find it to be in violation of the Twitter rules.

‘In this case, no action will be taken this time.’

Middlesbrough shared a photo of the racist abuse and the inadequate response and said: ‘FAO Twitter. This is completely unacceptable #Enough #RiverSideBySide.’ 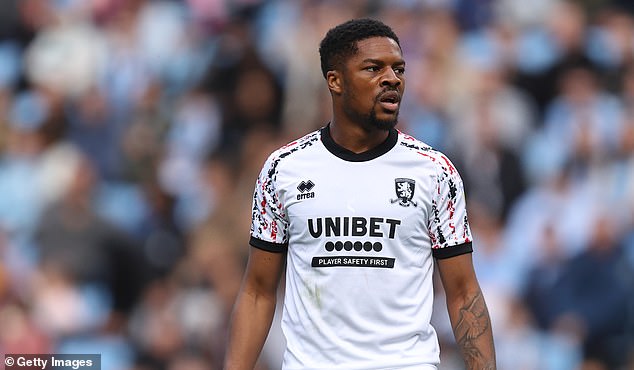 The club also added a further tweet and stated: ‘We have also reported the matter to @ClevelandPolice who are currently investigating #Enough #RiverSideBySide.’

Twitter has come under criticism over recent years for its failure to deal with vile racist abuse on the platform.

This has unfortunately been the case on too many occasions with the racism directed at Marcus Rashford, Jadon Sancho and Bukayo Saka following the Euro 2020 final when all three missed penalties in England’s defeat – perhaps the most prominent example of Twitter’s failures.