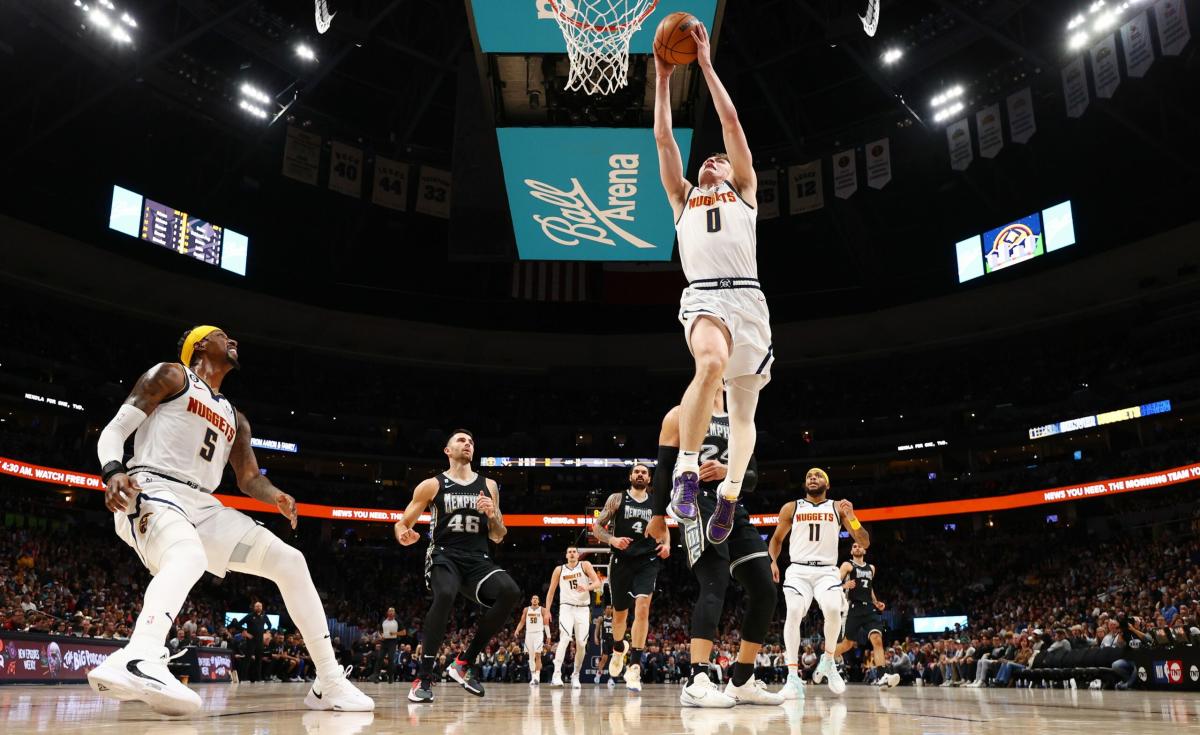 Christian Braun earned his first start of the season and turned in a career performance on Tuesday to help the Denver Nuggets to a win over the Memphis Grizzlies.

Braun produced 13 points, three rebounds, one assist, one steal and one blocked shot in the 105-91 victory at Ball Arena. He finished by shooting 5-of-11 from the field, including 2-of-5 from 3-point range, in 29 minutes of action.

The 21st pick was tasked with guarding Ja Morant for the majority of the night. Morant finished with 35 points and 10 assists, but Braun held the All-Star to four points on 2-of-7 shooting and forced one turnover as his primary defender, according to NBA tracking data.

He explained his mindset of guarding Morant afterward.

I thought I was doing a good job on Ja and I looked up in the third quarter and he had 30. I wasn’t doing something right, but just making it tough on him. Try to make them take shots they don’t want to take whether that is a contested midrange shot or a floater over a long arm. Those guys are going to go out and get their numbers and get their shots up and if you can make it as inefficient as possible, that is the goal.

Braun earned the nod in the starting lineup with Jamal Murray out because of injury management. He found out about 20 minutes prior to the start of the game that he’d start, but the 21-year-old said his approach to the game didn’t change.

See also  Celebrate the 50th episode by watching it live, joining the show

Braun is averaging 3.5 points and 2.2 rebounds in 14.7 minutes per game across 28 appearances. He finished in double figures for just the second time with his performance on Tuesday after topping a previous season high of 10 points on Oct. 28.

He has affected games in a variety of ways this season, from his defense to his ability to get into the paint and finish at the rim. But it is his energy that stands out the most to head coach Michael Malone.

His first game this season was at Golden State and Christian, because Jamal sat that night, gets to play and looked like he belonged from the get-go. Attacking, filling the lanes, getting to the cup, guarding and just flying around.

He has just a tremendous amount of energy and that’s what we need. Making shots or not making shots, we just need energy. We need some guys that are willing to fly around and wreak some havoc out there. I think Christian fits that to a T.

Braun has emerged as a key player to this point for the Nuggets off the bench. He has given the team a tremendous boost of energy and effort throughout the season and has impressed Malone and his teammates in the process.

He is staying ready for his opportunity to play and is showing out in a limited role. His arrival this year is proving to be a great addition to the roster as he looks to have a bright future ahead.