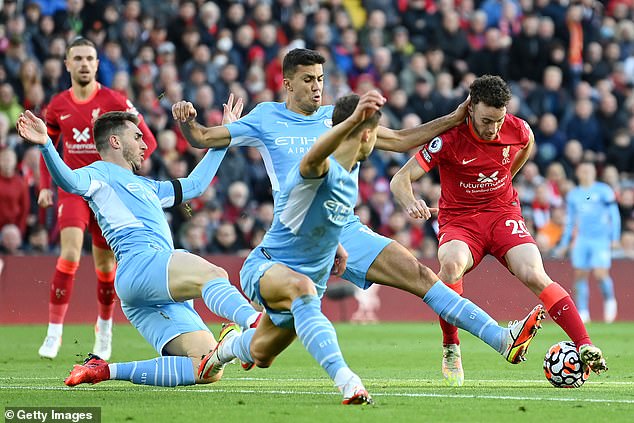 As we enter the final third of the season, Manchester City hold a six-point lead over Liverpool. You might think I’m stating the obvious. But read on.

This is the fourth year City and Liverpool have gone head-to-head for the Premier League title.

In that time since the start of the 2018-19 season, Pep Guardiola’s team have amassed 331 points. Liverpool, remarkably, have gathered 325 points.

Maybe it is because we are living through this rivalry we don’t fully appreciate what we are seeing but I’ve had the feeling for some time that we’re watching the greatest teams of the modern era and the numbers they are producing put it all into context.

During the same period, Chelsea and Manchester United — the teams closest to them — have taken 255 and 253 points respectively. Chelsea, the reigning European and world champions, are fantastic in one-off situations but they have struggled for consistency at times.

United, who City host on Sunday, have great players and are more than capable of winning the Manchester derby yet they have not looked like winning a title in recent times. City and Liverpool have raised the standards so much that only faultless football is good enough. 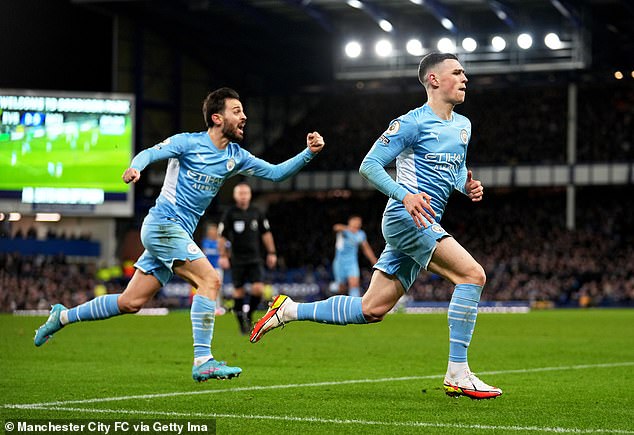 In City (above) and the Reds, we’re watching the greatest teams of the modern era and the numbers they produce put it all into context – they are far clear of their Premier League rivals

It made me think back to the other great rivalries in the Premier League. I was brought up on Arsenal and United going head to head in the late 1990s and the early part of this century.

Chelsea took over as the main threat to United in 2005 and went head to head with them for the next six years.

But let’s start with the four years that followed Arsene Wenger’s appointment. During the period from 1996 to 2000, we saw Arsenal do the Double in 1998 and Sir Alex Ferguson’s Treble winners of 1999. United won 322 points during those four Premier League seasons; Arsenal won 297.

The next four seasons featured another Double-winning Arsenal team (2002) and the coronation of the Invincibles (2004) while Ferguson masterminded another two title triumphs. There was little between the sides — United amassed 326 points, Arsenal 323.

Consistency levels increased again, as they went head to head with United and tried to dethrone them as the best in the land. From 2005 to 2008, the two clubs won the Premier League twice each; won three of the four League Cups and played each other in the 2007 FA Cup final and the 2008 Champions League final.

Domestic form was incredible — Chelsea took 354 points, United racked up 336. Here we are, though, on the first weekend of March. City have 11 games to play, Liverpool have 12.

I fully expect Guardiola’s team to get enough wins to surpass that Chelsea total over the same period. I anticipate Jurgen Klopp’s team will do the same.

We all thought after Wenger arrived that we would never see football played in this country the way Arsenal did in that era.

I grew up supporting them and Thierry Henry will forever be my favourite player — along with the Brazilian Ronaldo — but I recognise how Guardiola has changed the face of the English game.

City should have more trophies than the eight they gathered so far under Guardiola — and they would have done if Liverpool had not been so brilliant under Klopp. Mind you, Liverpool could say the same thing — what would they have done without City?

Imagine getting 97 points — as they did in 2019 — and it not being enough to be champions? If I was a player in Liverpool’s dressing room, I’d have been absolutely distraught. They could get more than 90 points again this year and it still might not be enough. 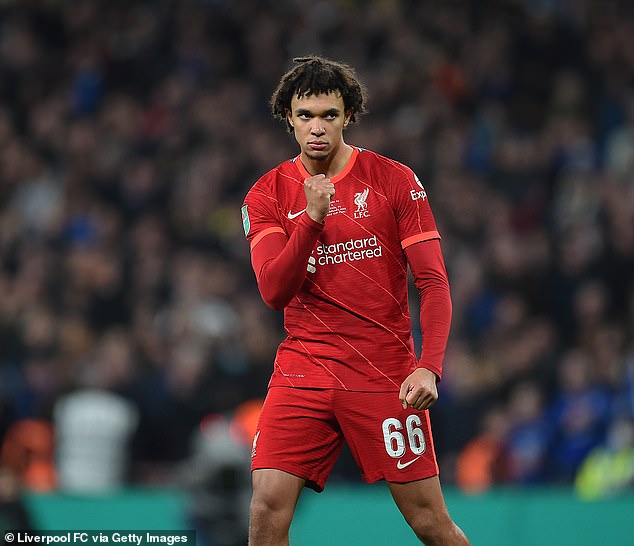 Trent Alexander-Arnold would be dreaming about emulating Ryan Giggs and having a career in which his championship medals could go into double figures. Trent, it seems, is going to stay at Anfield for life. He’s 23 and has one title. Without City, he would be on his way to his fourth.

Historically, it has always been about Liverpool and Manchester United but what is extraordinary is how this new rivalry has developed. Nobody would have seen it happening seven years ago, given where Liverpool were when Klopp was appointed.

It’s why we have to acknowledge that what we are seeing now is different to anything that has gone before. I hear people criticise City’s style for it being too boring but to keep the ball the way they do for 90 minutes, barely giving the opposition a kick, is one of the hardest things to do in football.

There are days when City are absolutely immaculate yet we have to come think it as normal. Guardiola is constantly pursuing football perfection and, perhaps, the way Liverpool are breathing down his neck means he is constantly having to refine and improve City’s style. It means the quality of play is consistently increasing.

I appreciate people will argue differently. We all have our favourite teams and players, as well as eras that are special to us. We look back fondly to reminisce and the natural instinct is to think that things were better in the past.

But I am in no doubt we are witnessing the top two teams the Premier League has seen. There are three trophies up for grabs from here — I believe City and Liverpool will win them all.

Micah’s man of the week

Top marks to Eddie Howe. I had concerns about Newcastle in January and wondered how he would get all those new signings into his team. The pressure of spending all that money — and getting immediate results — was huge.

But he has found a way of playing and the run of form they have enjoyed has almost banished any fear of them being relegated. He has done an excellent job and his work in knitting it all together needs acknowledging.

The mood around Leeds has changed this week. I know and speak to a lot of Leeds fans and the devastation they feel about Marcelo Bielsa’s sacking is incredible. Not one of them has told me it was the right decision. I’m in full agreement.

Leeds were naive at times under Bielsa and things needed tweaking defensively to stop the amount of goals they were conceding but I am convinced he would have kept them up and, if not, they could have made a fresh start in the summer.

I hope Jesse Marsch can keep them in the top flight. 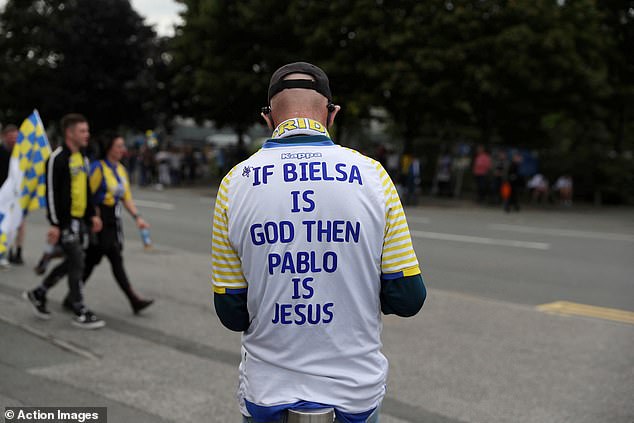 Bowen can step up

Regular readers will know I’m a big a fan of Jarrod Bowen and I’m looking forward to seeing him face Liverpool on Saturday.

I tipped the West Ham forward to win a place in England’s World Cup squad and I’ll be surprised if he does not feature in the friendlies against Switzerland and the Ivory Coast this month.

Bowen, who Liverpool considered signing when he was at Hull, is fearless and this stage will suit him.

If he gets a call-up from Gareth Southgate, the challenge is to stay in the squad. It’s one thing getting England recognition. It’s another thing to become a full-time England player – but Bowen can do it.