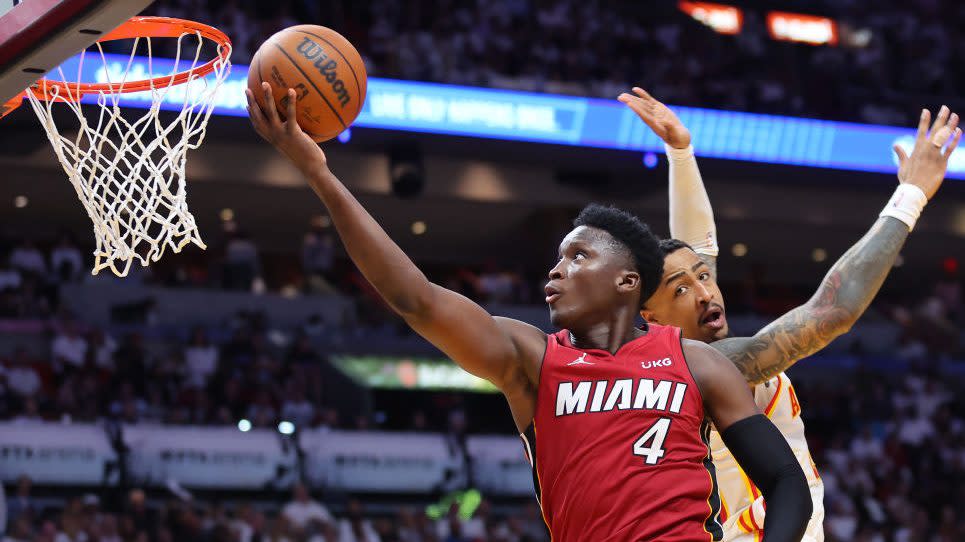 Victor Oladipo spent most of the last two seasons recovering from a quad tendon injury that required two surgeries. As a result, he played in just eight regular season games last campaign for the Heat.

Pat Riley, Erik Spoelstra and company saw enough — not only did they agree to bring Oladipo back, but they also gave him a raise from $2.7 million last season to $11 million this season on a one-year deal with the team. Shams Charania of The Athletic broke the news.

Oladipo was an All-NBA wing before his injury and showed flashes of his old self — 12.4 points a game in the regular season, 10.6 a night, and some key moments in the playoffs — that the Heat hope they will see more of next season.

The Heat are also bringing back reserve center Dewayne Dedmon on a two-year, $9 million contract. He will again be the backup behind Bam Adebayo, a role he was rock solid in last season averaging 6.3 points and 5.8 rebounds a night.

It should be noted that in a franchise known for being aggressive in the offseason and with some big-time potential targets lurking, these are both very tradable-sized salaries. But whether the players stay or go, these are solid signings for the Heat.

Check out more on Miami

See also  ‘That’s not good for the league’