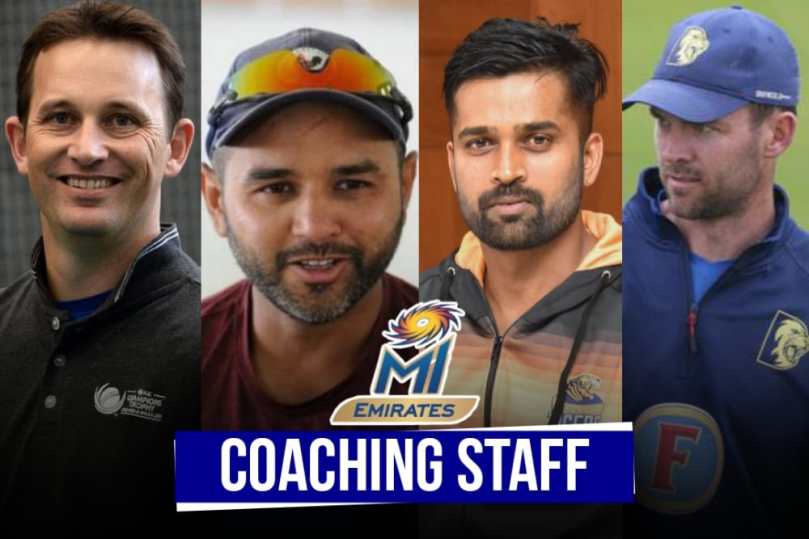 ILT20 League: MI Emirates have appointed Shane Bond as the head coach for the ILT20 team. Besides the Kiwi man, they have…

ILT20 League: MI Emirates have appointed Shane Bond as the head coach for the ILT20 team. Besides the Kiwi man, they have appointed two former Mumbai Indians players in their ranks as well. Parthiv Patel and Vinay Kumar will don the role of the batting and bowling coach respectively. James Franklin has been appointed the fielding coach. Also, Robin Singh will be the General Manager, Cricket for MI Emirates. Follow ILT20 League live updates with InsideSport.IN

All the members of the coaching staff have been associated with the franchise in different capacity. “I welcome Shane, Robin, Parthiv, Vinay and James to their new roles in MI Emirates. Having been an integral part of MI for various periods of time, the coaching team is exceptionally well-versed in the values that make MI what it is. I’m sure they would be able to build MI Emirates as a team that attracts the love of passionate MI fans.”  Akash M. Ambani, Chairman, Reliance Jio Infocomm, said.

With the inclusion of two former Indian players, it means Parthiv and Vinay will also be making their debut in the role of a coach. The ILT20 League is expected to be played next year in January-February though the official dates have not been decided so far.

It will be interesting to see how the duo fare in their new roles. It could be a perfect launch pad for their coaching career as well.

With the appointment of Bond for the MI Emirates, it is an interesting call. Ane the former Kiwi pacer is eager to help the team attain great heights under him. However,  he is not new to such roles in the past. Besides Mumbai Indians, other teams have also used him in different capacity. He was also a bowling coach of New Zealand. He was also incharge of the a team in the Big Bash League — Sydney Thunder — as a coach.

“It’s a privilege to be appointed the Head Coach of MI Emirates. It’s always exciting to build a new team and I’m looking forward to furthering the MI legacy and inspiring our players to take the game to new heights,” Bond said in a statement.