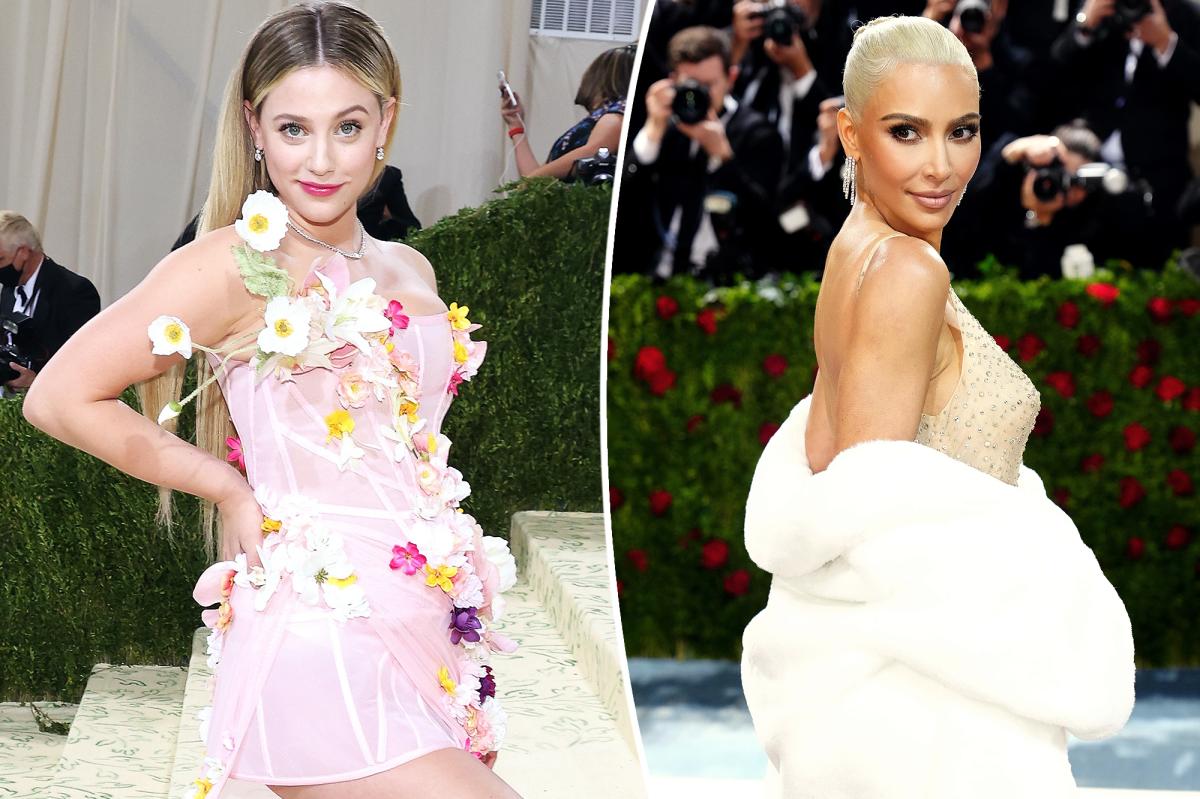 Lili Reinhart is done keeping up with the Kardashians.

The “Riverdale” actress, who made headlines for slamming Kim Kardashian’s dramatic pre-Met Gala diet and exercise regimen earlier this year, said she doubt she’ll ever get another invite to the fancy fête.

“That was fun,” Reinhart, 26, told W magazine of attending the 2021 gala in a blooming Christian Siriano gown.

“But after going again this year, I don’t think I’ll be invited back. I said a certain something about a certain person in a certain dress.”

Kardashian, 42, famously borrowed Marilyn Monroe’s “Happy Birthday, Mr. President” dress for the evening — and since the museum piece couldn’t be altered, she altered her body in order to fit into the look.

“I would wear a sauna suit twice a day, run on the treadmill, completely cut out all sugar and all carbs, and just eat the cleanest veggies and protein,” the star — who wound up losing 16 pounds in just a few weeks — told Vogue.

“To walk on a red carpet and do an interview where you say how starving you are… because you haven’t eaten carbs in the last month…all to fit in a f–king dress? So wrong. So f–ked on 100s of levels,” she wrote.

“To openly admit to starving yourself for the sake of the Met Gala. When you know very well that millions of young men and women are looking up to you and listening to your every word. The ignorance is other-worldly and disgusting.”

And almost six months later, Reinhart — who has been open about her struggles with body dysmorphia — has no regrets about speaking out.

“I have always wanted to stand for something,” she told W. “And while I don’t like it if one comment by me turns into 17 articles in People magazine, I never overthink what I post. It has to be a true representation of how I feel. And I would say that whether I had 100 followers or 100 million.”