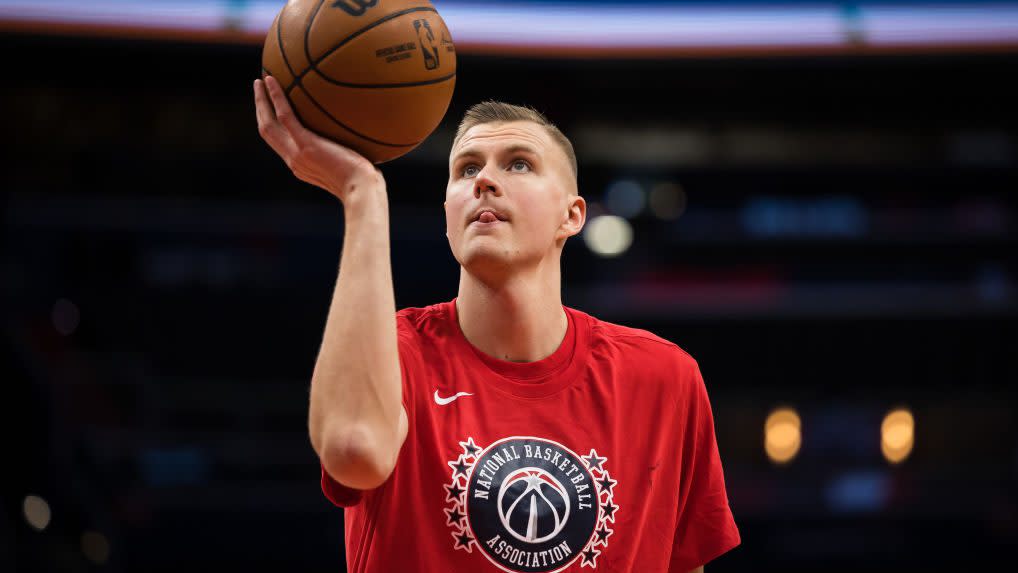 At the deadline, the Mavericks traded Kristaps Porzingis to the Wizards for Spencer Dinwiddie and Davis Bertans.

First, however, they tried to make a trade with the Raptors involving Goran Dragic and Gary Trent Jr. Tim MacMahon of ESPN told the story on the Lowe Post Podcast (hat tip Real GM).

“They tried to trade him to Toronto,” said Tim MacMahon… “My understanding is their discussions there were Dragic and Gary Trent. Toronto understandably said ‘We’re not giving up Gary Trent Jr.’

“So the Washington thing came together. And the Mavericks basically got to the point of ‘Hey, financially it’s a wash, but it’s two smaller contracts that would be easier to move.’ And they felt K.P. was kind of in the way and those two guys could fill roles off the bench, so they pulled the trigger as soon as they found a deal where they didn’t have to give up a first round pick. A lot of that was the fit with K.P. wasn’t there. It doesn’t mean Porzingis necessarily did anything wrong. The Mavericks took a huge swing and a miss on him. It didn’t work out.

Trent Jr., in his fourth season, has become a key part of the Raptors rotation and plans for the future, averaging 18.2 points a game, shooting 38.6% on 3-pointers, and playing strong defense for the Raptors. No way Toronto was moving on from him.

The Mavericks pulled Porzingis out of New York to be the No. 2 next to Luka Doncic, but KP struggled to stay healthy, and even when on the court his fit with Doncic was not ideal. It was time to move on, and eventually, the Mavs will find another No. 2 option. Porzingis gets a chance at a fresh start in the nation’s capital once he gets healthy (he has yet to play for his new team).

Washington next to Bradley Beal next season should be a better fit for Porzingis than Toronto.

Check out more in the Wizards