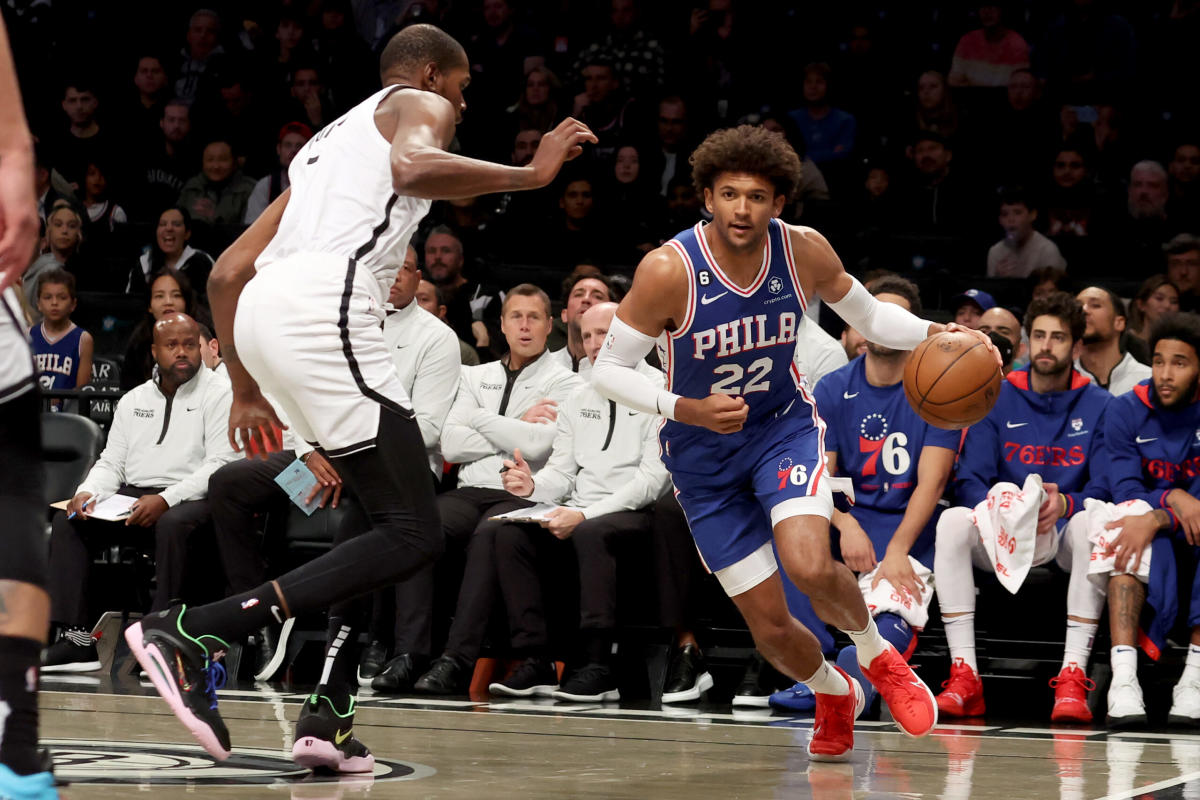 CAMDEN, N.J.–Philadelphia 76ers wing player Matisse Thybulle is known as one of the top defenders in the league as somebody who has made the All-Defensive Second Team twice. The biggest thing with the defensive stud has always been his offensive game.

To begin the 2022-23 season, Thybulle is shooting just 22.2% from deep in his limited playing time, but when watching him shoot, he has looked much freer and more confident in his shot. He revealed that he worked all summer on the jumper so one has to assume that the results will eventually come considering the hard work he has put into it.

Before the Sixers got set to take on the Phoenix Suns on Monday, Thybulle opened up on the advice he received from former Sixers guard JJ Redick, the confidence he has in his jumper, and the team culture.

On having more confidence in his jump shot

“It’s a product of the work and it is its own work. JJ Redick told me a long time ago that the only thing that you can really do to get your confidence up is to do the work. You know you’ve done it and I think that plays a big role in it and then also just believing in it for myself was just putting it in that aspect as well.”

On his teammates getting in his ear to shoot the ball

“Pretty often, actually! Joel’s (Embiid) been saying it for the last three seasons. I guess, he’s been really consistent with it, but I mean, it’s across the board. I feel actually really lucky in that sense to have teammates who do believe in me and encourage me to take those next steps.”

“When we came back this summer, he was one of the players that everyone was talking about that got better. Like, noticeably better. I mean, his body changed, which is a really big deal for him and the coaches, and then also his skill level got a lot better and, I think, personally he can be—he’s such a strong and mobile dude—I think he can be a really good defender in the NBA. I think he’s finding that and learning ways. He’s also just, he’s so young, and it’s just every day is a new learning opportunity for him and I think he’s taken advantage of it.”

“Get better at executing offensively. Especially, now with different, lineups looks. Better discipline defensively and whether that starts with our shell defense or just being able to make the proper rotation. I think really just getting back to the simple things and doing those better.”

On having positive film sessions to build culture

“I think culture is such an important thing and ours has shifted just with the new players that we have. I think enforcing that in moments that you might not expect it I think has it stand out more. To have three clips in a row of a bench reaction to a player shooting the ball and for everyone to be like chuckling and laughing and like really enjoying it. I think is an awesome thing as a coach and then also as a player. It’s cool. Those are the things that often go unnoticed.”