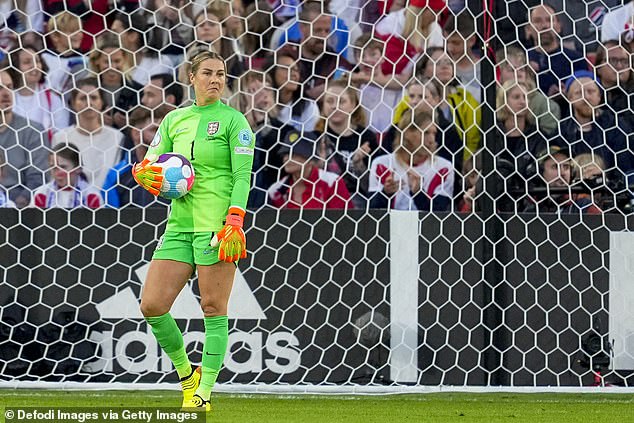 After 10 minutes of England’s semi-final against Sweden, Mary Earps had made two saves — as many as she made in two of the Lionesses’ group games put together.

Twenty seconds had passed when she was called into action on Tuesday, saving with her feet from Sofia Jakobsson. Shortly after, she was forced to tip Stina Blackstenius’ bobbling effort around the post.

Earps’s best moment of the tournament came in the second half, though. England were leading 2-0 after goals from Beth Mead and Lucy Bronze but the game was still in the balance.

A Sweden corner came in and Blackstenius volleyed an effort off her knee towards goal. The ball looked destined for the back of the net as it looped towards the top corner. But Earps propelled herself into the air and, at full stretch, pushed it over the bar with her fingertips.

It was a crucial moment as England could have lost their nerve had Sweden got back into the game. But the Lionesses went up the other end to score a third moments later through Alessia Russo’s remarkable back-heel.

There were shades of David de Gea in Earps’s performance and, as both play for Manchester United, the Spaniard is someone she regularly speaks with.

‘Yeah, me and David speak a little bit. He’s just messaged me saying congratulations,’ Earps said after the game. ‘We message about results and clean sheets so that’s always nice to have his support.’ 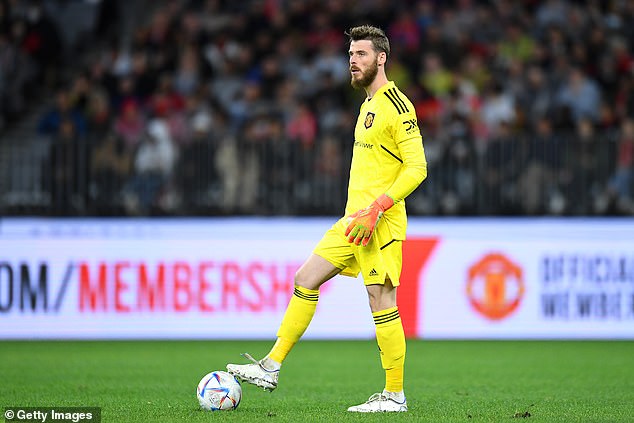 It was not just De Gea who recognised Earps’s heroics. Her England team-mates were full of praise for their No 1 with Millie Bright and Rachel Daly first to embrace her after the second-half save to deny Blackstenius.

‘They tapped my head so hard, I’m surprised I’ve got any brain cells left after that,’ Earps laughed. ‘They said some really nice things and that just means the world to me, to have my team-mates say such amazing things. I just want to help the team. I want to be the best I can be for them.’

Earps was third choice for England at the 2019 World Cup and was left out in the cold towards the end of Phil Neville’s reign and the interim period under Hege Riise. It was Sarina Wiegman who brought the 29-year-old back into the fold and she has not looked back. 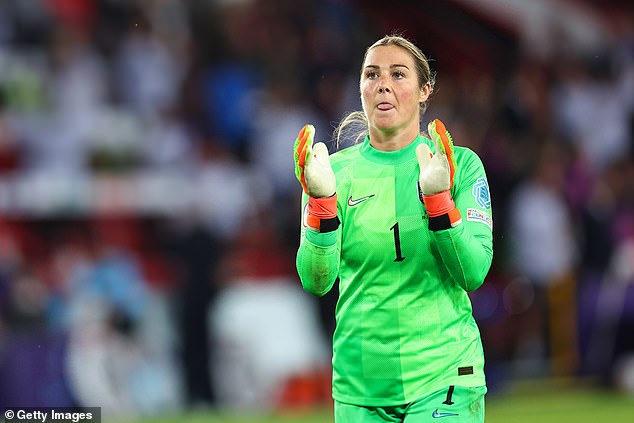 ‘I had a period of time where I wasn’t involved and it was a very difficult time,’ Earps told Sportsmail earlier this year.

‘A lot of things happened behind closed doors. There was a lot of silence and a lot of loneliness and that was hard for me to deal with. Now I’m just enjoying and embracing every single moment.’

Earps has a strong defence in front of her, meaning she has only faced 13 shots on target in the entire tournament — an average of 2.6 per game. But she could be busy at Wembley on Sunday against Germany, who have deadly striker Alexandra Popp leading the line. 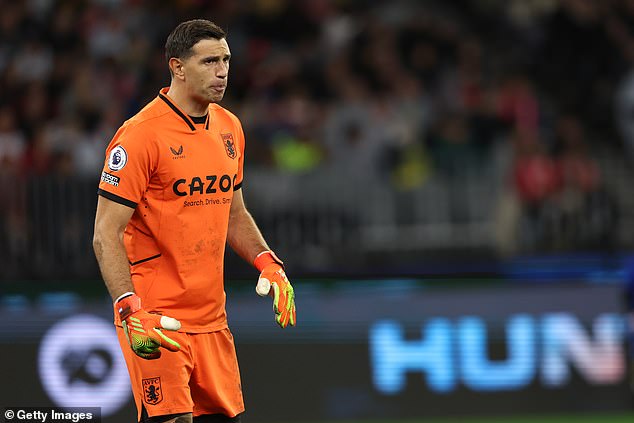 If the final is decided on penalties then Earps is more than ready to psych out the German takers. Jordan Pickford had his water bottle with instructions on where to dive in last year’s Euros and at the 2018 World Cup, but Earps may take inspiration from a different goalkeeper.

‘I really enjoy watching the way Emi Martinez does it (puts people off) because I think he’s the first person I’ve ever seen just take it to a whole new level and I find it really fascinating,’ she said.

‘I love watching it. I think it’s fantastic entertainment!’