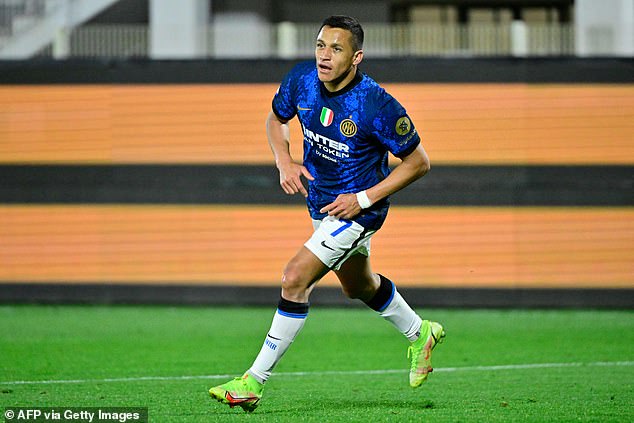 By Simon Jones and Ben Willcocks For Mailonline

Sanchez has found himself shuffling down the pecking order at Inter since joining the club in 2020 following his horror spell in Manchester, but a move to the Stade Velodrome would offer the former Arsenal star Champions League football and the prospect of more minutes.

The Chilean international is said to be interested in a move to Marseille but the deal is said to be hinged on 33-year-old coming to an agreement with Inter on severance pay.

Inter are keen to offload Sanchez’s hefty €6m per year wage in a bid to recruit fresh talent to the San Siro this summer.

The veteran was mostly used as a squad player off the bench last season, playing 886 minutes and contributing five goals for Inter as they finished second in Serie A.

The 2021-22 campaign was Sanchez’s lowest total of minutes in the league since arriving at the San Siro in 2019. 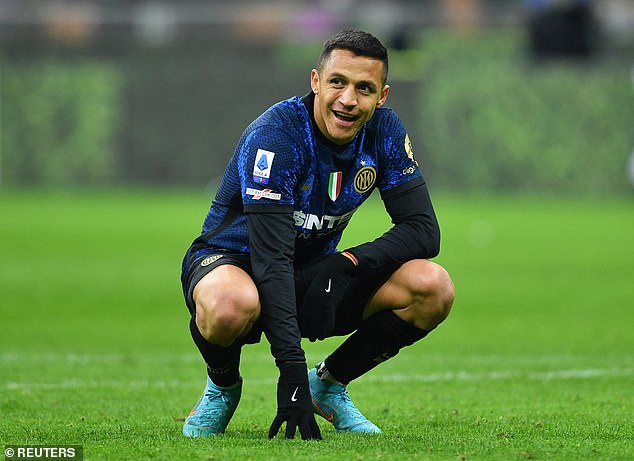 Marseille have enjoyed a fruitful transfer window so far this summer, making eight permanent transfers as they look to prepare for Champions League football.

Among them, ex-Arsenal midfielder Matteo Guendouzi has signed for the French side permanently following a loan spell last campaign, whilst Porto’s Chancel Mbemba has joined on a free transfer.

A move to the Orange Velodrome would see Sanchez partner Polish striker and new permanent buy Arkadiusz Milik, who netted 20 goals in all competitions on loan from Napoli last season.