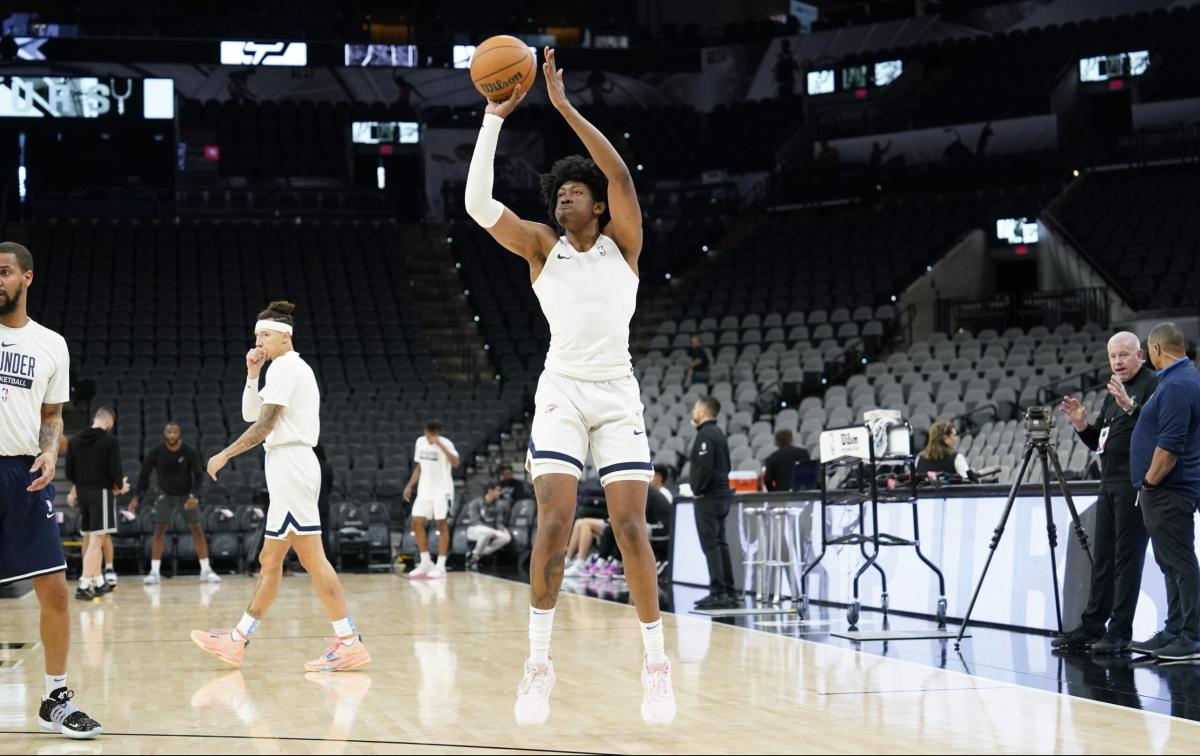 Williams suffered a right orbital bone fracture in the season opener after taking an elbow to the face from Minnesota Timberwolves forward Jaden McDaniels. He looked to be in quite a bit of pain and had significant swelling in his right eye, but managed to walk off on his own power.

The Thunder initially announced that Williams would be reevaluated in 7-10 days, which would be approximately Oct. 31 at the latest. He has lost some of the swelling in his eye and returned to some on-court work, via Joe Mussatto of the Oklahoman.

Williams was seen wearing a facial mask during some shooting drills on Tuesday and will likely wear a mask for the foreseeable future to prevent any further injury. It will be worth monitoring how Williams adjusts to the mask once he is cleared to return.

He had a tremendous run with the Thunder in the preseason, averaging 14.4 points, 5.2 assists, three rebounds and 1.8 steals in five games. He led the rookie class in assists and was second in total scoring.

Chet Holmgren reached out to Joel Embiid for injury advice