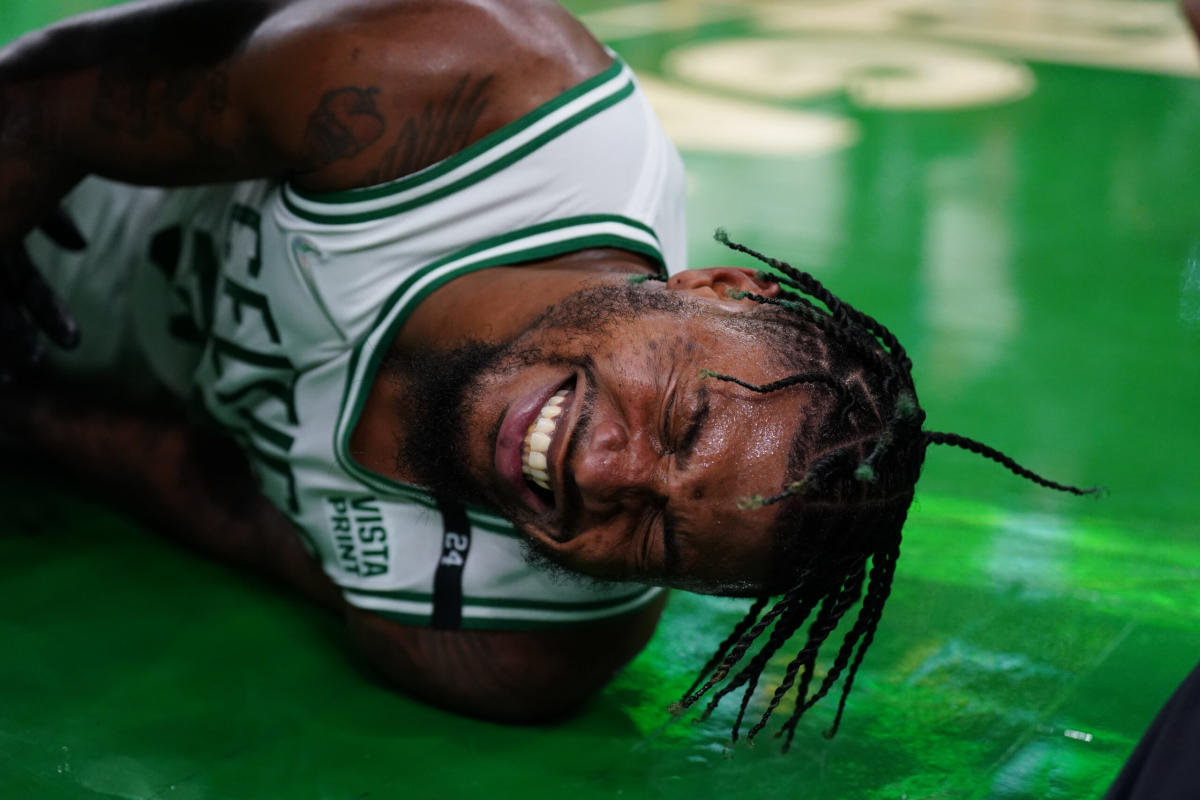 There’s a downside to playing late into the playoffs, even if said downside is mitigated a bit by being deep in an NBA postseason. The lack of time to get one’s body right means the aches and pains accumulated while making such a deep run linger closer to the start of the next season, and in the case of some of the more painful injuries, may even carry over into the next season.

Veteran Boston Celtics point guard Marcus Smart knows this all too well as he continues to recuperate from a Celtics postseason run that had the team within two wins of an NBA title, Boston falling in six games to the Golden State Warriors after the Flower Mound native had put his body on the line for the Celtics several times at a considerable personal cost.

But now, in a recent interview with CLNS Media’s Bobby Manning, Smart shared that while he still feels some of those injuries, he’s closing in on a return to feeling himself again.

“My ankle is feeling better, it’s still healing, so I’m dealing with that,” explained the Oklahoma State product.

“(I’m) just giving it as much rest as I can, but definitely back on the court. I’m definitely back into the action. It feels like yesterday we just started playing, we haven’t really missed a beat, but I’m definitely doing everything I can to be ready for next season and to go deeper. I’m pretty close (to 100%) —  it’s September, You don’t want to be in June, July, May shape right now so I’m trying not to go too crazy, but I’m really close and I’ve been doing this going into my ninth season.”

“So for me, I know exactly what I need and what I need to get myself ready so I’ll so be there,” he added.

And while Boston undoubtedly got deeper in the backcourt in case Smart isn’t feeling 100%, at any part of the season it’s important to remember a few things; they were at their best last season when Smart was present, healthy, and at the point.

That nothing is guaranteed in terms of health, as we have seen in the case of Danilo Gallinari. And most importantly, if the team had arrived in the 2022 NBA Finals just a bit more rested and healthy, this team might be on a mission to win Banner 19 this season.