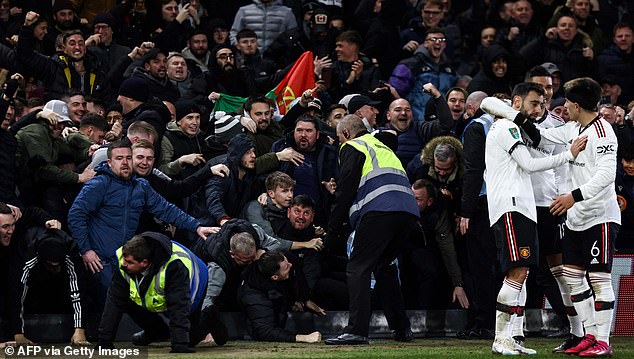 Manchester United fans’ celebrations almost took a nasty turn as an advertising hoarding collapsed under the weight of them as they celebrated their side’s third goal at Nottingham Forest.

It came about after the United players went to celebrate after Fernandes thumped home from Anthony Elanga’s smart flick in the 89th minute as United ran out 3-0 winners at the City Ground in the first-leg.

But as cameras panned to the celebrations in the stands, United fans came rushing down while the advertising hoarding was collapsing. 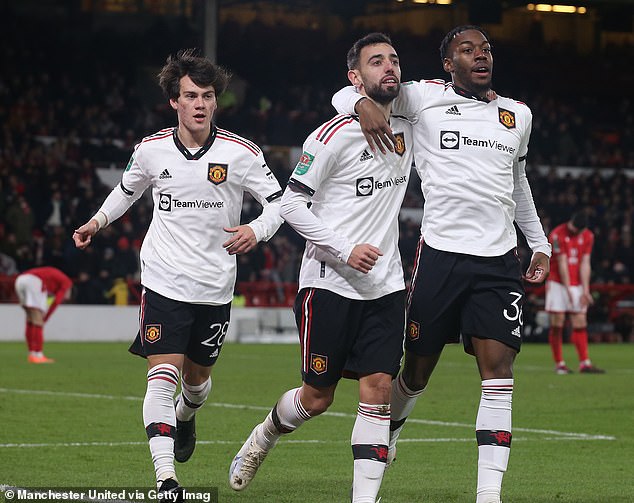 One steward could be seen falling over backwards as the hoarding started to give way.

It looked for a moment like it was going to turn ugly, but the board was quickly reassembled with the fans trying their best not to spill onto the pitch.

From what could be seen, it looks as though fans escaped injuries, as stewards rushed over to help.

Gary Neville, who was on commentary for the clash, sounded concerned as cameras focused on the trouble in the away end. 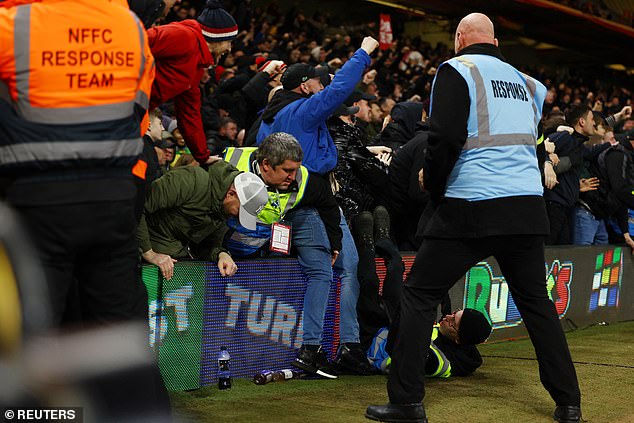 He said: ‘It’s not pleasant to watch that for a moment or two, but it looks like everyone is okay.’

Fernandes’ last-minute strike sealed a convincing win for United who take a three-goal advantage back to Old Trafford.

Forest look down and out of the tie, with the East Midland side going behind to a superb solo strike from Marcus Rashford after just six minutes.