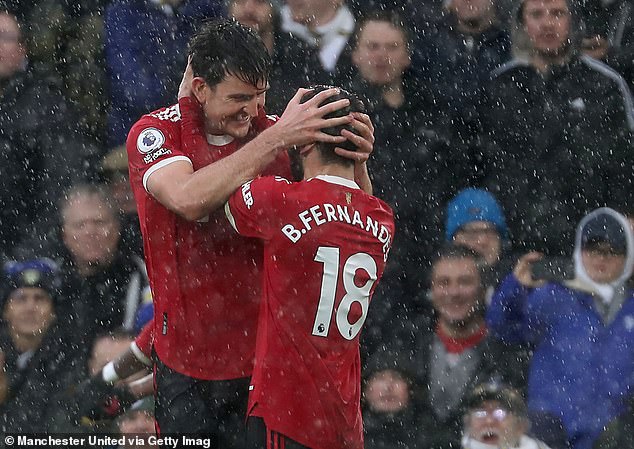 ‘I was slapping his head saying FINALLY he scored with his big head’: Bruno Fernandes reveals what he told captain Harry Maguire after his goal at Leeds as he praises Man United’s team spirit ahead of Champions League last-16 tie against Atletico Madrid

Bruno Fernandes has shed light on Manchester United’s team spirit by revealing he teased captain Harry Maguire after he ‘finally scored with his big head’ at Leeds.

United’s squad is growing in confidence as they travel to Spain to face Atletico Madrid in the first leg of their last-16 Champions League tie.

For Fernandes, who spoke to the media alongside interim boss Ralf Rangnick on Tuesday, mood in the camp is high and that was obvious to players after the win at Leeds.

‘The goal of ‘H’ [Maguire], Paul’s [Pogba] sliding behind him on his knees, I was slapping his head saying finally he scored with his big head,’ Fernandes laughed.

Maguire, who is affectionately nicknamed ‘Slabhead’ by many England and United fans, ended United’s goals from corners drought at the 139th attempt this season.

That kickstarted a 4-2 win at Elland Road for United, bolstering their top four bid, and Fernandes believes things are clicking into place.

‘I think the team has been playing well even in the games we didn’t win. Obviously when you don’t get the result, it’s not perfect,’ he added. 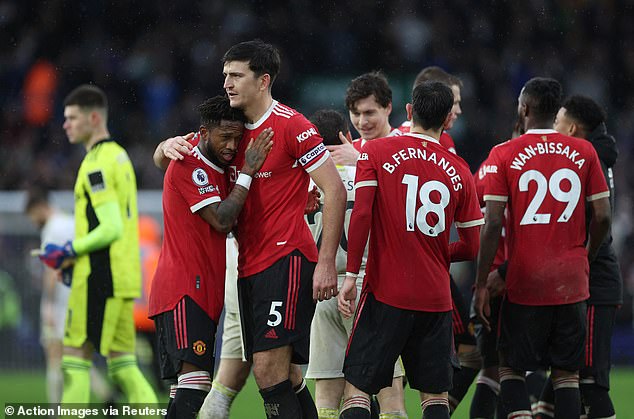 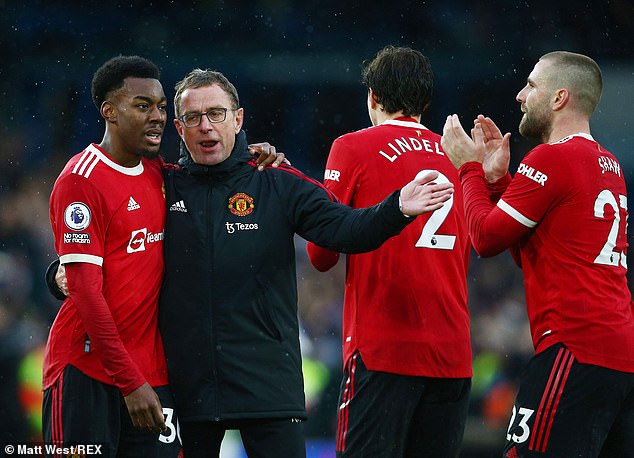 ‘Winning games, you feel more confident. Going into this game, which is an important one, obviously we know that having that confidence of winning games gives you something more to be prepared for the game.

‘If we stick from the plan from the first to the last minute, we can win the game.’

Rangnick echoed the words of his Portuguese midfielder and believes that team spirit is continuing to improve at the right time of the season.

‘Well I think we also showed it in earlier games, in games before that [Leeds] but in the end, as Bruno [Fernandes] just said, it’s about getting the right result,’ the German added.