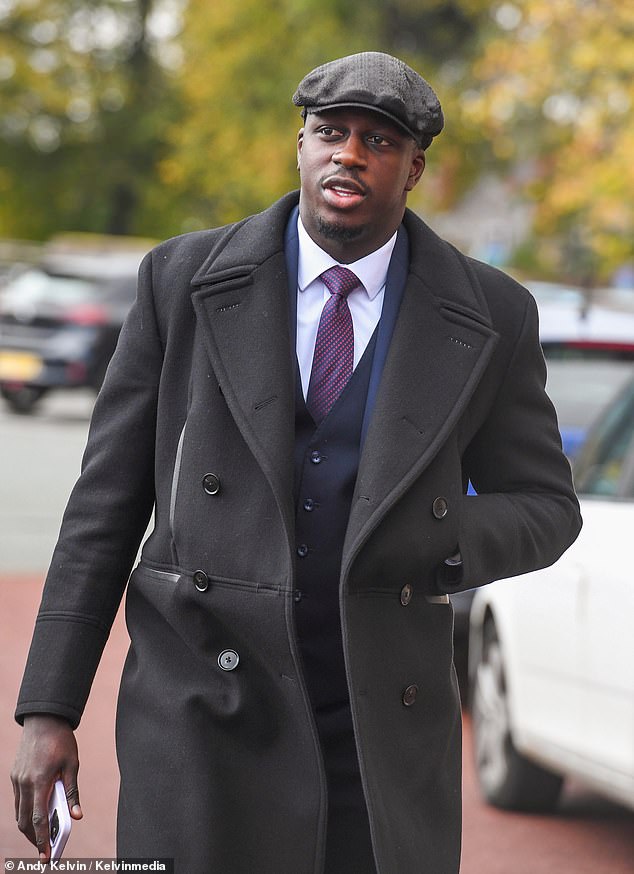 Soccer star Benjamin Mendy told police that he was ‘shocked’ to be accused of rape during parties at his mansion home, a court heard yesterday.

The Manchester City and France defender insisted that all the sexual acts between him and the complainants was consensual, the jury at Chester Crown Court was told.

Prosecutor Tim Cray KC yesterday read a series of prepared statements which Mendy had made to police after he had been arrested on suspicion of rape and sexual assaults at his £4.7 million home in Prestbury, Cheshire.

The jury were told that the £52 million star was interviewed in November 2020 about allegations made by one complainant who alleged she had been raped three times in a locked room at the mansion.

Mendy told police in his prepared statement that he had met the complainant in Parea nightclub in Alderley Edge , Cheshire the previous month.

He invited her back to his house and they were in the pool area when he noticed her taking a video which he asked her to delete.

He told police:’ She gave me her phone and I deleted it. A photo of her with no clothes on came on the screen .She said she had more photographs like that and we agreed to go upstairs to my bedroom where she could show me .

‘The door is locked from the outside . I opened it using the key pad . It was open from the inside and she could have left at any time. She showed me more naked photos and we went to the bed.

‘ We started kissing and she removed her bra. I asked her to perform oral sex on me and she said ok but she did not want to do anything else. It said that was fine, we could just play around.

‘We started touching each other and rubbing up against each other . We was very excited. I knew she did not want to go any further.

‘She said she had to go and we exchanged Snapchat details. I ended up with one of her friends and she spent the night with me. I am shocked to be accused of rape. any sexual activity was completely consensual. I did not prevent her leaving.’

The court heard Mendy’s statement over allegations made by a complainant who claimed she was raped by both Mendy and his co-accused Louis Saha Matturie, 41, at a two day pool party at the mansion in August 2021. 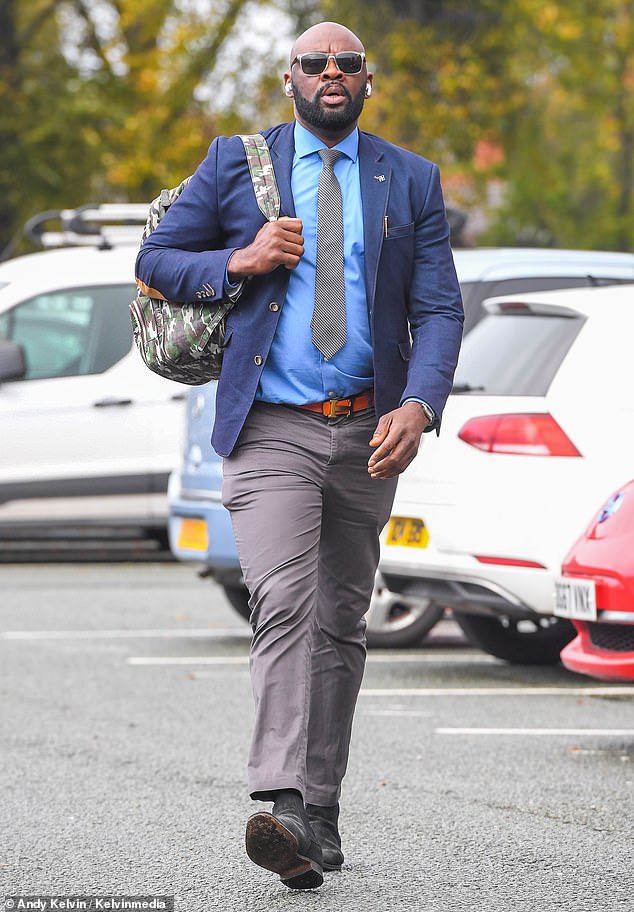 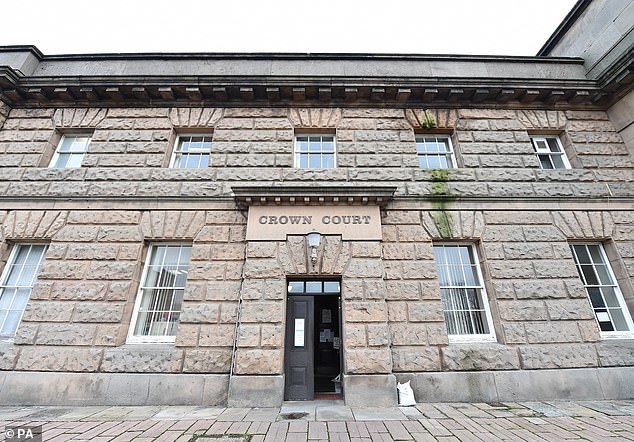 The court had earlier heard that the complainant who was 17 at the time had called Manchester City five times the day after the alleged attacks.

Mendy told police that he had gone to his office with the teenager and had used the key pad to get in.

He said:’ Once we got inside, the door shut. It was not locked from the inside and she could have left at any time. I asked her how old she was and she said 21 or 22. She performed oral sex on me and she was enjoying herself and asked if I liked it.

‘I asked her for conventional sex and asked about contraception. She said she would take the morning after pill. She was laughing.’

Mendy also gave a prepared statement when questioned by police over an alleged rape in July 2021 at his home.

He said:’ We have had consensual sex on two or three separate occasions. She has been at my house and at my flat in Manchester on many occasions. she sometimes turns up unannounced.’

The star said that on the night of the alleged attack, he had asked for sex and she had replied ‘yes.’

‘I did not rape her. She was a bit drunk but she knew what she was doing. She willingly had sex with me.’

The jury heard that Mendy gave another statement relating to allegations made by another complainant who claimed she was raped in July 2021 at the star’s home.

He said: ‘We were chatting and flirting. She lifted her dress and showed my her bum.’

Mendy said he was later in the cinema room and the couple were messaging each other on Snapchat when Mendy suggested they ‘ finish what we started, meaning sex.’

He said:’ I suggested we had sex and she said she would like to get to know me better. I made it clear I was not interested in a relationship but she stopped me leaving. We began to kiss and she gave me oral sex and I had sex with her from behind. She was a willing and enthusiastic participant in everything we did.

‘At not time did she say anything which made me think she did not want to have sex. I saw her after July and I think she came to my house. All our subsequent contact was friendly and flirtatious.’

Mendy, 28, denies seven counts of rape against four women, one count of attempted rape and one count of sexual assault. The offences are alleged to have taken place at his mansion between October 2018 and August last year, and relate to six women.