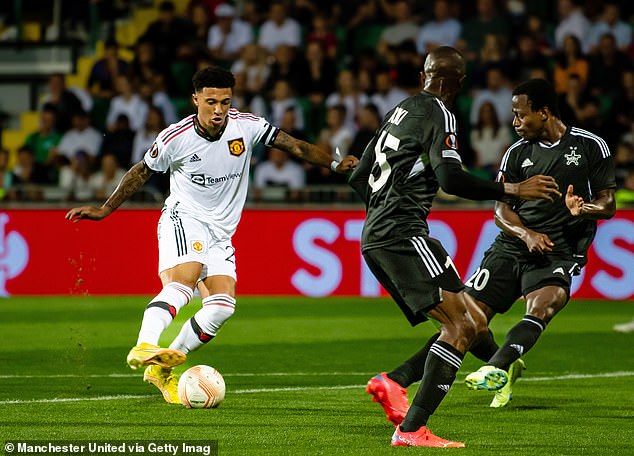 Erik ten Hag has challenged Jadon Sancho to show ‘much more improvement’ as the Manchester United boss revealed he has ‘specific’ plans for the in-form forward during the upcoming international break.

Sancho has made a promising start to the season under Ten Hag, scoring his third goal of the campaign in United’s 2-0 win over Sheriff Tiraspol in the Europa League on Thursday.

But the 22-year-old’s form has not been enough to earn a recall in Gareth Southgate’s England squad, with his omission raising eyebrows across the game. 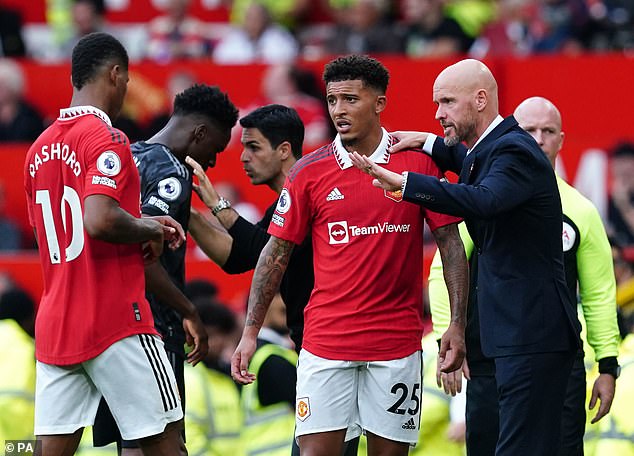 Speaking after the victory in Moldova, Ten Hag said Sancho could get even better and believes the international break will be beneficial to the winger after his England snub.

United’s game against Sheriff was the last until the Manchester derby on October 2 after their home clash with Leeds, scheduled for this weekend, was postponed.

‘I’m really pleased [for Jadon Sancho],’ the Dutchman said. ‘Another goal… he’s doing well, but I think there’s much more room for improvement for him, because he has so many skills.

‘We will fill in the period really good. We can go specific. That can be beneficial to continue the season.

‘We know, after this break, every three days there will be a game.’ 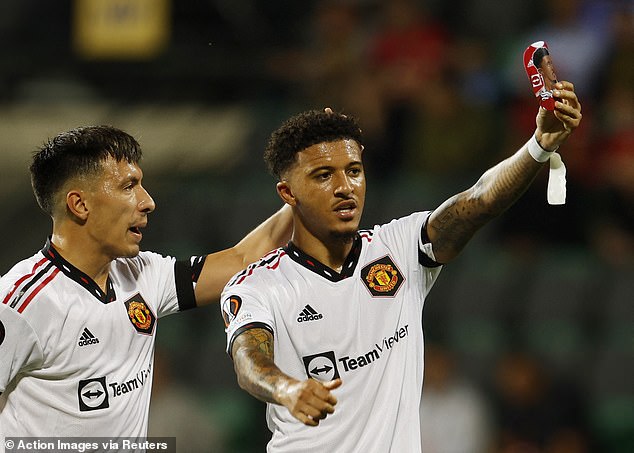 Sancho joined United from Borussia Dortmund in a deal worth £73million last summer. He endured a mixed debut campaign for the club in a season where they finished with their lowest-ever Premier League points tally and failed to qualify for the Champions League.

But the English winger has been one of the standout performers in the early stages of this season as he scored a well-taken goal in the 2-1 victory over Liverpool and the winner against Leicester before netting in Moldova on Thursday.

Sancho has refused to give up on a place in England’s squad for the World Cup despite his omission from the last selection before the tournament in Qatar. 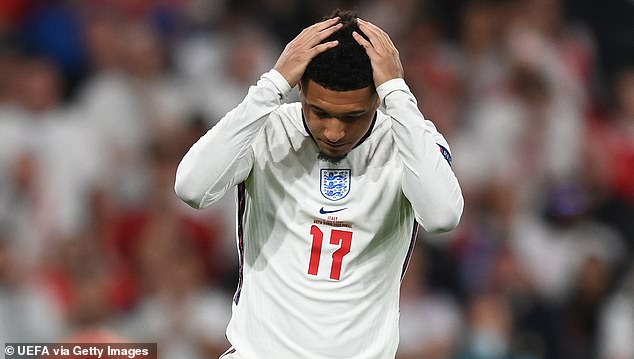 ‘Yeah, 100 per cent, that is one of the targets,’ he said. ‘It’s unfortunate that I didn’t get the call-up, but I have to just keep focusing on myself and keep on working hard, week in and week out, that’s what I’ll do.’

Sancho also opened up on the reasons for his shinpad celebration after his goal against Sheriff.

‘Yeah, a little kid gave me some shinpads and asked me to wear them,’ he said. ‘I said “Yeah, no problem” and that was a little gesture from me when I scored, showing him that I was wearing his shinpads that he gave me.’