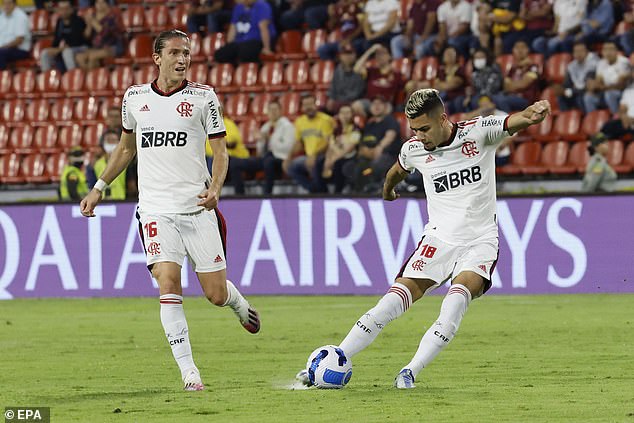 Andreas Pereira has insisted he wants to stay at Flamengo amid transfer interest from Fulham.

The Premier League new boys, who won the Championship last season, have bid £11million for the Manchester United midfielder.

But Pereira, 26, said he wants to remain at the Brazilian top-tier side, where he has played 53 games and scored eight times – after scoring a wonder goal in the Copa Libertadores.

The Belgium-born Brazilian smashed in a stunning dipping 25-yard strike in the 17th minute as Flamengo defeated the hosts, Colombian side Deportes Tolima, 1-0 in their round of 16 first leg on Thursday.

He said: ‘I’m not the one who decides – it’s up to Man United. I would like to stay at Flamengo, but it’s not in my hands. I’ll see what’s best for me and the club. 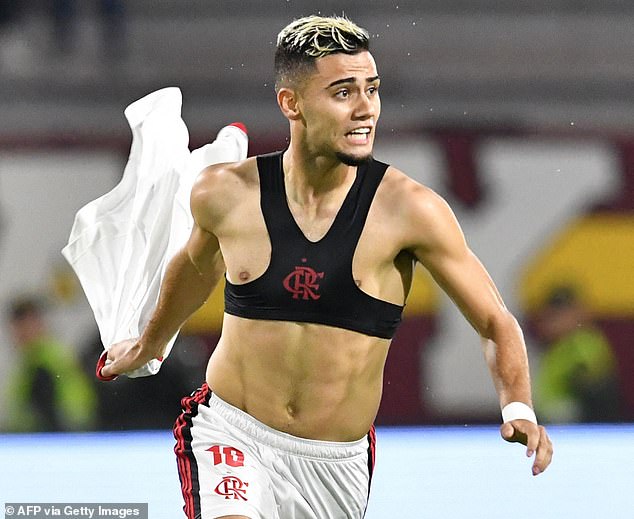 ‘I love Flamengo. We will soon speak and decide. My relationship between me and Flamengo has always been very good. This year was incredible for me.

‘If it doesn’t work out, I’ll always leave with my head held high. I love the club, I love Flamengo, I’m Flamengo. I will come back in the future.’

See also  Riding to the rescue! Callum Wilson says he will play again this season after biking to aid recovery

Pereira has made 75 appearances for United in all competitions across his eight years at the club, scoring four goals, but has only spent four seasons at Old Trafford, with loans to Granada, Valencia, Lazio and now Flamengo.

The one-cap international has one year left on his Red Devils contract but is an outcast at the club, having not played since the 2019-2020 campaign. 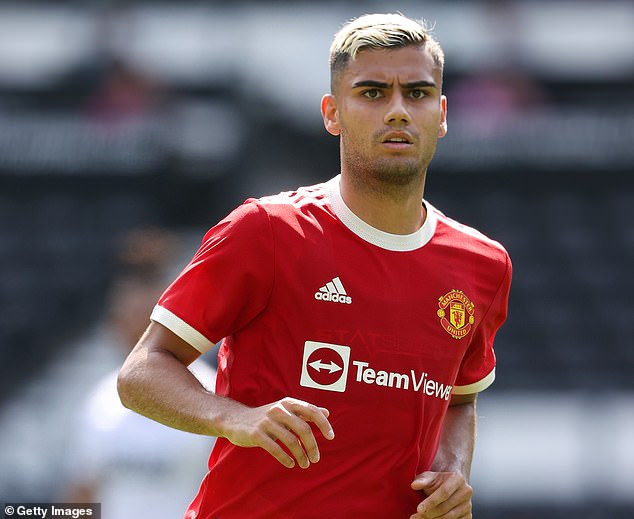 Fulham have made an £11m bid for the United outcast, but he said he wants to stay at Flamengo 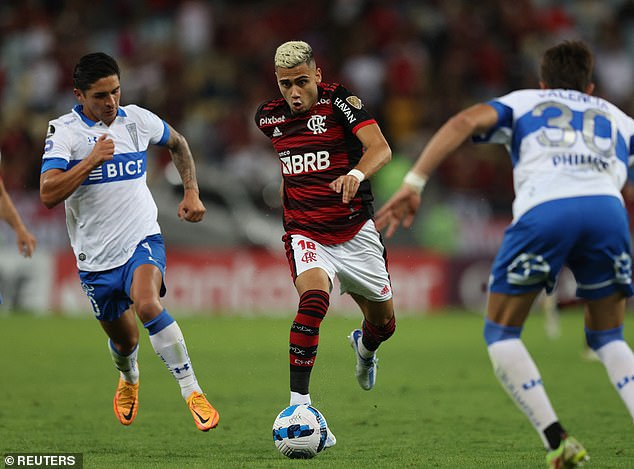 United hope Pereira will agree personal terms with Fulham, as the promoted side’s bid of £11m represents the best deal financially for United.

Earlier this month, Red Devils scouts sent to watch his team-mate Joao Gomes raved about Pereira’s performance, saying he was the best player on the pitch.

Flamengo head coach Dorival Junior said in June: ‘I hope he stays. Players of this level, players with this potential, are few in Brazil. I have no doubt that this boy can still grow a lot, he can evolve a lot. How will it happen? I don’t know.

‘But it would be really nice if we could hold onto this kid because he has a lot of qualities. He is a player that draws attention in any way. He has growth potential, players of that level are scarce at the moment within this country.’