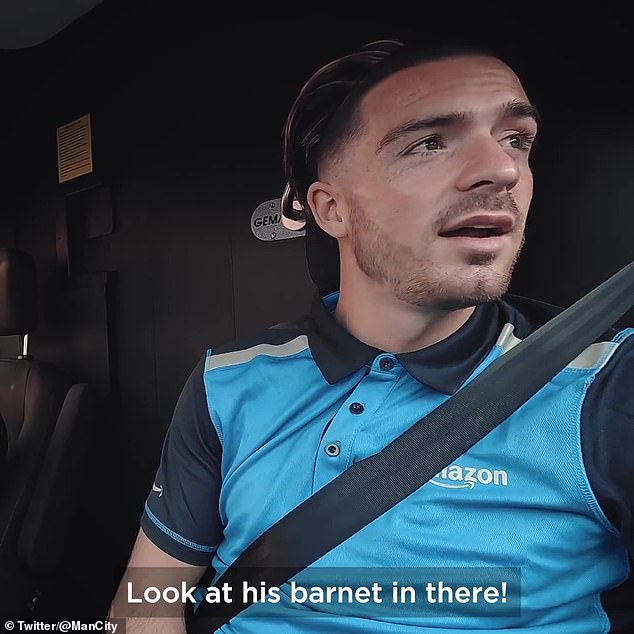 Hit the road, Jack! Man City star Grealish tries his luck as an Amazon delivery driver and jokes his shift has gone as well as ‘Haaland’s start to the season’ – with the winger preparing for his side’s clash against Leeds

For Manchester City and England, Jack Grealish is often tasked with delivering in the big moments, whether it is with an assist or a goal.

However, ahead of City’s clash with Leeds on Thursday, Grealish tried his hand at delivery parcels round Manchester instead.

For one day only, the £100million signing donned the Amazon uniform and helped one of the company’s drivers Jack – who is also a City fan – deliver parcels around the city.

The video begins with the pair strapping themselves in, before Grealish asks: ‘Any tunes?’

As they do their designated route, the two Jacks converse on a number of topics, including City and Erling Haaland’s start to the season, their shared love for music and the ins-and-outs of being a delivery driver.

Grealish asks his co-worker for the day what he makes of Haaland’s start to life at the Etihad, which Jack responds: ‘He’s incredible, isn’t he?’ 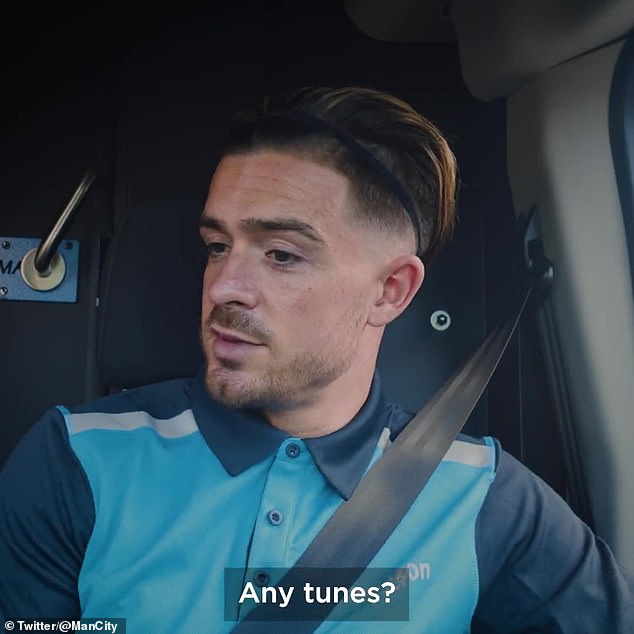 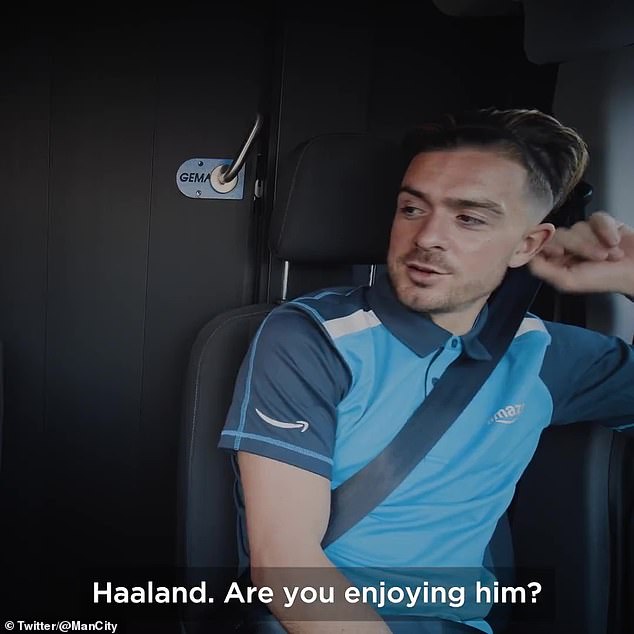 Grealish jokes that although the Norwegian goal machine has scored 24 times in 19 appearances for City so far, he fluffed a chance when laying it on a plate for him.

‘I passed him one and he missed,’ Grealish told Jack. ‘I said “I need these assists, Erling!”‘

As the pair continue with their shift, Grealish says that he wants to become a DJ – something he previously revealed in October during a car journey with Josh Denzel. 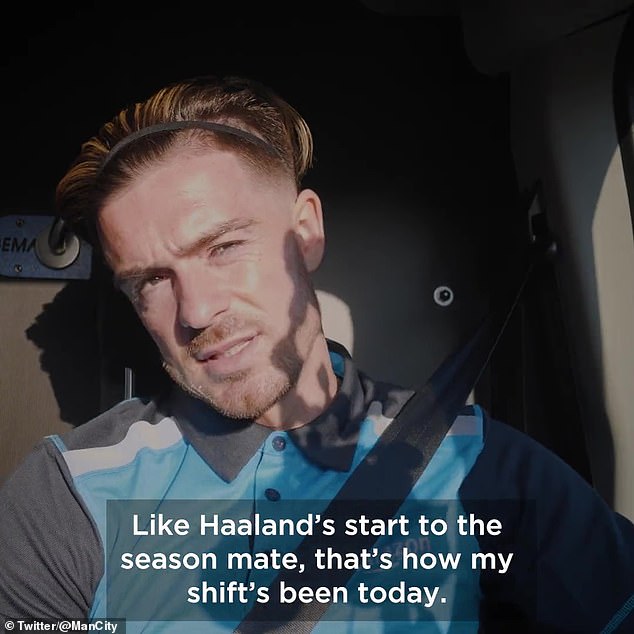 Asked how he thought his shift had gone, Grealish compared it to Haaland’s start to the season 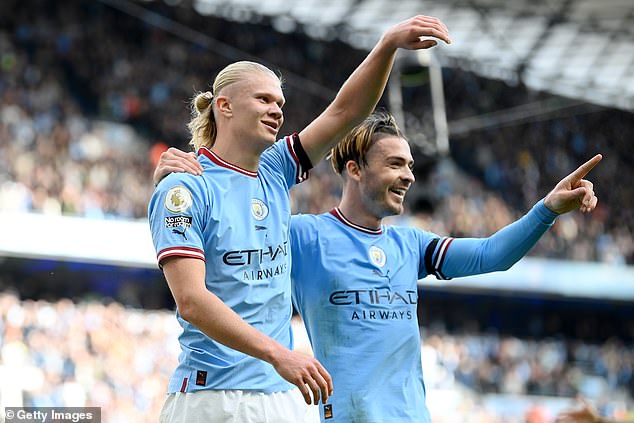 The 27-year-old goes on to reveal that he buys all of his headbands for games off Amazon before asking how Jack knows which parcel is which.

As their shift finishes, Grealish insists it was a ‘hard’s day graft’ before he’s asked by Jack how he thinks his first Amazon delivery driver shift went.

‘Ten out of ten mate!’ Grealish laughs. ‘Like Haaland’s start to the season mate, that’s how my shift’s been today.’