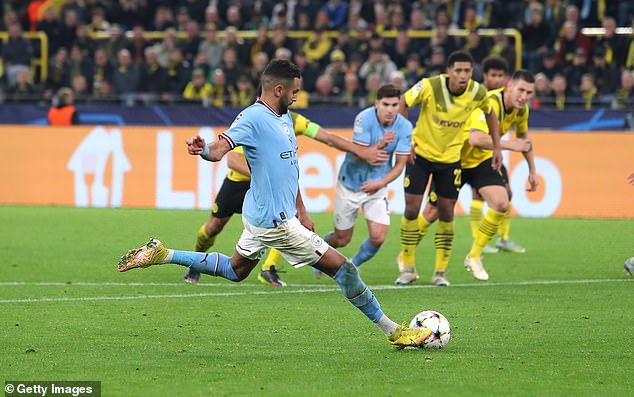 ‘Of course it’s a problem’: Pep Guardiola admits Manchester City have to improve after they missed yet ANOTHER penalty in their 0-0 draw with Borussia Dortmund… as City have now missed 25 of their 80 spot kicks under the Spaniard

However, a familiar issue continues to haunt Pep Guardiola’s side and this was evident again during their 0-0 draw with Borussia Dortmund on Tuesday.

In the 58th minute, after Riyad Mahrez won a penalty for City at the Westfalenstadion, the Algerian stepped up but saw his spot kick saved by Gregor Kobel.

Mahrez has now missed two penalties in a row, after failing to convert a spot kick in their previous 0-0 draw with FC Copenhagen in the Champions League – in total he has scored 10 out of his 14 penalties since moving to the Etihad in 2018. 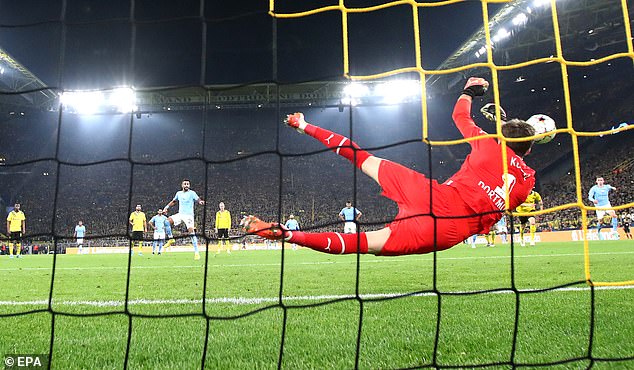 However, excluding penalty shoot-outs, City have now missed 25 of the 80 penalites they have been awarded under Guardiola.

This is the worst record of any Premier League club during that time.

When trying to explain what the reason was for their poor record from 12 yards after the game, the Spaniard admitted it was an issue for his side.

‘Of course it’s a problem, We have missed 24 or 25 penalties since I’ve been here – most of them in the Champions Leauge. It’s too much.

‘I always admire the courage to take them, but of course we miss a lot of penalties. 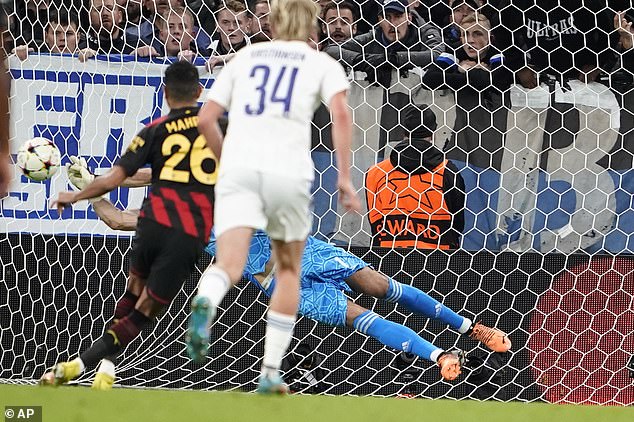 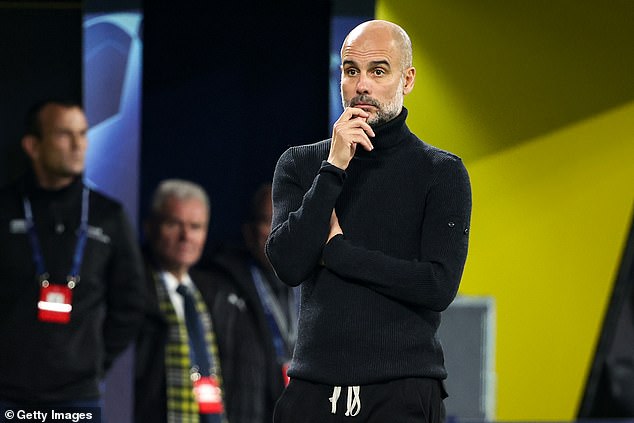 ‘We missed one in Copenhagen and here as well. In this competition it’s fine margins.

Former City defender Joleon Lescott claimed the variety of penalty takers that the club have used could be a potential reason for their poor record from the spot.

He told BT Sport:  ‘I’ve never had the courage to take that penalty so I don’t know what it’s like to take them even though you’ve missed.

‘I don’t think it’s helped that there hasn’t been that consistency. I think Riyad has been that taker, De Bruyne has taken them, Gundogan, now Haaland.

‘I think in all the teams we’ve played in, there’s always been one consistent penalty taker.’ 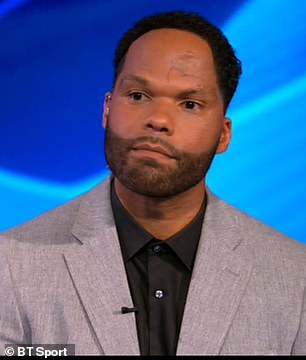 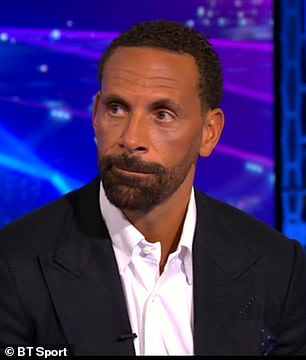 Rio Ferdinand echoed the problematic nature of their poor record and believes that there is now even more pressure on City when they are next awarded a penalty.

He said: ‘There will now be a nervousness around them given that they’ve missed so many and it’s become a bit of a talking point.

‘The fact that the manager has highlighted it there – and he would have spoken to them about it in the dressing room.

‘The next player that steps up, yes there’s pressure but it’s heightened because they have missed so many.’