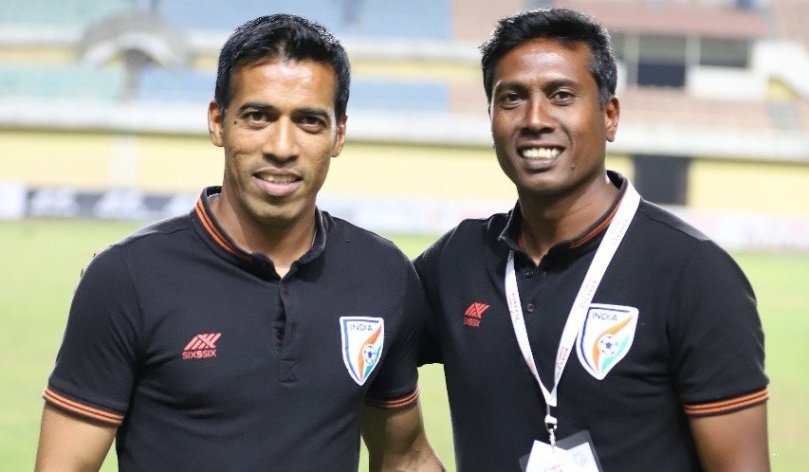 India U20 Football Coach: Former India defender Mahesh Gawli was appointed as the head coach of Under-20 men’s side, the All India…

India U20 Football Coach: Former India defender Mahesh Gawli was appointed as the head coach of Under-20 men’s side, the All India Football Federation (AIFF) announced on Sunday. Gawli will replace Shanmugam Venkatesh who stepped down after India failed to qualify for the AFC U-20 Asian Cup.  For more Football related news, Follow InsideSport.IN.

The decision was taken by the IM Vijayan-led All India Football Federation technical committee here.

“The committee recommended that former Blue Tigers defender Mahesh Gawli take over as the head coach of the India U-20 men’s National team,” the AIFF stated.

Besides being in charge of the U-20 side, Gawli will continue to be Igor Stimac’s deputy in the senior side, it added. Venkatesh’s side failed to make the cut from the U-20 Asian Cup Qualifiers in Kuwait City after finishing third behind Australia and Iraq in their group

Having come to the tournament winning the SAFF Championship, the U-20 side began their campaign, going down to five-time Asian champions Iraq 2-4. They suffered a 1-4 defeat to Australia and signed off with a 2-1 win over the hosts Kuwait. The AIFF also roped in former India captains Oinam Bembem Devi and Harjinder Singh (senior) as chief of women’s and men’s scouts respectively. The AIFF also recommended to conduct the Elite Youth League in December across multiple venues.

“States that have already completed their youth leagues can nominate two teams, while others can nominate clubs from the ISL, I-League and other residential academies. “Players born between January 1, 2006 and December 31, 2008 will be eligible for the league,” the AIFF stated.

It was also decided to send the U-17 men’s national team for exposure trips to higher ranked countries like Belgium, Saudi Arabia and Qatar in a bid to prepare it for the AFC U-17 Asian Cup 2023. The committee also shortlisted Vivek Nagul, Hilal Rasool and Santosh Kashyap for the technical director’s post. The trio will be interviewed and the recommendation will be sent to the executive committee by November 15.