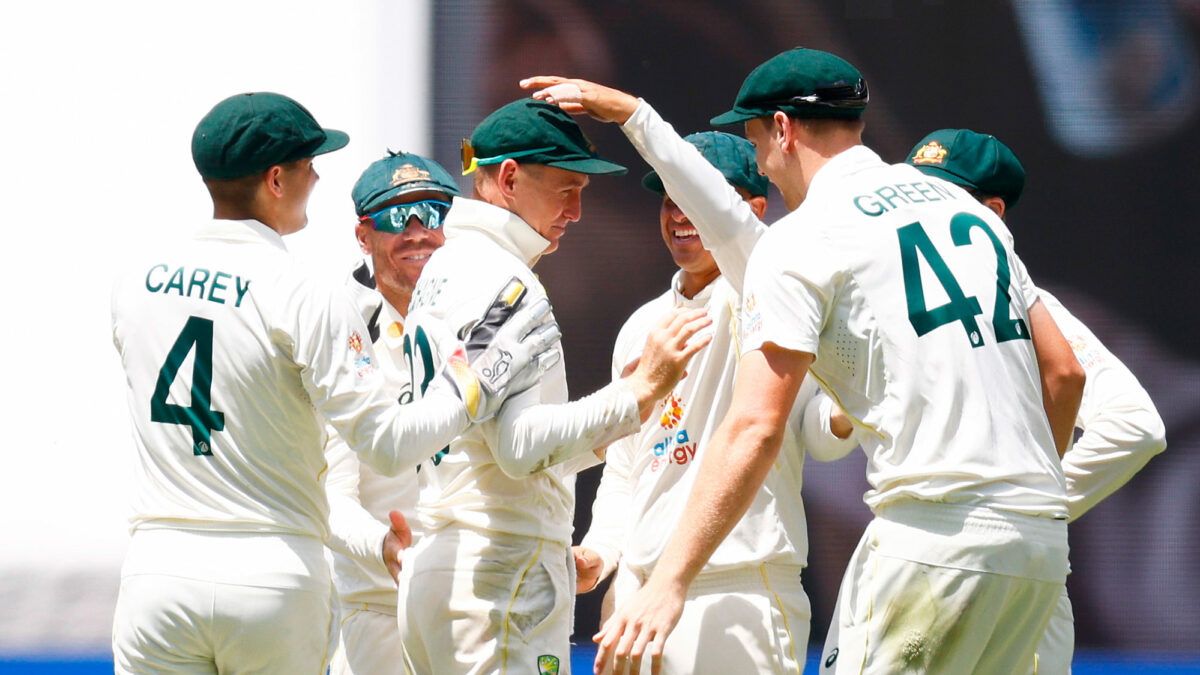 No one, least of all Dean Elgar, should have been surprised when Marnus Labuschagne nailed the non-striker’s stumps in the minutes before lunch on Boxing Day with the South African captain short of his ground.

Even fewer should have been taken aback by his equally spectacular effort at cover on the other side of lunch, leaping like a salmon to catch Khaya Zondo at full stretch.

Then there’s the countless times today he saved runs with a diving stop off an Elgar or Sarel Erwee cover drive: they don’t make the highlights reels, but everyone in the Australian set-up will know and remember them all.

His batting feats have dominated discussion throughout his Test career, but under the radar has been Labuschagne’s fielding. Right now, few if any in world cricket are better.

In fact, I’ll go further: he is the best fielder to play for Australia since prime Ricky Ponting prowled anywhere between cover and backward point throughout the 1990s and 2000s.

He has a rocket arm, a brilliant set of catching hands, catlike reflexes and sneakily elite athleticism – and he makes magic happen time and again. To have two of these attributes usually makes for an excellent fielder, but to have the whole package is simply remarkable.

See also  PBKS vs DC: Was Definitely Chaseable But We Lost Too Many Wickets

Often, especially at short leg, he makes things look deceptively easy – perhaps that’s why his efforts in the field have gone so unnoticed throughout the four years since his Test debut and amid his rise to the top of the ICC’s official batting rankings.

Labuschagne’s direct hit to run Elgar out was his fifth direct hit in international cricket in 2022 alone. To start the year, he swooped in from cover to splatter Rory Burns’ stumps in the Ashes.

Then in Lahore a few months later, he hustled in from mid-wicket, picked up one-handed, turned and threw down Babar Azam with maybe one and a half stumps to aim at. Bullseye again.

Then just a few days later in Karachi, a mirror image of the Burns dismissal: Pakistan’s Hasan Ali made to pay full price for a fatal hesitation mid-pitch by the Queenslander.

The most impressive of the lot might have been this one from point in an ODI against Sri Lanka mid-year: with one stump to aim at, Marnus was never going to miss.

By the time Boxing Day rolled around, Elgar should have known this isn’t a man to take on in the field. Apparently not.

Five run outs in a single year is utterly ridiculous. By comparison, Ponting, who sent more stumps flying than any other fielder in recorded history, ran 80 players out in 560 international matches. One in seven: Labuschagne this year, with 26 games under his belt including Boxing Day, is going at one in five.

It’s not like this has just been an uncommonly good year from him: check out this long-range direct hit (while wearing a helmet!) in the New Year’s Test against India in January 2021.

… and just for good measure, here’s another one I found from this year, while playing for Glamorgan in county cricket. Never run on a misfield, especially when Marnus is about.

Having a laser for an arm is one thing, but it’s only part of the package with Labuschagne: over the years, he has taken a number of superb catches whenever he fields.

Ask any cricketer and they’ll tell you the worst place to field is under the lid at short leg, especially to the spinners. Labuschagne not only loves the challenge, but he’s also exceptional: his first taste of the limelight was, after all, a great reflex catch as a sub fielder against India in late 2014.

The short leg catch he took against Pakistan in his first Test series as an actual player, off the pace of Mitchell Starc, was somehow even better.

Yes, he didn’t take it cleanly, but it takes a) incredible reflexes to get your hands anywhere near a ball travelling that speed, and b) great presence of mind to keep cool when a ball has just been pinged into your person.

His catch on Boxing Day was magnificent as well. It’s a mark of the great fielders that they make the difficult look routine: this was a tremendously tough take handled, in the words of Bill Lawry, ‘clean as a whistle’.

As I recall, he had a poor match where he dropped a number of catches in close against Pakistan at the Adelaide Oval in 2019. Aside from that, it’s hard to remember him putting anything to grass at all.

Australia has had no shortage of great fielders in recent times: since prime Punter, Steve Smith, pre-shoulder injury David Warner and Andrew Symonds are definite contenders for Marnus’ title.

Smith has taken a number of incredible one-handed screamers over the years, and no doubt has equally as good hands as Labuschagne. However, he doesn’t have close to the same body of work when it comes to run outs, and putting ‘Steve Smith dropped catch’ into Google yields plenty more results than it does for Marnus.

In fact, looking at it closely I’d argue Smith’s hands get him out of trouble a lot more than we ever realised: he often seems to pick the ball up slightly late (especially against the pink ball), his hands can often get into dodgy positions in the slips, but in the end his brilliant hand-eye coordination and sticky mitts save the day more often than not.

The two catches he shelled against Pakistan in Brisbane in 2016 in a day-night Test are a great example.

Warner has been exceptional in both facets – capable of run outs like this:

… and catches like this, both in that glorious summer against England in 2013/14.

However, my argument against Warner is that he lacks the body of work that Labuschagne does. Both are equally spectacular, and have all fielding facets covered – at least, Warner did until his wrecked shoulder forced him permanently into the slips cordon, where he remains a safe pair of hands – but to my knowledge, Dave hasn’t hit the stumps with quite the regularity of Marnus. He’s rarely ever been under the lid, either.

The late, great Symonds is the most obvious rival for Labuschagne – he too was incredible in the field in every aspect, to the point where he was a veritable quadruple threat with bat, medium-pace and canny off-spin as well.

My only caveat against Symonds in this regard is that a lot of his best work came alongside prime Ponting, so he can’t really be said to have come after him, can he? And between the pair, I’d probably have to give the edge to the captain, whose only rival for best fielder of all time is South Africa’s Jonty Rhodes. Still, no shame being beaten by the best, though.

Still, since prime Ricky Ponting, Marnus Labuschagne is as good – or indeed, even better – as any Australian fielder. It’s time we all collectively realised just how exceptional he is.