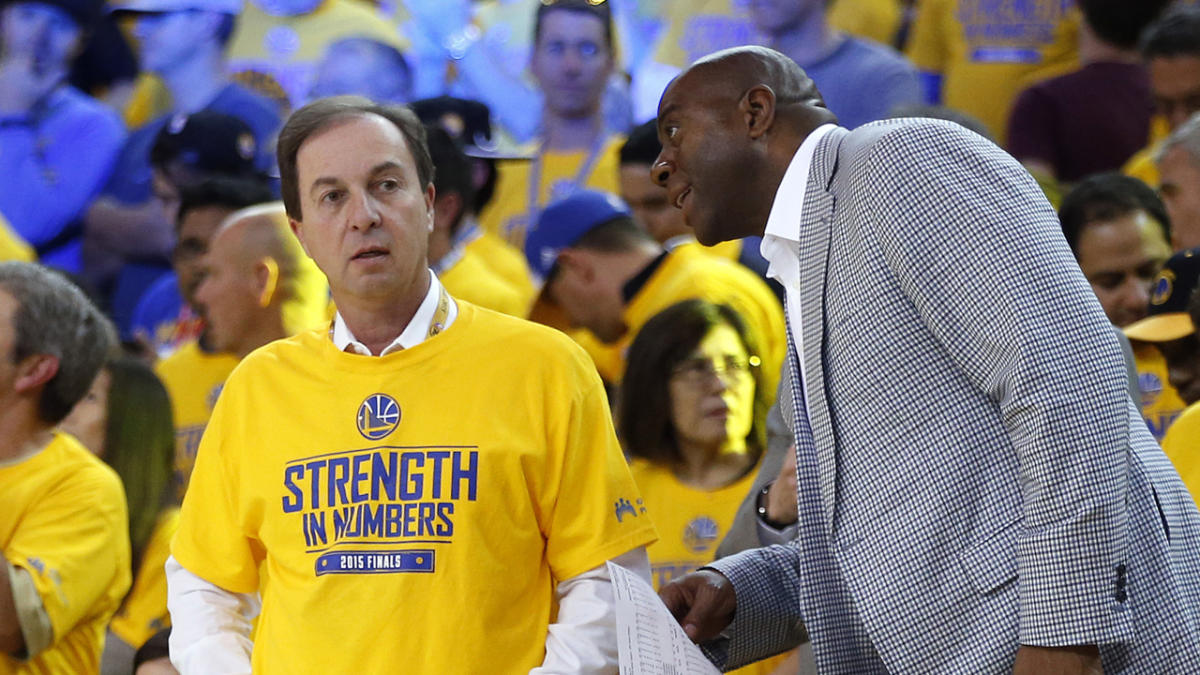 Magic Johnson is an NBA legend, but the former Los Angeles Lakers great and business mogul has yet to invest in one of the league’s teams.

But that isn’t for lack of opportunity.

While Johnson is part owner of two Los Angeles sports franchises in the MLB Dodgers and WNBA Sparks, he recently revealed he once rejected a chance to purchase a stake in the Warriors.

“I do [want to own an NBA team], just the right situation,” Johnson told Shannon Sharpe on the “Club Shay Shay” podcast (h/t Jonathan Sherman of Lakers Daily). “But I’m such a Laker fan, I don’t know if I can do it.

“… I’ve had four opportunities, and I turned them all down. [Warriors owners] Joe Lacob and Peter Guber sat down for lunch with me in Santa Monica: ‘We want you to be our partners with the Golden State Warriors.’ I love both men. I just couldn’t do it. I’m a Laker. I love the Lakers.”

Lacob and Guber purchased the Warriors for $450 million in 2010. Johnson didn’t mention when his lunch with the two owners took place, but in the 12 years since the pair bought the team, Golden State’s value has gone up more than tenfold since then.

The franchise’s value was calculated at $5.6 billion in October 2021, while Lacob’s 25 percent stake in the Warriors is worth more than $900 million alone, net of debt, per Forbes.

And as the Warriors’ monetary worth increased, so did their status in the NBA. Lacob and Guber have helped bring four Larry O’Brien Trophies to the Bay since 2010 — and Johnson certainly has to wonder what could have been had he taken the pair up on their offer.

Still, though he has no immediate plans to venture into NBA ownership, Johnson told Sharpe he’s always willing to lend his mix of basketball and business knowledge to potential and current owners alike.

“All of them come to me still, and I help them all out,” Johnson said. “That’s just who I am.”