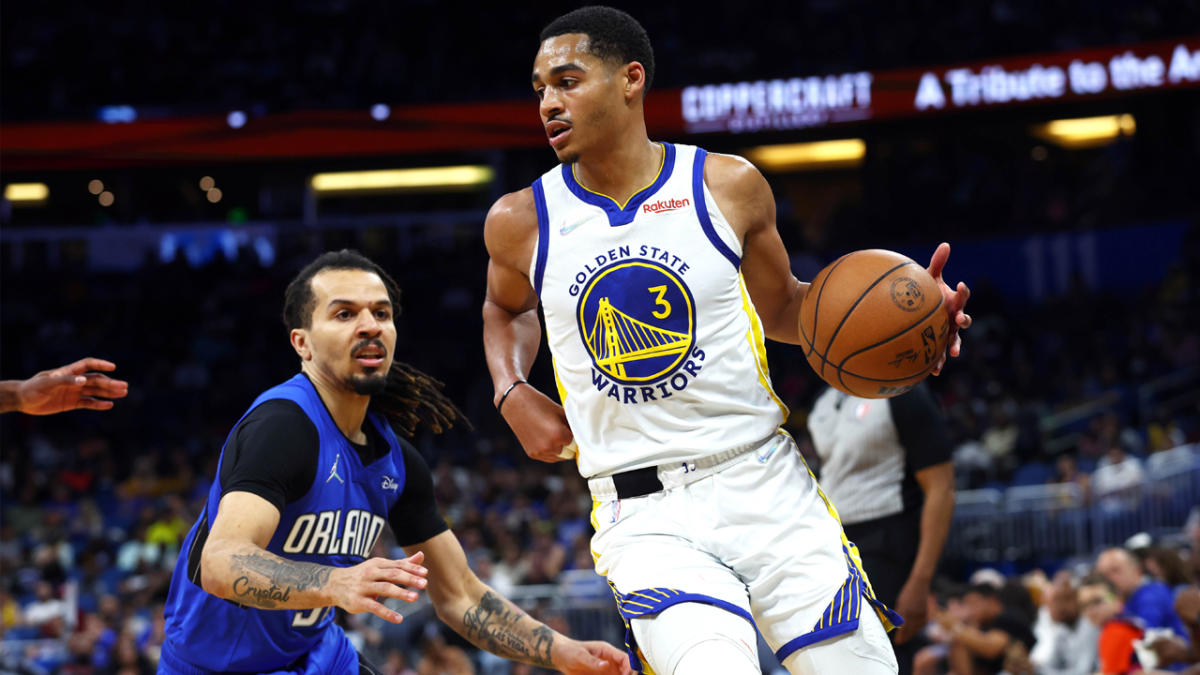 For the moment, everything surrounding the Warriors appears to be great, considering they are coming off their fourth NBA title in eight years. But things are about to get quite tricky for team president Bob Myers and the rest of the front office.

While the Warriors will head into the 2022-23 NBA season with a solidified roster, how the team will look beyond the upcoming season is a huge question mark.

Jordan Poole is among the long list of players the Warriors will have to make a decision on. He had a breakout 2021-22 season and currently is eligible to sign a rookie extension. But the two sides have yet to agree to a new deal and if no pact is agreed to by Oct. 17, the Michigan product will become a restricted free agent next summer.

See also  In the wake of the Udoka affair, NBA coverage is in need of an overhaul

That distinction would give the Warriors the right to match any offer Poole receives from another team, but as an anonymous Eastern Conference executive told Heavy.com’s Sean Deveney, Golden State might not be in a position to keep Poole, even hinting at a up-and-coming team that might have roughly $60 million in cap space to lure the 23-year-old guard away from the Bay Area.

“I’d watch out for the Magic to be ready to make an offer if he’s restricted, knowing there’s a good chance Golden State is not going to match,” the executive told Deveney.

The Warriors spent over $340 million this past season in salary and luxury tax on their roster and they likely are going to spend a similar amount during the upcoming season. CEO Joe Lacob has been willing to spend money on the roster as long as the team can compete for the NBA championship.

See also  76ers getting ready for Heat, and Rivers is wasting no time

And if Jonathan Kuminga, James Wiseman and Moses Moody reach their potential, the Warriors will have to try to pay them.

“They bring in a lot of money,” the executive told Deveney. “They can do things most other teams can’t as far as keeping their talent in place. But even with that there are some limits. They made a choice with [Gary] Payton [II]. They’re going to go through that again here.”

Per Spotrac.com, Poole currently is eligible to sign a rookie extension worth $185 million over five years, which is a hefty price tag for the Warriors to swallow. And as Bleacher Report’s Jake Fischer wrote in July, the best bet for the Warriors might be to let Poole play out the final year of his rookie contract at $3.9 million and see how he performs before deciding how much to offer him in restricted free agency.

The Warriors have several big decisions to make over the next few years, and it’s clear other teams around the NBA are waiting to pounce should the defending champs be forced to let key pieces of their roster test the open market.