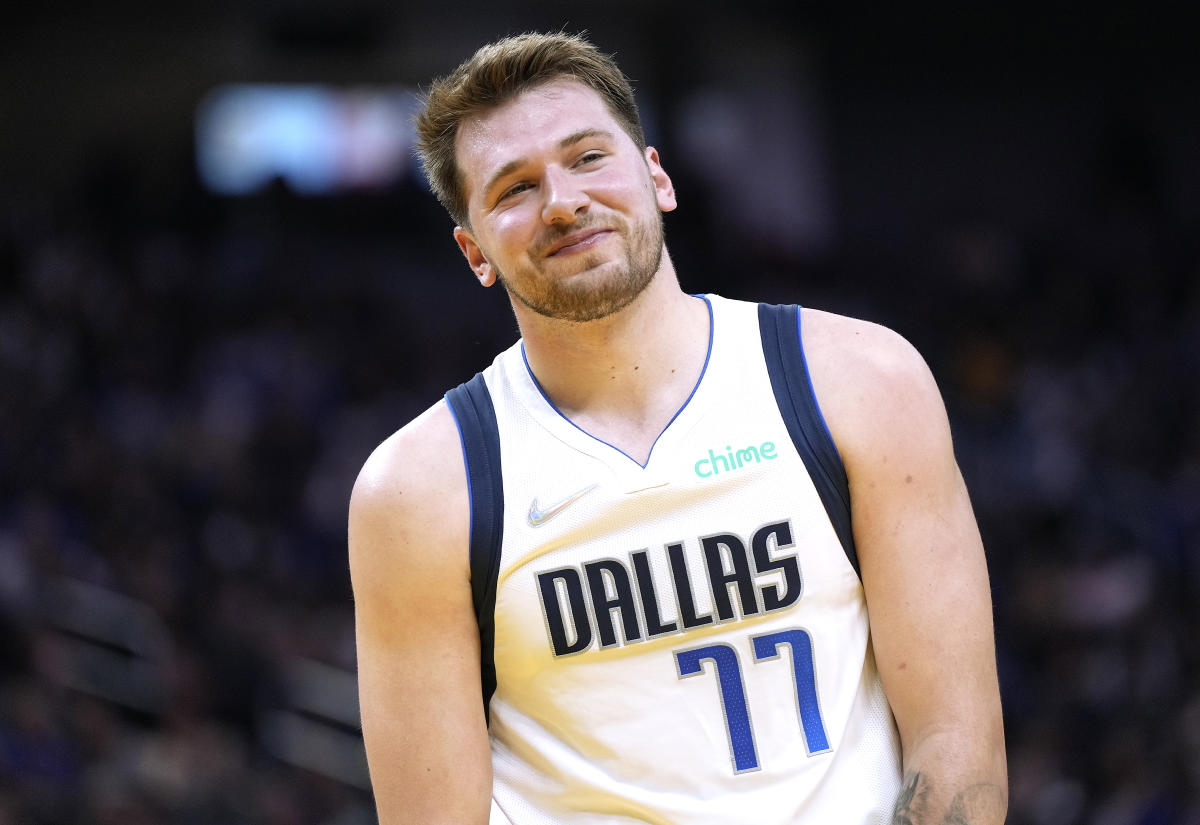 Once the Dallas Mavericks decided it was never going to work with Luka Doncic and Kristaps Porzingis, and they’d be better off with Doncic doing it all, they got better.

Porzingis and Doncic together looked great on paper and it just didn’t mesh. Porzingis was hurt again, got traded and the Mavericks seem to be better off for it. Porzingis’ last game with the Mavs was Jan. 29, and after losing two straight right after he got hurt, they’ve gone 8-2. In one of those losses they covered the spread, meaning they’re 9-1 against the spread (or 8-1-1 if you didn’t get the best number against the Lakers on Tuesday, when Dallas won by 5) in their last 10, all without Porzingis. Porzingis has yet to make his Washington Wizards debut due to a bone bruise in his knee.

The Mavericks get a good test on Thursday. They’re 1.5-point home underdogs at BetMGM against the Golden State Warriors. The Mavericks won at Golden State on Sunday, which was a sign that the post-Porzingis era might be OK.

See also  Sixers discuss whether to rest their stars in season finale vs. Pistons

Doncic is doing it all, as he should. He has games of 51, 45 and 49 points during the Mavericks’ hot streak. He’s averaging 33.2 points of Dallas’ last 10 games. Six times he has reached double digits in rebounds and four times he has reached double digits in assists. He has been unbelievable lately. Spencer Dinwiddie and Davis Bertans, both acquired from Washington in the Porzingis deal, have been fine role players around Doncic’s greatness.

Doncic is one of the NBA’s premier talents. The Mavericks haven’t really been able to figure out the perfect fit around him yet. Porzingis wasn’t it. Now that the Mavericks shipped him off, Dallas looks dangerous. They beat the Warriors a few days ago, and there’s no reason they can’t do it again.

Here’s a first look at the sports betting slate for Thursday:

What else is in the NBA?

There are seven games. The Miami Heat (who came through with the cover after being the best bet here yesterday) are at the Brooklyn Nets and are favored by 3.5. It’s hard to take them after such a hard-fought loss against the Bucks on Wednesday night, but it’s also not comfortable taking a shorthanded Nets team.

Are there any marquee college basketball games?

We finally get to see some top seeds in a conference tournament, as the NEC quarterfinals start. The semifinals are Saturday and the championship game is Tuesday.

See also  Bradley Beal trying to get to Philadelphia

The PGA’s Arnold Palmer International gets started. It will feature most of the game’s biggest names, and Yahoo Sportsbook’s Pamela Maldonado has your betting picks for it.

I’ll go with Michigan State. Ohio State has hit a wall lately, including an awful home loss against Nebraska last weekend. Michigan State has been in a funk too, but I think that’s too many points for the Spartans.