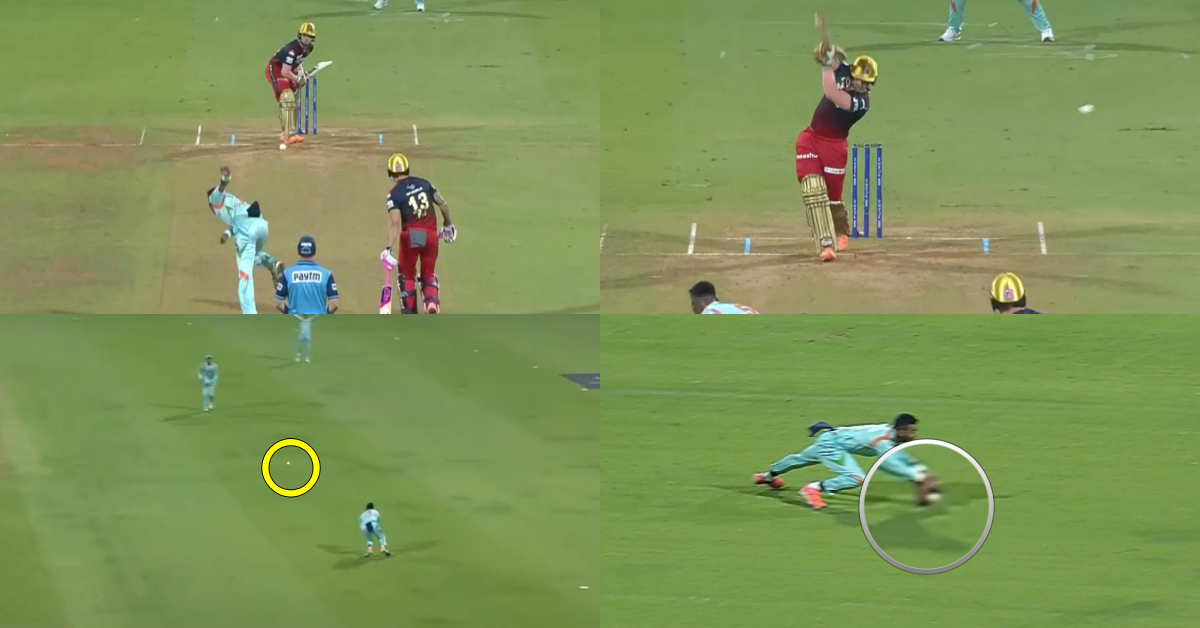 KL Rahul took a great catch to get rid of Anuj Rawat in the very first over of the match.

Anuj Rawat’s poor run in the Indian Premier League continued as he was dismissed for just 4 runs.

Earlier in the day, Lucknow Super Giants won the toss and chose to ball first. Both the sides were unchanged.

RCB didn’t have a great start to their innings as apart from a couple of extras, Anuj Rawat struggled against the moving ball of Dusmantha Chameera.

He did hit him for a four straight down the ground by dancing down the pitch but on the very next ball, he tried to hit a fuller ball on the offside but did not time the ball at all.

The ball went towards KL Rahul who covered a good distance to reach the ball and caught it just above the ground. It went upstairs, but the umpire gave the verdict in favour of LSG.

RCB had shown a lot of faith in Anuj Rawat as he has been backed fully by the franchise but he hasn’t yet repaid the faith. In 7 games so far, he only has one 50+ score.

This has meant that RCB’s top order has struggled to get good partnerships at the top. It’s despite the failure of the top order RCB has 4 games out of the 6 they have played so far.

RCB’s been winning their games purely because of the performance of their middle and lower-middle order, particularly the likes of Dinesh Karthik and Shahbaz Ahmed has been brilliant for them.