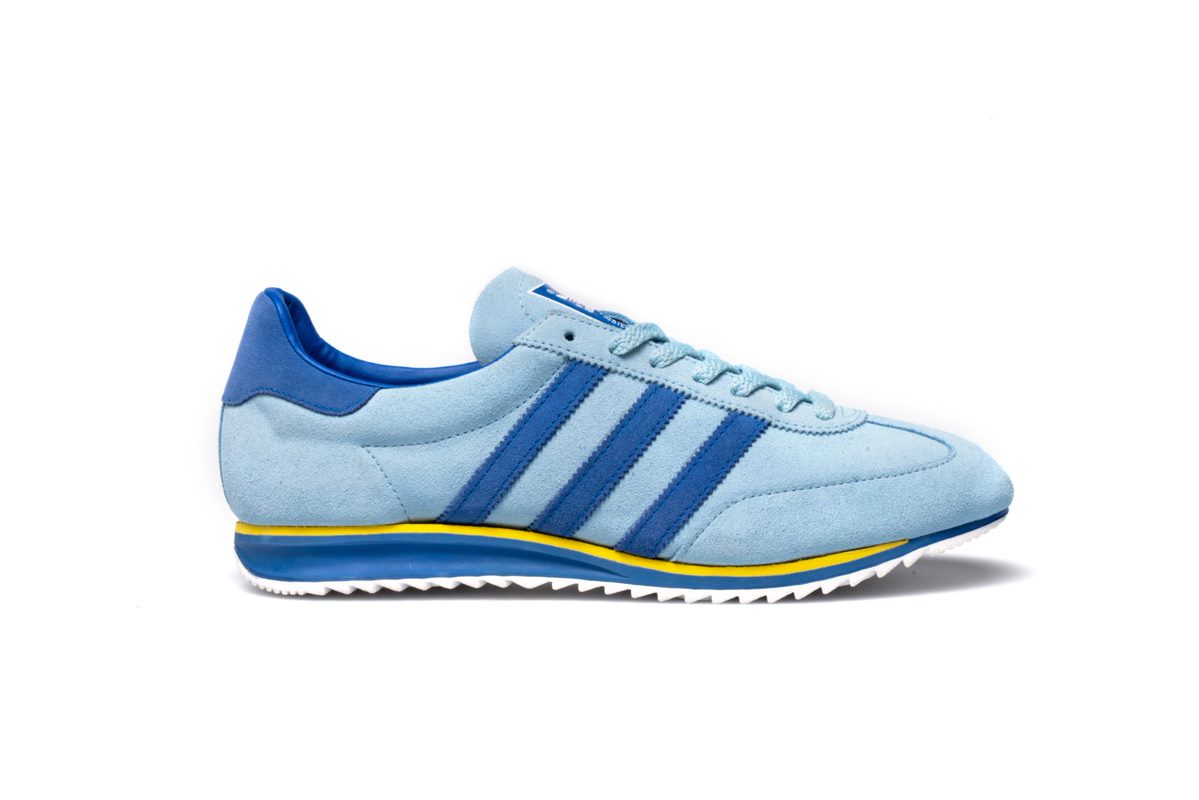 We’ve got something special for you in this weeks size?previews episode. Celebrating our brand new adidas Originals Hub, Luke and Binns take a deep dive into the ?exclusive adidas silhouettes which we released over a decade ago. Kicking off our look back at adidas Originals ?exclusives of times gone by, this episode showcases our releases from 2010 and 2011. We dug through the archives and cast our attention back, rediscovering releases like the adidas Originals Jeans, Malmo and the lauded Anniversary City Series ‘Dublin’ – to name a few.

Starting off, we have the one and only, adidas Originals Jeans. A shoe fashioned around the notion of teaming trainers with – you guessed it – jeans, our exclusive collection looked back to the original 1979 release for inspiration. The duo included a blue and a burgundy pair and of course, that classic serrated sole which really sets this one apart.

An update for the all-purpose training shoe which originally debuted in 1979, our exclusive München release saw a fresh crop of colourways in 2010. We released a classic red version and a lesser-versed black colourway, both with mesh on the uppers and golden lettering on the lateral side for a proud dose of heritage.

A shoe synonymous with the ‘80s and the city of Liverpool, we released the SL80 in 2010. A shoe which is almost regal in its appearance, this one showcases golden accents in the upper teamed up with navy for an OG colouring. Outstanding execution, and an outstanding silhouette.

See also  How to breathe and run- there’s a belly breathing technique to master.

We can’t talk about our ?exclusives, without talking about the Anniversary City Series. Our collection of the 2010 series was somewhat depleted thanks to numerous moves and relocations over the years, so huge thanks to David Smith for lending us part of his collection.

Kicking off with Birmingham, this was one of the brand new cities we introduced to the series. It came with Cadbury’s colours through the upper – the factory is based in the city – and remains a true, community centred masterpiece. This indulgent offering is dressed in purple suede, combined with creamy accents and the series’ shiny golden labelling.

As we headed into summer in 2010, Our Anniversary City Series ventured over the water to Dublin, as we celebrated our 10th anniversary in 3-Stripe style. Dressed in rich blue wax leather with bright red accents, the Dublin is a standout in this pack. Arriving with luxe golden details and ‘1/500’ labelling etched onto the heel, this one’s a thing of real rarity – and beauty.

Another newbie we added to the pack was the Glasgow. A shoe which divided opinion upon its release due to the white tooling used, we dressed the uppers in dark blue paired with salmon pink, while the handwritten labelling to the lateral sidewall shines in a golden tone.

In 2011, we had the honour of working on the legendary Malmo. This trio of colourways were released to huge anticipation, and included the most lauded colour up of all – the OG yellow and blue. Released as part of the size? worldwide exclusive, the adidas Originals Malmo certainly lived up to its reputation as a retro silhouette with bags of character.

A pack which is hailed for being ahead of it’s time, the 2011 Kopenhagen Pack serves up waxed canvas uppers for an unconventional approach to an absolute classic. A low-profile legend which offered waxy styling to the 3-Stripe brand, this duo was a real risk which paid off, earning it grail-like status amongst the community.

Another ?exclusive we had the opportunity to work on in 2011 was the Forest Hills. This duo of colour ups included the OG makeup of pristine white leather, golden striped sidewalls and a sunny yellow sole. A red-accented version also joined the roster, with both shoes perfectly encapsulating the tennis history behind the silhouette.

Last but certainly not the least, is the Montreal. Landing in 2011, this shoe which dates back to the ’76 Montreal Olympics saw two ?exclusive colourways. A silhouette which is striking straight from the off, it comes equipped with a fold-down, reinforced heel and timeless materials through the uppers, one in a rich blue and the other, a tanned iteration. Superb shoes, with superb detailing.