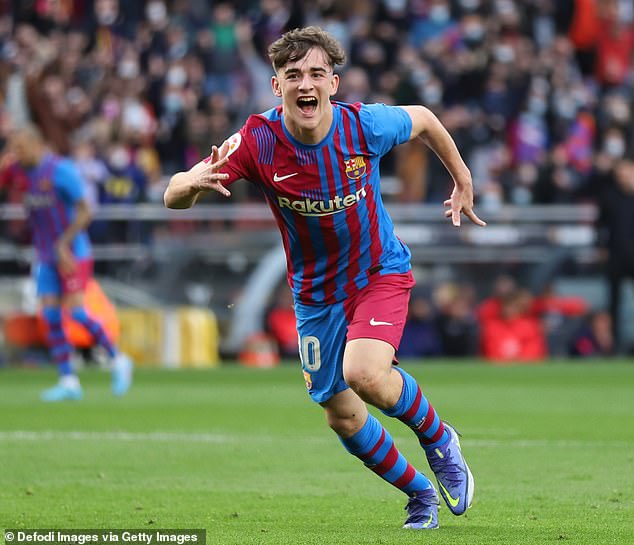 The teenager has been linked with a move to Liverpool with the Premier League club reportedly close to triggering his £43million release clause last month.

But Laporta confirmed the central midfielder, one of the most exciting players to graduate from Barcelona’s La Masia academy in recent years, is set to sign a contract extension until 2026.

Barcelona wonderkid Gavi, 17, is poised to sign a contract with the club through until 2026 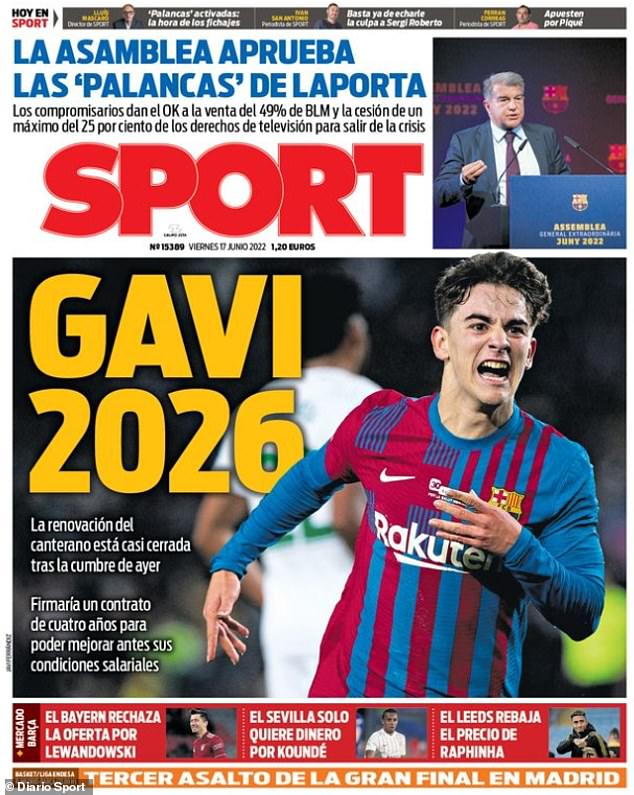 ‘Gavi’s new contract [negotiations] are about to finish,’ Laporta said on Thursday night, as reported by Diario Sport.

The player’s release clause is set to rise to £85m under the terms of the new agreement. 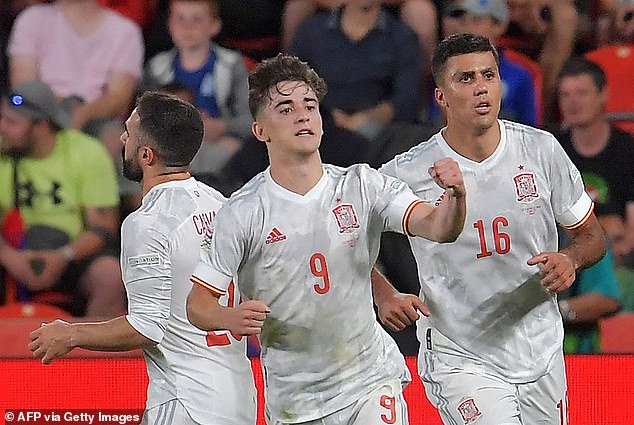 Initially, it was unclear whether Gavi, who featured in 47 games for Barcelona last season, would renew with his representatives feeling that Laporta was pressuring him to sign.

But those problems have now been overcome, ending Liverpool’s chances of signing him once the summer window opens.

The player’s club form has also seen him become a member of the Spain national team fold, scoring once in 10 appearances so far.

Gavi, who hails from Andalusia, has been at Barcelona since the age of 11 and made his senior debut in the 2-1 win over Getafe back in August last year.

He scored his first Barcelona goal in a 3-2 home win over Elche in December. 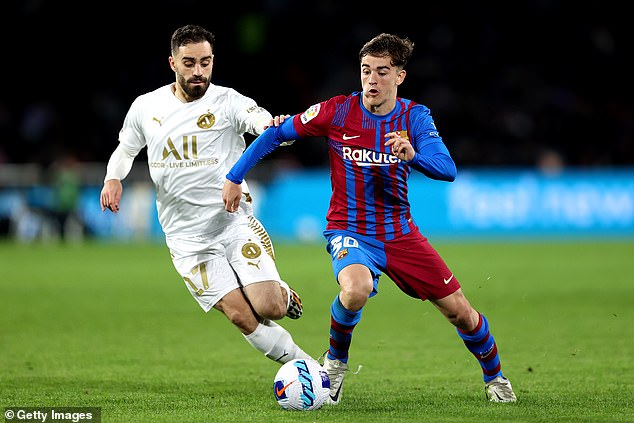