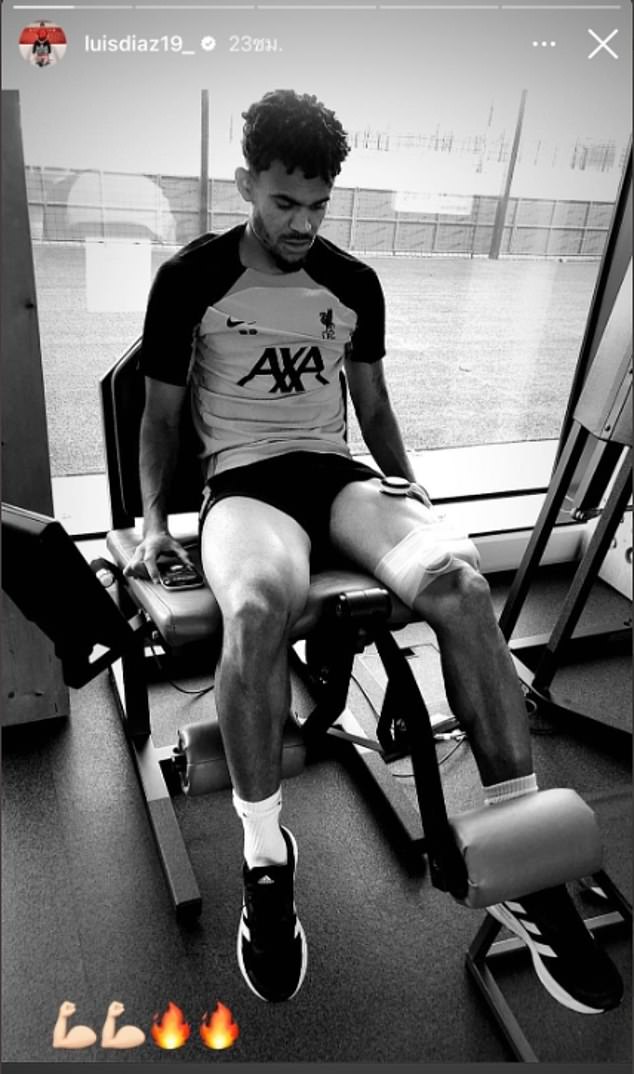 Liverpool star Luis Diaz is continuing his recovery from injury as he posted an update on social media.

The Colombian forward has been a revelation since joining Liverpool in a deal worth up to £50million from Porto back in January.

He excelled upon arriving at the club and has scored 10 goals and added eight assists in 38 games. 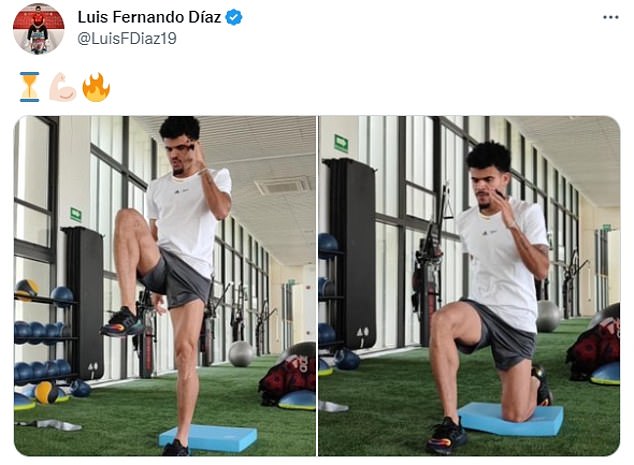 However, he limped off during Liverpool’s 3-2 defeat by Arsenal last month and has been missing with a knee injury ever since.

No exact timescale was put on Diaz’s absence, but it is reported that he will be out until at least after the World Cup.

See also  West Ham SLAMMED by fans as they sell beer at 'disgusting' price of £7.60 amid cost-of-living crisis

On his Instagram story, he shared a shot of him lifting some weights with his injured leg, which is protected by a bandage around his knee.

He captioned the photo with two bicep flex emojis along with two flames.

Diaz continued to show off his rehab work by also posting on Twitter. The Colombian shared a snap of him doing some leg work and, perhaps positively for Liverpool fans, he didn’t have a bandage on his knee. 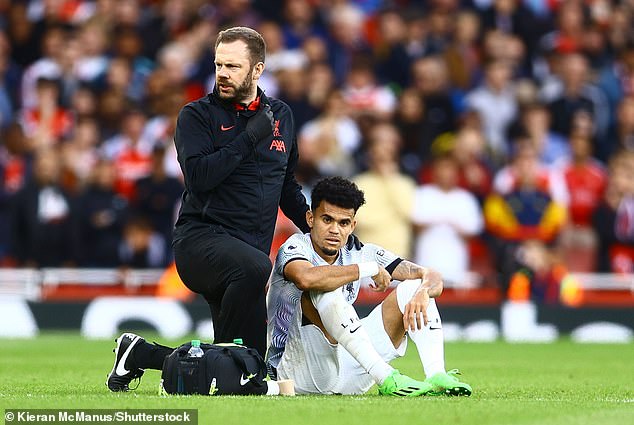 Diaz captioned the post this time with an hourglass emoji – suggesting time is ticking until his return, a bicep flex emoji and a flame.

The injury to Diaz has been coupled with Liverpool losing fellow forward Diogo Jota, who suffered a serious calf problem in the Reds’ 1-0 win over Manchester City.

The Portuguese forward is also set to miss the World Cup and therefore the six-week break in Premier League football is likely to come at a good time for Jurgen Klopp’s side.

Along with the injury troubles, they are also struggling in the league and currently sit ninth – eight points off the top four already.