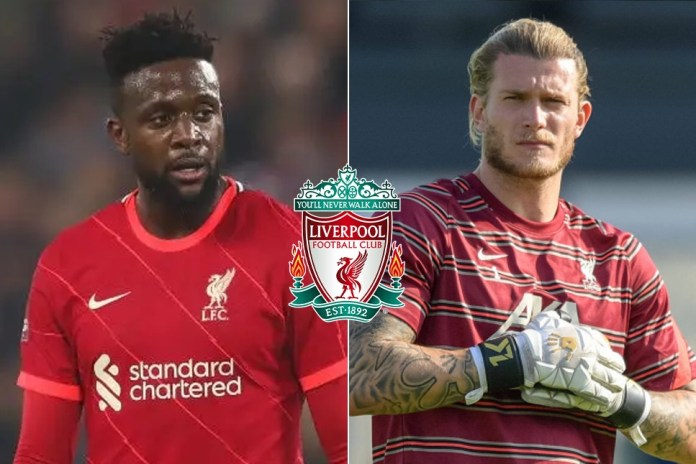 Origi, 27, has been a bit-part player since he joined Liverpool in 2014 but has scored vital goals including two in an astonishing comeback against Barcelona in the Champions League semi-finals in 2019.

The Belgium international has not played enough matches to trigger an extension to his contract.

“Thank you for an incredible eight years of service and leaving us with so many special memories. @DivockOrigi, Liverpool legend,” the club wrote.

A truly special journey, with iconic moments in our history delivered by @DivockOrigi time and time again…

Thank you for everything ❤️ pic.twitter.com/fXhc6y72TO

Karius became notorious for his error-strewn performance in the 2018 Champions League final against Real Madrid, and spent much of his subsequent Anfield career on loan.

Former first-team players Ben Woodburn and Sheyi Ojo have also been released, along with three members of the club’s academy.

Woodburn became Liverpool’s youngest goalscorer — a title he still holds — when he scored in the quarter-finals of the 2016 League Cup against Leeds at the age of 17.