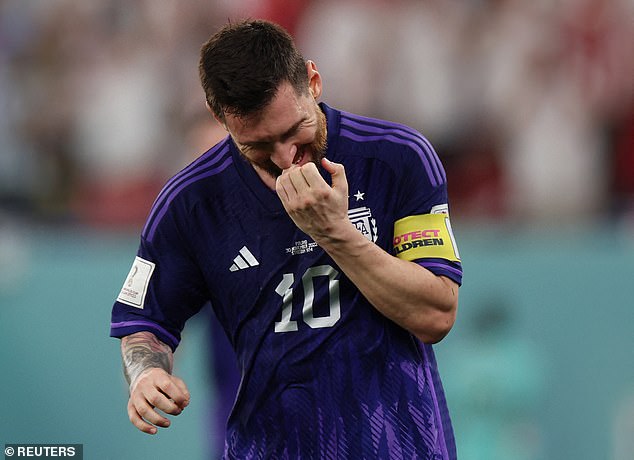 Argentina were awarded a dubious penalty after minimal contact from Wojciech Szczesny on Lionel Messi in the first half of Argentina’s Group C clash with Poland.

Messi then missed the all-important spot kick, with the former Arsenal goalkeeper saving his second penalty in as many games and continuing his country’s incredible record in the World Cup.

Polish goalkeepers have now saved four of their last six penalties at the World Cup, with Szczesny having saved two of those.

The decision to award the penalty came after a lengthy VAR check, with Dutch referee Danny Makkelie eventually pointing to the spot having waved away the calls for a spot kick initially.

And BBC commentator Danny Murphy was sceptical of the shouts for the penalty to begin with, saying: ‘It Didn’t look much in the replay, he (Messi) was actually going down, nah not enough.

‘I think his hand touched his face without much contact, I’d be amazed. 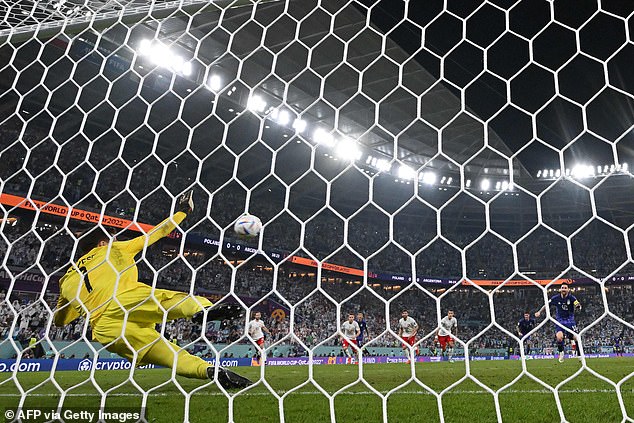 ‘Still not convinced, he gets a head on the ball and then a little tap in the face. Contact doesn’t always mean a penalty. Not for me. We can never predict VAR, why do we try.’

And once the penalty was controversially given, he added: ‘No not for me. Poor decision.’

As a result of his penalty-saving heroics against Saudi Arabia and now Argentina, Juventus stopper Szczesny has become just the third in history to save two penalties at a single World Cup after Brad Friedel (USA) and Jan Tomaszewski (Poland).

And Murphy was not alone in his scathing criticism of the decision, with pundits and fans alike taking to Twitter to voice their outrage.

Sportsmail’s own Oliver Holt wrote: ‘That is a very odd penalty decision.’

Sky pundit Jamie Carragher added: ‘That is a joke, that is never a penalty! Embarrassing VAR.’

And presenter Kyle Walker claimed: ‘That is possibly the worst penalty decision I have ever seen. Wow.’