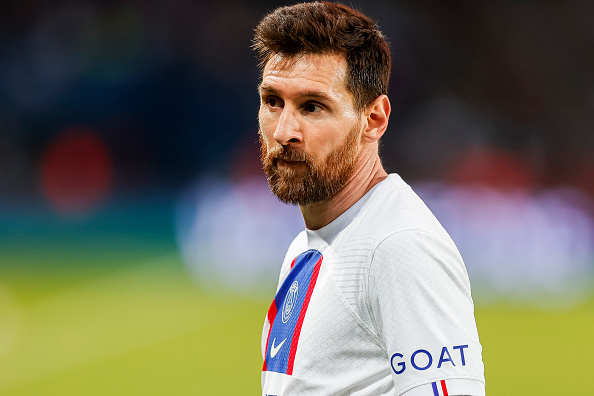 PSG vs Troyes HIGHLIGHTS: Ligue 1: Lionel Messi grabbed a goal and an assist to inspire Paris St Germain to a 4-3 comeback…

PSG vs Troyes HIGHLIGHTS: Ligue 1: Lionel Messi grabbed a goal and an assist to inspire Paris St Germain to a 4-3 comeback victory over Troyes on Saturday as they restored their lead at the top of Ligue 1 to five points. The result moved unbeaten PSG to 35 from 13 games, ahead of second-placed Lens who beat Toulouse 3-0 on Friday. Follow Ligue 1 LIVE updates on Insidesport.IN

Mama Balde had given mid-table Troyes the lead twice before Messi assumed control to score his seventh Ligue 1 goal of the season and take his tally of assists to 10 — a league-high.

PSG started slowly and Troyes needed just three minutes to stun the crowd at the Parc des Princes as Abdu Conte raced down the touchline to send a cross into the box where Rony Lopes set up the chance for Balde to volley into the net.

Troyes frustrated PSG but the home side remained patient and it paid off in the 24th minute when Neymar spotted Carlos Soler making a run, scooping a through ball into the box for the Spanish midfielder to round keeper Gauthier Gallon and score.

Balde restored Troyes’s lead seven minutes into the second half, receiving a cross on the turn and firing it low past keeper Gianluigi Donnarumma. He could have had a third when he tried to beat PSG’s high line before being denied by the linesman’s offside flag but Messi then quickly stole the show.

The Argentine first pulled the trigger from almost 30 meters to equalize with a sizzling strike before turning provider minutes later with an incisive through ball for Neymar to score as PSG went ahead for the first time in the match.

Gallon then brought Soler down in the box amid a mix-up with the defence and Kylian Mbappe got in on the act with a penalty as PSG’s star-studded attacking trio all found the net.

Troyes pulled one back in the dying stages when Ante Palaversa took advantage of shoddy marking to head home but PSG held on take the three points. Troyes remain in 11th place with 13 points.

In Saturday’s late kickoff, Olympique de Marseille missed the chance to move up to fourth spot when they were held to a 2-2 draw away at Strasbourg.

Bamba Dieng gave Marseille the lead in spectacular fashion when he latched on to a long ball from keeper Pau Lopez. Issa Kabore then doubled the lead when he finished a flowing team move to give the visitors a 2-0 lead at halftime.

Strasbourg fought back in the second half, with Lebo Mothiba reducing the deficit in the 76th minute when he found himself unguarded in the box and volleyed home the ball.

As Marseille tried to hold on in search of their first league win since September, Strasbourg striker Kevin Gameiro pounced on a weak clearance in added time to volley a sensational strike into the top corner. Marseille are fifth with 24 points while Strasbourg are 16th, a point above the relegation zone.