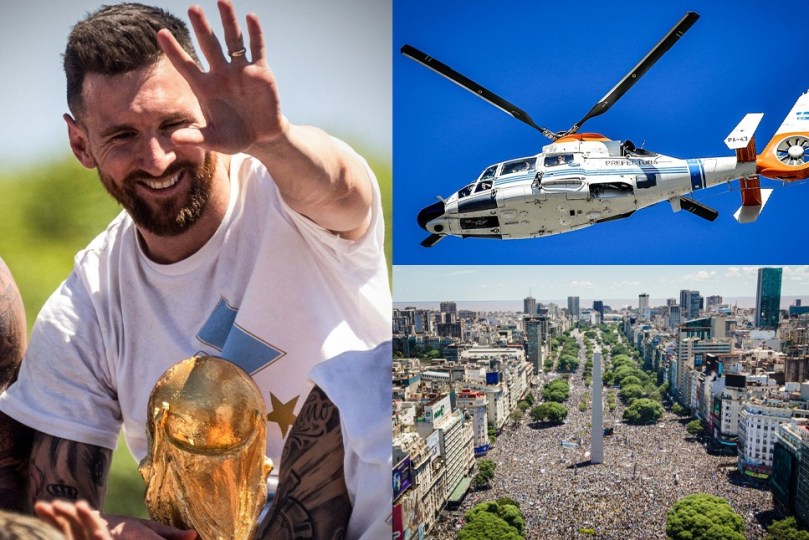 Lionel Messi Helicopter – Argentina Trophy Parade: As raucous 2022 World Cup trophy celebrations erupted in Buenos Aires on Tuesday, Lionel Messi and his Argentina teammates boarded a helicopter to depart the open-top bus run. The safety of the millions of fans who had descended onto the streets of Argentina’s capital had to be prioritised, so an open-air bus parade honouring World Cup heroes had to be suspended halfway through. Follow InsideSport.IN for LIVE updates about Argentina WC Trophy Tour

Players are already in helicopters 🚁

Authorities called off the march early due to security concerns after a turnout of up to 5 million people. Instead, the Argentina team’s captain Lionel Messi and his colleagues boarded helicopters for what the authorities dubbed an aerial parade flyover of the nation’s capital.

The procession path had to be changed since large crowds of supporters entirely blocked off portions of it. Some fans also attempted to jump onto the team bus, and at least 18 individuals are said to have been hurt as a result. 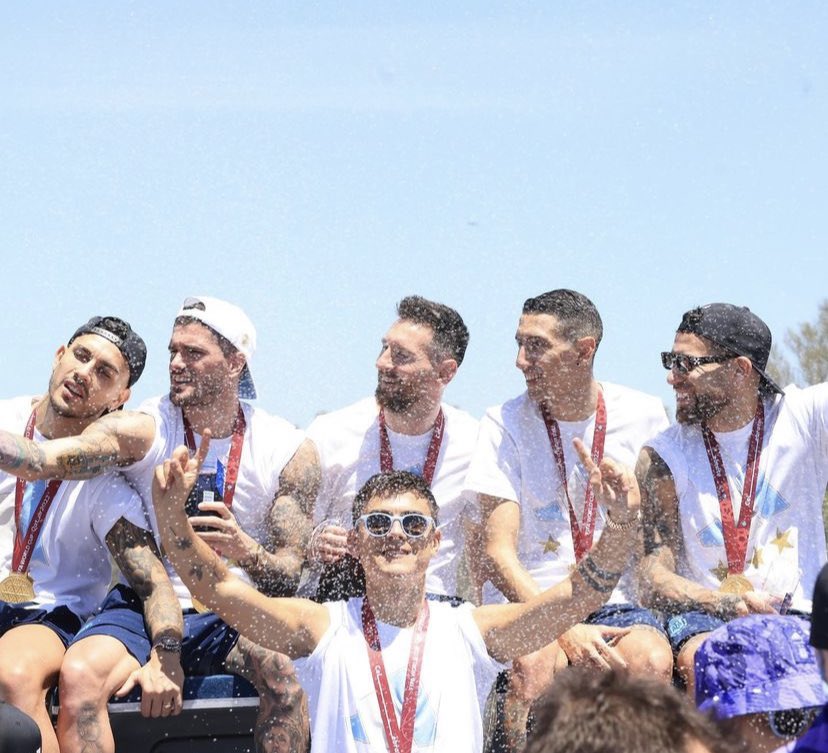 Before the players boarded helicopters to return to their training base just outside the Argentine capital, the team bus was forced to make a detour to a neighbouring school.

Claudio Tapia, president of the Argentine Football Association, released a statement on Twitter (h/t Grainger): “We were not allowed to arrive to greet all the people who were at the Obelisk, the same security forces that were escorting us did not allow us to move forward. A thousand apologies on behalf of all the champion players,” Tapia wrote. 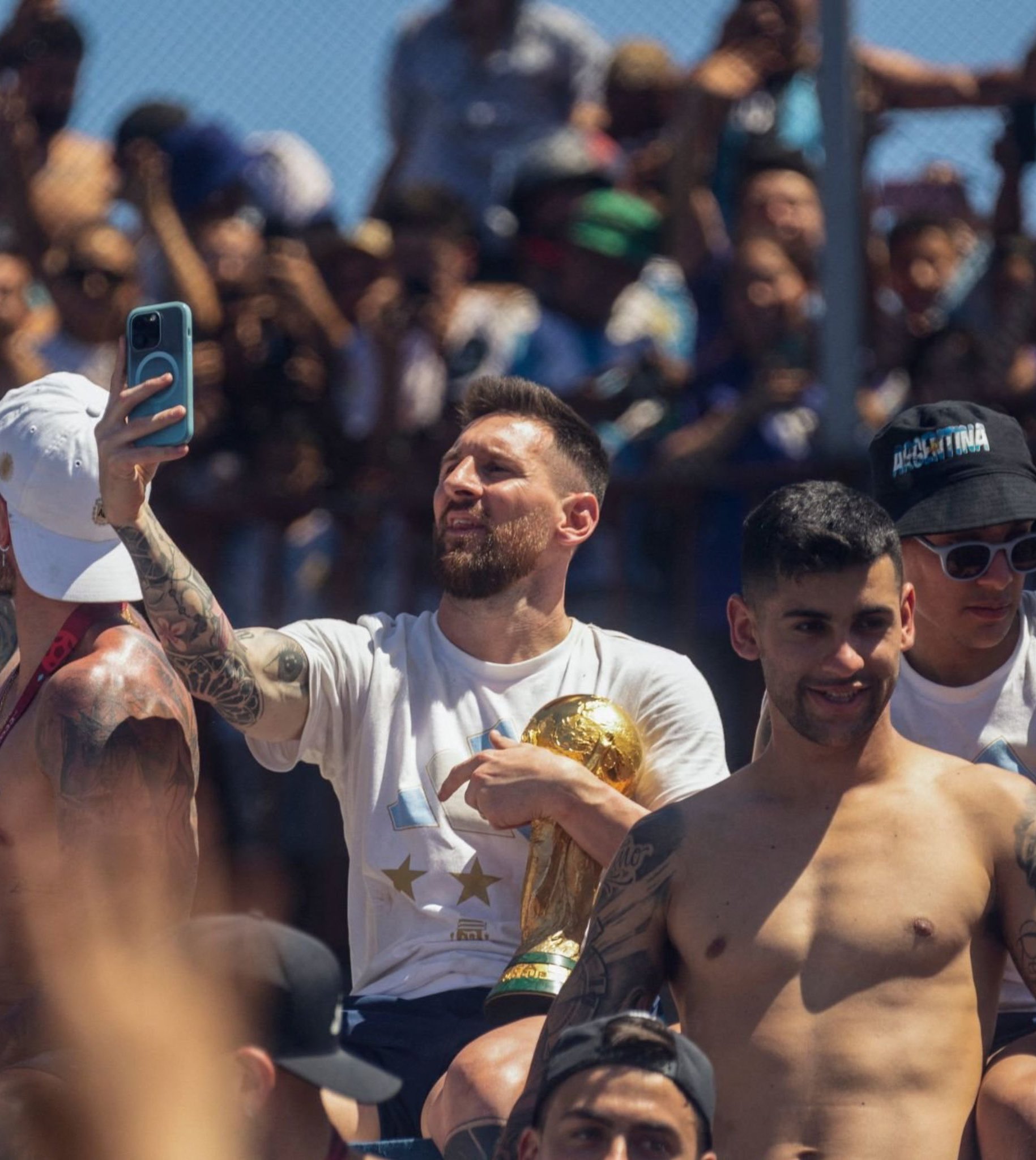 Presidential spokeswoman Gabriela Cerruti added: “The World Champions are flying over the parade route in helicopters because it was impossible to continue on the ground.”

The crowd size, reported by local media quoting police sources to be four million people, prevented the players from getting to the central Obelisk monument in Buenos Aires as scheduled. 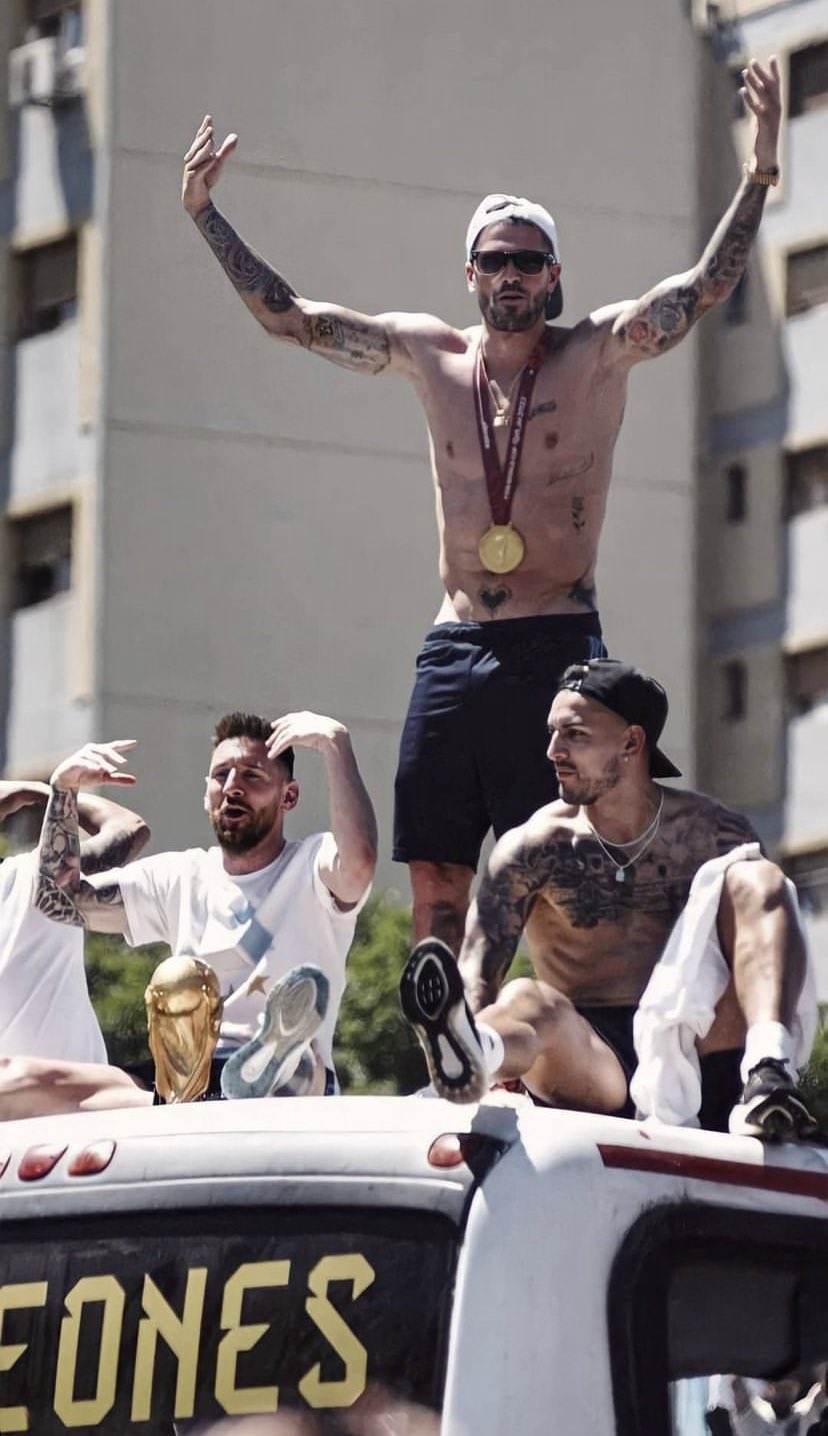 Before the parade was called off, the bus had been travelling slowly for more than four hours.

Tuesday was a national holiday in Argentina as part of the nation’s celebration of the World Cup win.