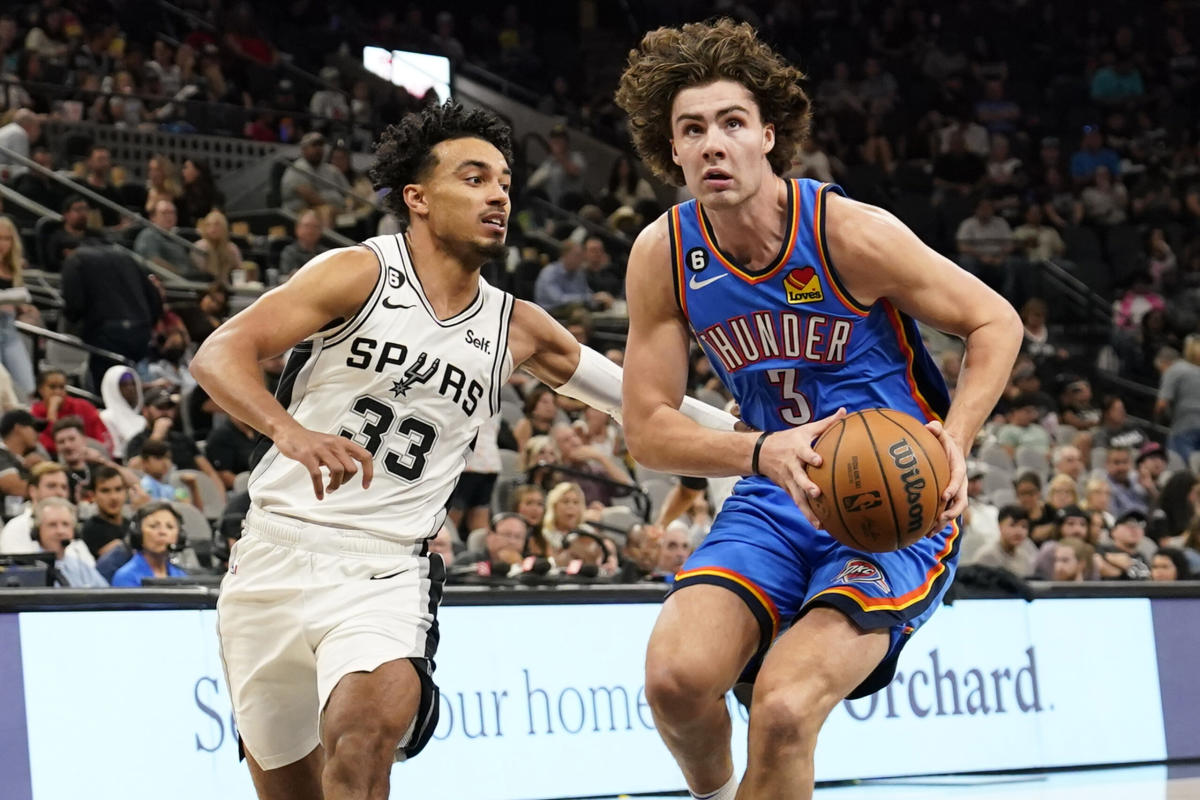 The Oklahoma City Thunder play San Antonio Spurs on Wednesday, and if you’re wondering how you can watch the action live, you’ve come to the right place.

The Thunder (8-13) return home for a quick one-game stop after a two-game road trip. In their last game, the Thunder lost to the New Orleans Pelicans in a close game that saw some referee controversy at the end of the contest.

Meanwhile, the Spurs (6-15) have been one of the worst teams in the league. The Spurs are currently in the middle of an ugly eight-game losing streak and have gone 1-13 in their last 14 games.

Here’s when you should tune in to see the game:

Thunder: Shai Gilgeous-Alexander is questionable due to a hip contusion. Chet Holmgren is out due to foot surgery. Mike Muscala is out due to a fractured finger.