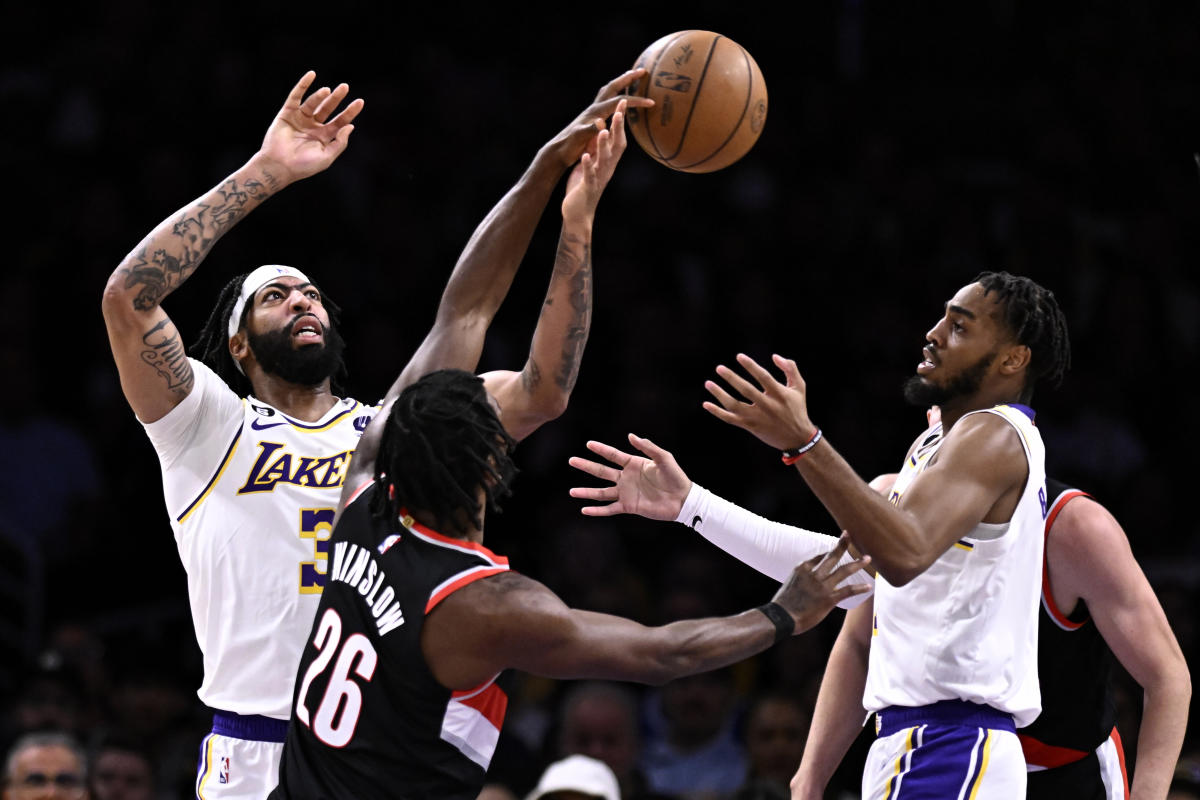 Patrick Beverley, James and Russell Westbrook all missed shots for LA down the stretch, and Anfernee Simons hit a leaning layup over Anthony Davis with 36 seconds left to trim Portland’s deficit to 102-101. Lillard then drilled his sixth 3-pointer, but James drove straight through the paint for an uncontested tying dunk with 7.7 seconds to play.

Grant, who finished with 16 points, then drove and scored the tiebreaking bucket. James had a decent look at the basket on the final play, but couldn’t connect.

James had 31 points, eight rebounds and eight assists, while Davis finished with 22 points, 10 rebounds and six blocked shots for the Lakers (0-3).

Lillard continued his longtime domination of Los Angeles, improving his career average of 28 points per game. Until the final minutes, it didn’t look like enough to beat the Lakers as they played their most complete game yet under Ham, the longtime NBA assistant in his first head coaching gig.

Lonnie Walker scored 15 points and Westbrook had 10 on 4-for-15 shooting for Los Angeles.

The Lakers missed 17 of their first 18 3-point attempts of the afternoon, continuing their anomalously poor start to the season from distance. Before Beverley hit an uncontested 3 early in the third quarter, the Lakers were 20 for 103 on 3-pointers in their first three games.

Lillard scored 21 points while leading Portland to a 55-48 halftime lead despite 12 turnovers. Austin Reaves was responsible for the Lakers’ only made 3-pointer in a 1-for-16 first half.

Trail Blazers: Simons went 5 for 17 from the field. … Beat the Lakers in Los Angeles for the first time since December 2020, snapping a three-game skid.

Lakers: Troy Brown Jr. scored four points in 22 minutes in his debut with Los Angeles, which signed the Las Vegas native away from Chicago in July. Brown missed the first two games with a sore back, but was immediately put into the Lakers’ rotation in their desperate search for wing shooting.

James scored at least 20 points for the 1,134th time in his 20-year career, tying Karl Malone for the most 20-point games in NBA history. James has scored at least 10 points in 1,099 consecutive games since January 2007, and he remains on track to surpass Kareem Abdul-Jabbar as the top scorer in league history this winter.

Ham and Portland coach Chauncey Billups were teammates in Detroit from 2003-05. Billups remembered his reaction when the Lakers hired Ham this summer: ”It’s about time.” Billups praised Ham for his leadership and basketball mind with the Pistons, saying that Ham had a strong presence on that 2004 championship team even as a reserve.

Lakers: At Nuggets on Wednesday.