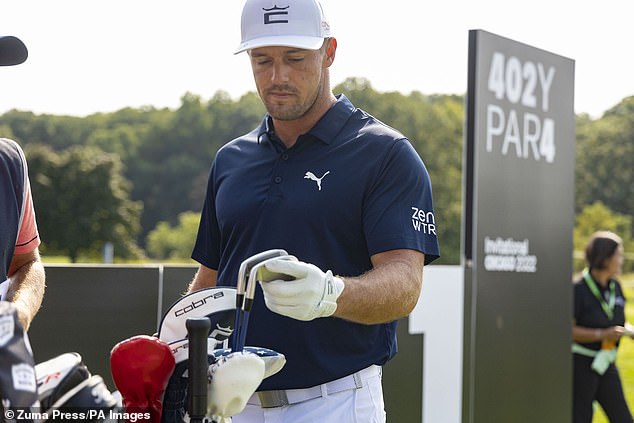 Let us in! Bryson DeChambeau pleads for the PGA Tour to allow LIV golfers to play in the Ryder Cup and Presidents Cup… and says the events ‘are only hurting themselves’ if they continue to block them

Team events such as the Presidents Cup and Ryder Cup are only ‘hurting themselves’ by banning players who signed up for LIV Golf, former U.S. Open champion Bryson DeChambeau has said.

Players who joined the Saudi-backed LIV series are no longer eligible to participate in PGA Tour events, including the Presidents Cup and all other tours sanctioned by the circuit.

DeChambeau has played for the United States in the past in both the Ryder Cup and the Presidents Cup but he will be watching next week’s Presidents Cup at Quail Hollow Club on television instead. 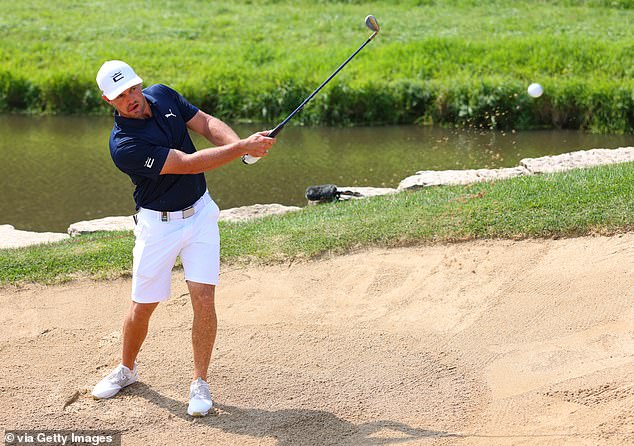 ‘I personally think that the team events are only hurting themselves by not allowing us to play, not allowing us to qualify through some capacity, in some facet,’ DeChambeau told reporters ahead of this week’s LIV event in Chicago.

‘I would say, from a team aspect, it is sad that those governing bodies have not allowed us to be able to qualify. That’s all I can say to that. I want to play in numerous events on the PGA Tour. It would be awesome.

See also  Masters: Rory McIlroy's hopes of a career Grand Slam recede into the distance for another year

‘That’s what LIV Golf has tried to – they have allowed us to play on the PGA Tour. It’s the PGA Tour barring us from doing so.’

But critics say LIV Golf, which is bankrolled by Saudi Arabia’s Public Investment Fund, amounts to ‘sportswashing’ by a nation trying to improve its reputation in the face of criticism over its human rights record. 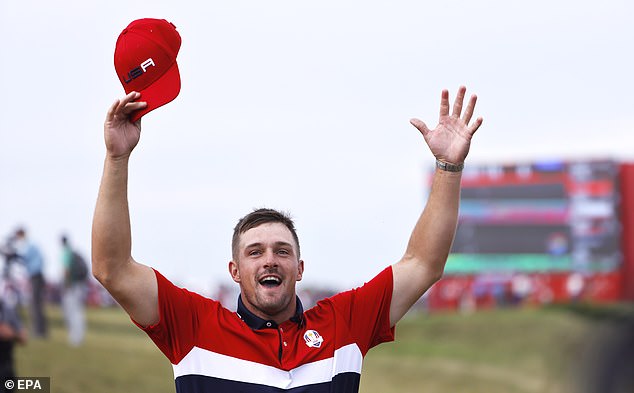 DeChambeau is one of the complainants in the antitrust lawsuit against the PGA Tour and though he would not comment on the lawsuit, he said he had ‘no buyer’s remorse’ over making the switch to LIV Golf.

‘This is the biggest decision besides choosing my agent that I’ve ever made in my entire life and I couldn’t be more happy to be over here,’ he said.

‘What LIV Golf has provided is something new and unique, different… there’s going to be some disruption and people aren’t going to like it. And I respect every single person that doesn’t think it’s good for the game of golf.’