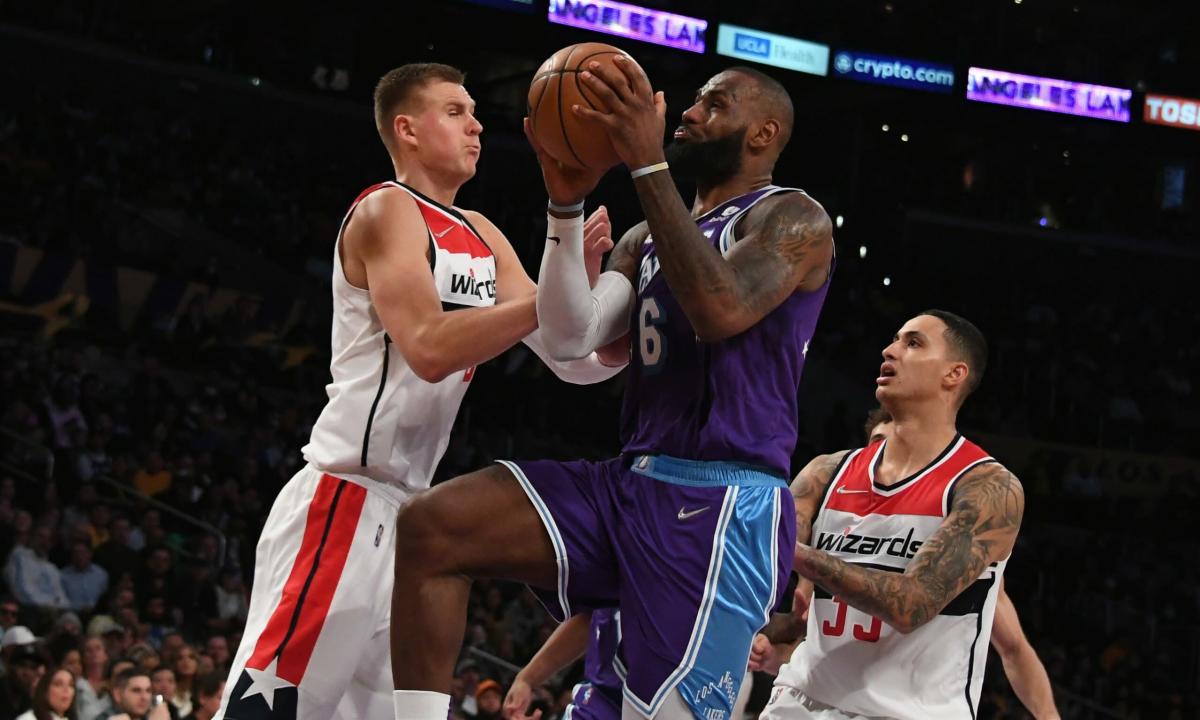 Late in the 2021-22 season, the Los Angeles Lakers’ fortunes were crumbling fast, and LeBron James was trying to do something to salvage some dignity.

With Anthony Davis once again suffering a significant injury, the four-time MVP felt he had to score lots and lots of points to give his team a chance at victory each night – even against poor teams.

One of those teams was the Washington Wizards, which the Lakers hosted on March 11.

Just days ago, James had erupted for 56 points in a win over the eventual world champion Golden State Warriors.

On this night, he had something of an encore performance, going for 50 points on 18-of-25 overall shooting and 6-of-9 from 3-point land, seven rebounds and six assists.

James sparked a big third quarter in which the Lakers outscored Washington 37-23, and it propelled them to a 122-109 victory.