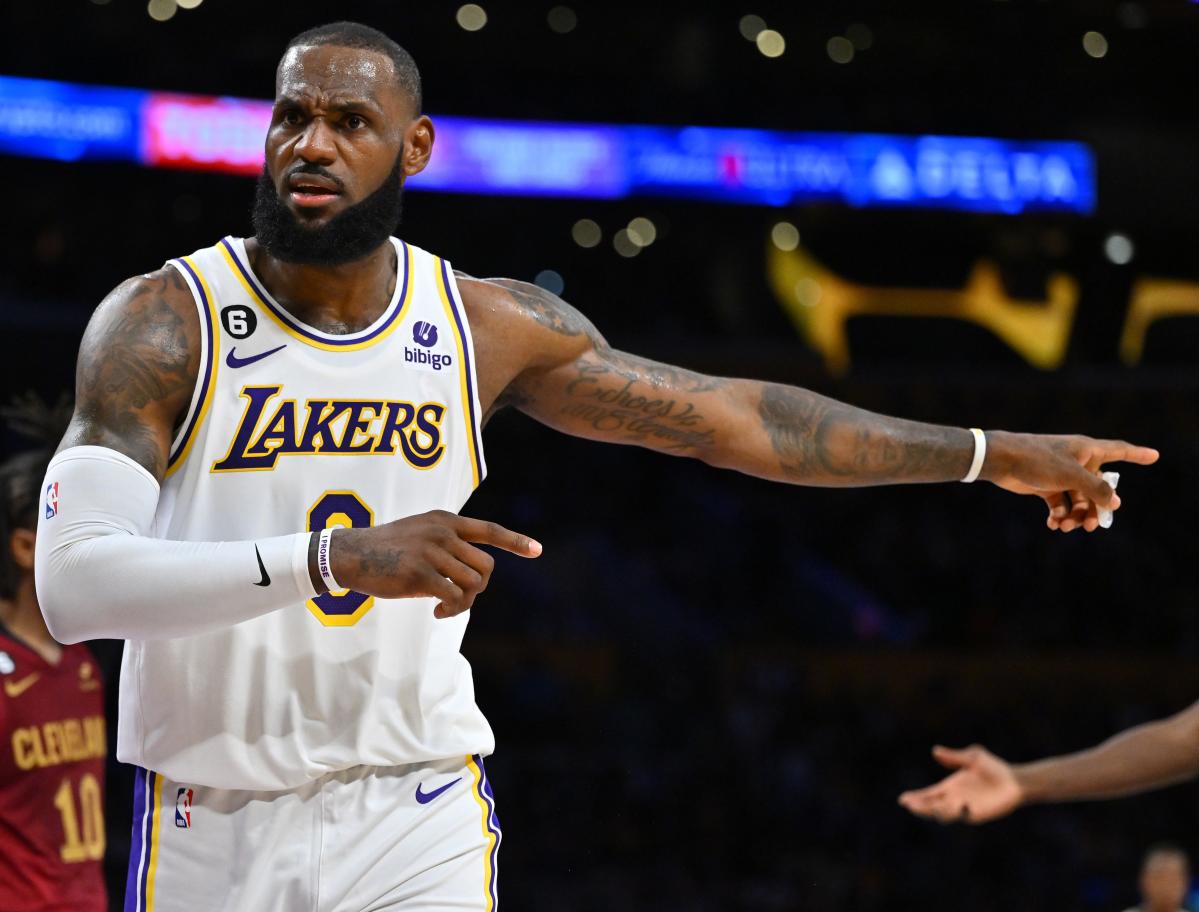 After the Los Angeles Lakers’ 128-109 victory over the Portland Trail Blazers, the star forward inquired why he wasn’t asked about a photo showing Dallas Cowboys owner Jerry Jones looking over a crowd of white students trying to block Black students from going to school at North Little Rock High School in Arkansas in 1957.

The picture was taken when Jones was 14, but James pointed out that the media wasted no time to ask him about former teammate Kyrie Irving after the All-Star point guard was suspended for posting a link to an antisemitic documentary on social media.

“I got one question for you guys before you guys leave. I was thinking when I was on my way over here, I was wondering why I haven’t gotten a question from you guys about the Jerry Jones photo,” James said. “But when the Kyrie thing was going on, you guys were quick to ask us questions about that.”

Jones has said that he was just a bystander in the photo and didn’t participate in trying to deny Black students entry into the school.

James said he doesn’t like how when Black athletes do something wrong, it’s on “every single tabloid, every single news coverage, it’s on the bottom ticker. It’s asked about every single day.”

James continued: “But it seems like to me that the whole Jerry Jones situation, photo — and I know it was years and years ago and we all make mistakes, I get it — but it seems like it’s just been buried under, like, ‘Oh, it happened. OK, we just move on.’ And I was just kind of disappointed that I haven’t received that question from you guys.”

Irving was suspended by the Brooklyn Nets on Nov. 5 after sharing a link to a documentary that contained antisemitic tropes.