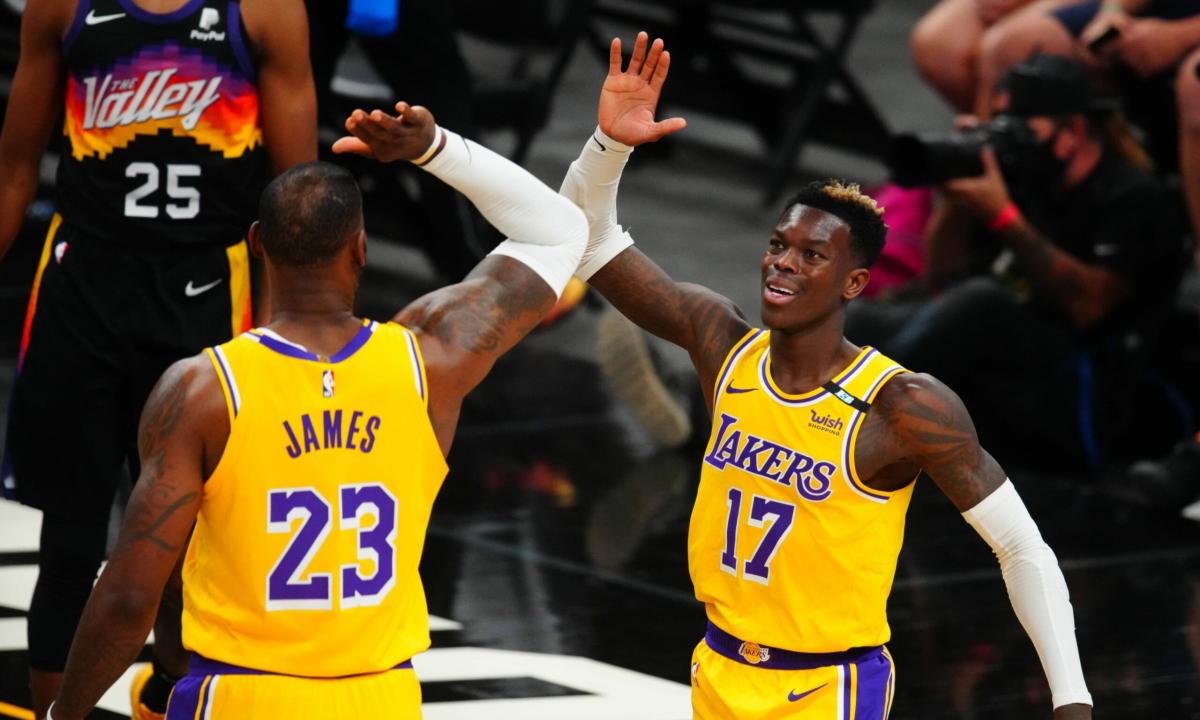 September is usually a dead period in the NBA, but there have been some moves made this month, including by the Los Angeles Lakers.

On Friday, they signed veteran guard Dennis Schroder to a one-year contract for $2.64 million to add depth and versatility to their backcourt.

It marks a return to the Purple and Gold for the German native, who played for the team during the 2020-21 season. That year, he averaged 15.4 points and 5.8 assists per game while starting all 61 contests he appeared in.

He left the team last summer on less than good terms, after demanding a huge contract extension. Reportedly, Schroder wanted L.A. to pay him at least $100 million over five years.

There also were whispers Schroder had some strained relations with teammates. Anthony Davis reportedly believed the guard wasn’t getting him the type of great looks he had gotten from Rajon Rondo.

But LeBron James made it clear he’s glad Schroder is back.

The addition of Schroder has created something of a logjam in the Lakers’ backcourt. He, Kendrick Nunn, Patrick Beverley and Russell Westbrook are all small guards who mostly play at the 1.

This signing has undoubtedly stirred up speculation that Westbrook may indeed be on his way out of L.A., although nothing is imminent at the time of this writing.