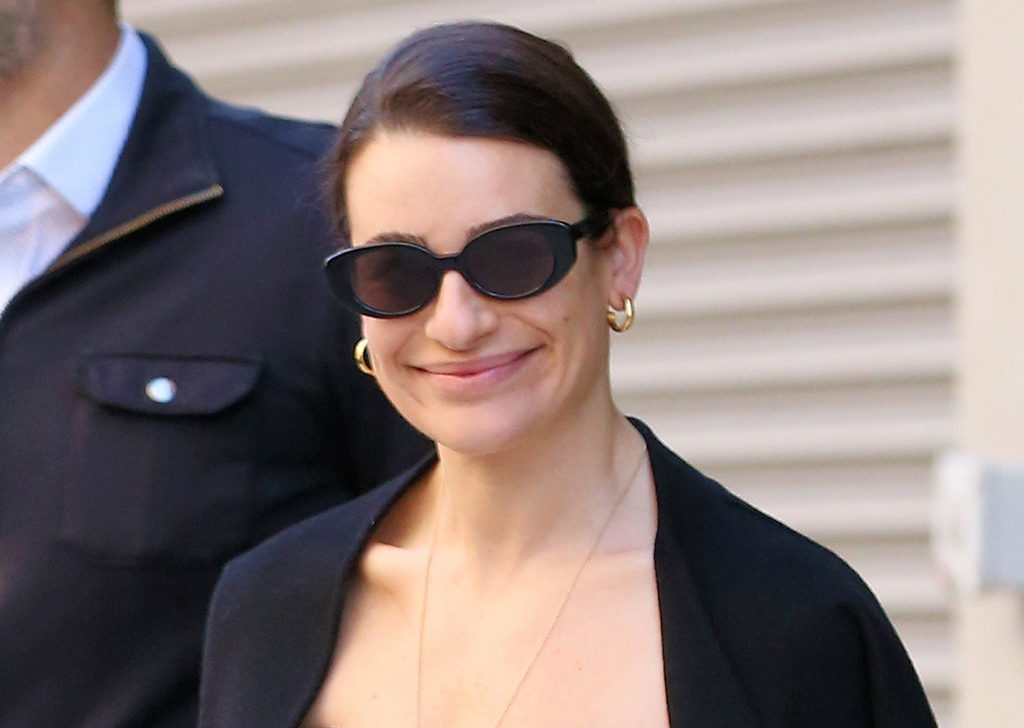 Lea Michele was seen in high spirits heading to her performance of “Funny Girl” on Broadway in New York today. Venturing out into the city, the former “Glee” actress got casual, dressing in neutral fall essentials and fancy footwear.

The singer styled her ensemble around golden jewelry consisting of chunky gold midsize hoops, which she paired alongside a dainty necklace and a quilted Bottega Veneta bag. Finishing off her look, Michele wore thin black sunglasses, channeling the ’90s. As for her hair, she wore it in a dramatic slicked back style, parted in the middle for a more modern feel.

The on-the-go performer hit the pavement in glossy black pointed toe Mary Janes with block heels that ranged around 3 to 4 inches. The heels were a sleek alternative to sneakers and elongated Michele’s silhouette significantly, all the while elevating her outfit.

The footwear featured thick straps that crossed over the tops of Michele’s feet, securing in place. The stand-out set provided Michele with a complementary yet neutral base for her statement-making ensemble, the dark footwear playing well with the neutral hues pre-existing in her outfit.

“Funny Girl” is a Broadway classic that follows “Fanny Brice” as she starts out as a bit player on the NYC vaudeville stage while slowly working her way up to stardom on Broadway. “Funny Girl’s” last lead was “Booksmart” actor Beanie Feldstein but the actress left “Funny Girl” two months early after it was announced she was being replaced by Michele, saying she was following the decision to “take the show in a different direction.”