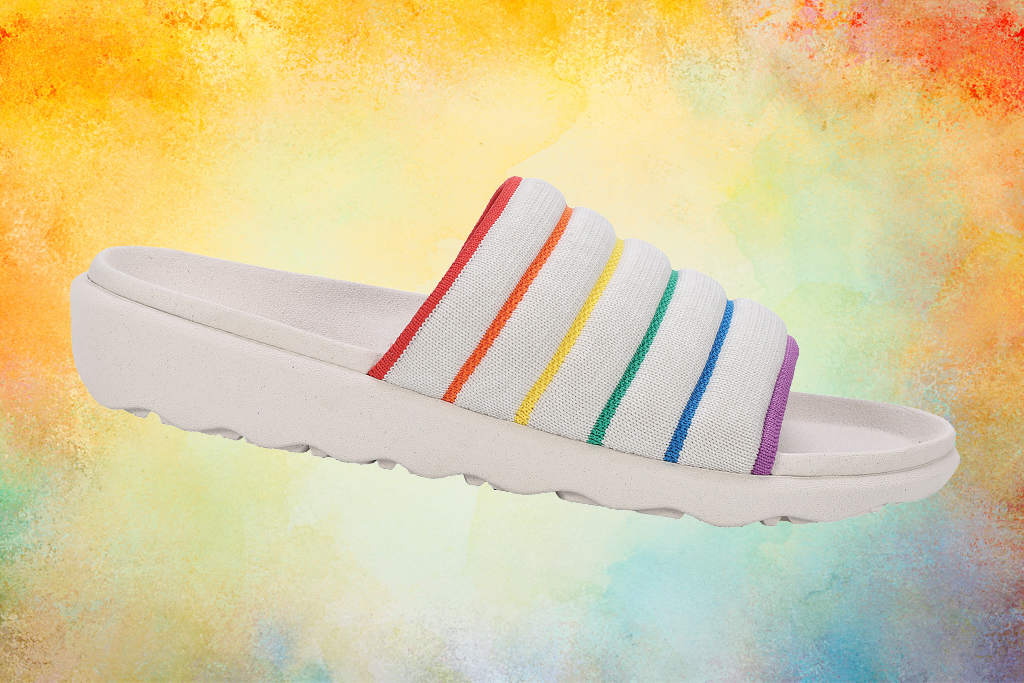 To say that the past two years has been a roller coaster is an understatement. But for the Lamo brand there have been plenty of high points.

Like other slipper makers, Lamo saw exponential growth in 2020 for its core at-home footwear offerings. And it has capitalized on the momentum by expanding its selection of casual shoes and sneakers, leading to big gains in 2021, according to COO Jerry Breig, who told FN that Lamo finished last year with double-digit growth.

Growth hasn’t come without its pain points, though. The global supply chain issues have caused massive disruption to the retail industry, due to factory shutdowns in Asia, shipping backlogs, increased freight costs, clogged ports and worker shortages in the U.S. distribution networks.

Here, Breig shares details about how Lamo has navigated the challenges so far, plus its next steps, which include an eco-friendly launch.

You’ve said Lamo saw double-digit growth in 2021. What was the biggest contributor?

Jerry Breig: “We planned our inventory early. We were able to have a little foresight on the port delays, so we pushed a lot of our fall ’21 inventory early in the season — to July and August. It did affect us a little later in the season, with people pushing for later product. But for the most part, we had everything under control.”

How have you navigated through the supply chain issues?

JB: “Being earlier obviously helped. But in-season, when we got to the mid-fourth quarter, we tried every trick there was. Luckily, we own a lot of our factory space, so we were able to push for quicker manufacturing, but we also adjusted ports. We had stuff coming through Vancouver, New York, the Gulf [of Mexico]. I don’t think we did anything outside of what everybody else was doing, but we were prepared in advance. And that’s carried over into 2022. A lot of our warehouse stock is arriving now for fall. We would rather pay a little extra for storage than have to deal with late shipments.”

Do you think any of these market changes are permanent?

JB: “The earlier timelines are something that’s going to stick in terms of both the sales window and the delivery window, which makes the trade show business a little bit more difficult. Right now, our trade show cycles are chasing the end of the window or past the window, so there’s going to be a shift over the next two to three seasons, with people adjusting the way they’re viewing product and traveling to shows.”

Former Bearpaw exec John Pierce joined Lamo as VP of sales in March. What are his goals?

JB: “We needed someone to push us to the next level. We have the right product, the right value and structure, so adding more legitimacy to the programs we’re building was something we wanted to focus on. JP was brought on to not only sit with new customers at new tables, but also to strengthen and solidify our current business. He’s handling the whole salesforce for the Lamo brand and is going to be at most of the trade shows and at the larger buyer meetings. We do somewhere around 70 shows a year, so he’ll be present in a lot of places.”

What is your big product story for spring ’23?

JB: “We’re bringing in a line of sustainable products, [made with] cactus leather uppers or PET uppers, and outsoles made out of Bloom foam or recycled coffee grounds. We’re launching with four SKUs for spring 23: three comfort sandals and a casual shoe. It’s been in the works for about two years, so we’re excited to now share that product with everybody.”