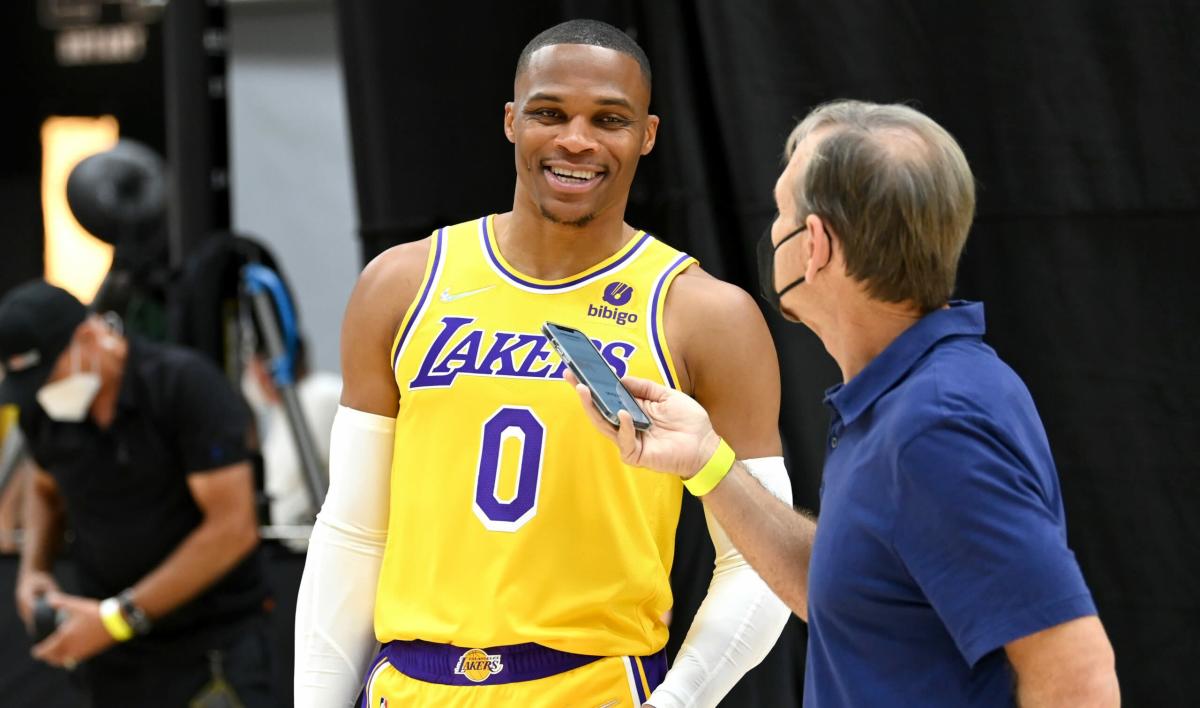 During the 2020-21 NBA season, the Lakers were the defending champions, but injuries to Anthony Davis and LeBron James derailed what looked to be a promising shot at back-to-back world titles.

After losing to the Phoenix Suns in six games in the first round of the playoffs, L.A. and its general manager Rob Pelinka went to work, trying to fortify the roster.

But the Lakers turned both opportunities down because James reportedly pushed them to instead trade for Russell Westbrook.

Westbrook had come off a season in which he had averaged a triple-double for the fourth time in the past five years. The thinking was that he could take the ball-handling and scoring load off an aging James, while also allowing the team to win games in case of an injury to the four-time MVP or Davis.

According to reports, James, Davis and Westbrook had met in person prior to the trade and talked about how things could work between them. All three supposedly talked about making certain sacrifices in order to contend for a ring.

Of course, that’s not remotely how things turned out this past season.

See also  Milwaukee Bucks are made of NBA championship mettle

Westbrook wasn’t nearly as much to blame as many fans claim, as James and Davis spent a considerable amount of time out of action due to injury. In addition, guard Kendrick Nunn, who was expected to make a significant impact, missed the entire regular season because of a bone bruise.

But the 2017 league MVP has been a hard fit because of his bad outside shooting, lack of off-the-ball activity and defensive flaws.

If the Lakers don’t trade Westbrook and he is still on the roster come October, it will be on him to prove to critics that the team didn’t make a mistake by trading for him.