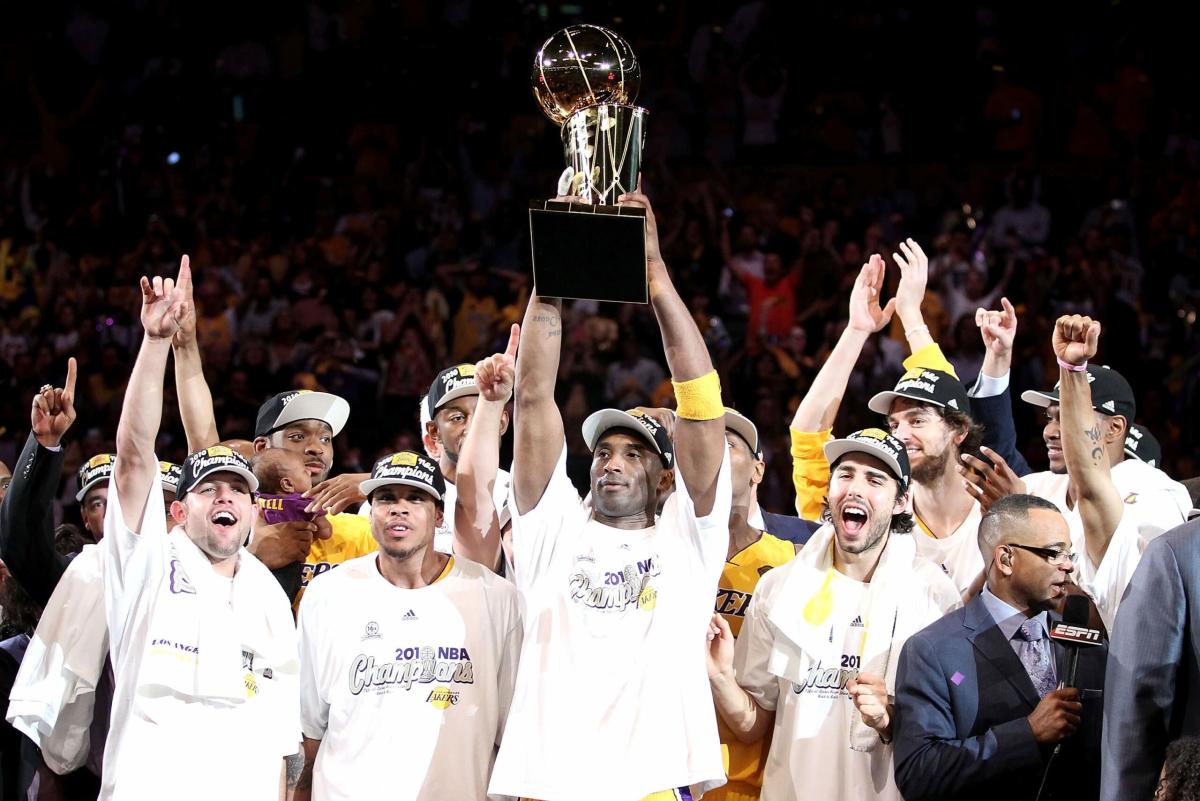 Although the rivalry between the Los Angeles Lakers and Boston Celtics has always been the greatest in the history of the NBA, for a long time it was one-sided.

The Celtics defeated the Lakers each of the first eight times they met in the NBA Finals, a streak that ran from 1959 to 1984.

In 2008, Chapter 3 of the rivalry began, and it was Kevin Garnett, Paul Pierce, Ray Allen and company who outplayed Kobe Bryant’s crew in six games to win the world title.

The two teams met again in the Finals in 2010, and Bryant and the Lakers had revenge on their mind.

Although they fell behind 3-2 in the series, they returned home for the final two games at home (if necessary), and they kept things in perspective. Bryant said that if he was told at the start of the season that all they needed to do to win it all was win two games at home, he would’ve gladly taken it.

L.A. won Game 6 easily, setting up a Game 7 for the ages. There was a calm sense of urgency around town that day and a feeling that it was the Lakers’ game to win.

Sure enough, the Lakers fell behind by 13 early in the third quarter, and Bryant had one of his worst playoff games ever to that point. Longtime Lakers fans had seen this movie before.

But Bryant changed his approach, and he helped lead a comeback for the ages, as L.A. cut its deficit to four at the end of the third period, then finally took the lead midway through the fourth on two free throws from Bryant.

The Lakers led by six with 90 seconds left, and they held off a desperate Celtics rally to just barely outlast them, 83-79, to win their second straight NBA world championship and fifth since 2000.

It was Bryant’s fifth ring, and although he shot an icy 6-of-24 for the game, he was very efficient offensively through the last 20 minutes or so of the contest. He also grabbed 15 rebounds and played excellent defense to help his team’s cause.

His sidekick Pau Gasol didn’t shoot well either, but he grabbed 18 rebounds to prove to his critics that he wasn’t soft.

The Lakers had finally overcome the Celtics jinx, once and for all.