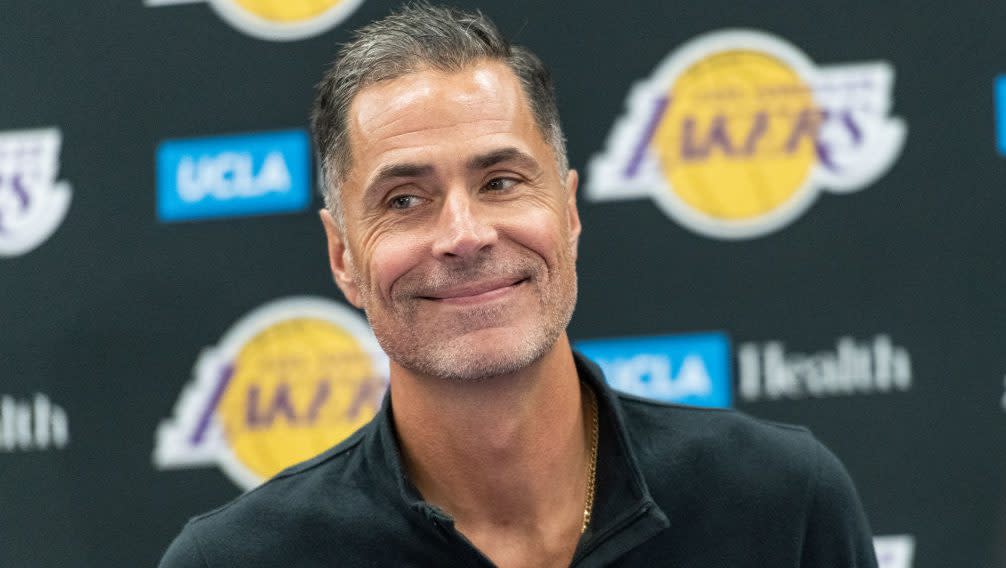 The Lakers like their in-the-family decision-making core of GM Rob Pelinka (Kobe Bryant’s former agent), senior basketball advisor Kurt Rambis, his wife Linda (the Rambi), and Jeanie Buss. That group expands on some topics — trading Russell Westbrook, for example — but that group is the core.

And it’s staying that way. The Lakers have extended the contract of Rob Pelinka through 2026, according to a report from Chris Haynes at Yahoo Sports.

The Lakers’ ownership group, led by Jeanie Buss, believes deeply in management and the coach being in alignment on one vision. Pelinka’s contract is now set to expire at the same time as first-year head coach Darvin Ham, who signed a four-year deal.

Pelinka was rumored to be on a hot seat after last season, but pulled off the most important move of the summer for the Lakers — he got LeBron James to sign an extension. It’s a two-year deal that keeps LeBron on the Lakers through at least 2024.

See also  Giannis Antetokounmpo to play for Greece in Eurobasket

Pelinka also spent the summer executing changes — ones demanded by LeBron — after another disappointing season: hiring Darvin Ham as coach, plus changing the supporting cast around LeBron, Anthony Davis, and Russell Westbrook to be younger and defend better. The Lakers looked for a Westbrook trade, but couldn’t find one they were willing to pull the trigger on.

The Lakers should be better, but Pelinka and his team are still looking for moves that can vault Los Angeles up to contender status. Now Pelinka has some job security while he looks for that deal.

Check out more on the Lakers

Beverley on Smart winning Defensive Player of the Year: ‘Part of me… LeBron says Wembanyama is an ‘alien’ and a ‘generational… LeBron tells Adam Silver he wants to own expansion team in Vegas

See also  Tyrese Maxey, Sixers react to James Harden being out for a month