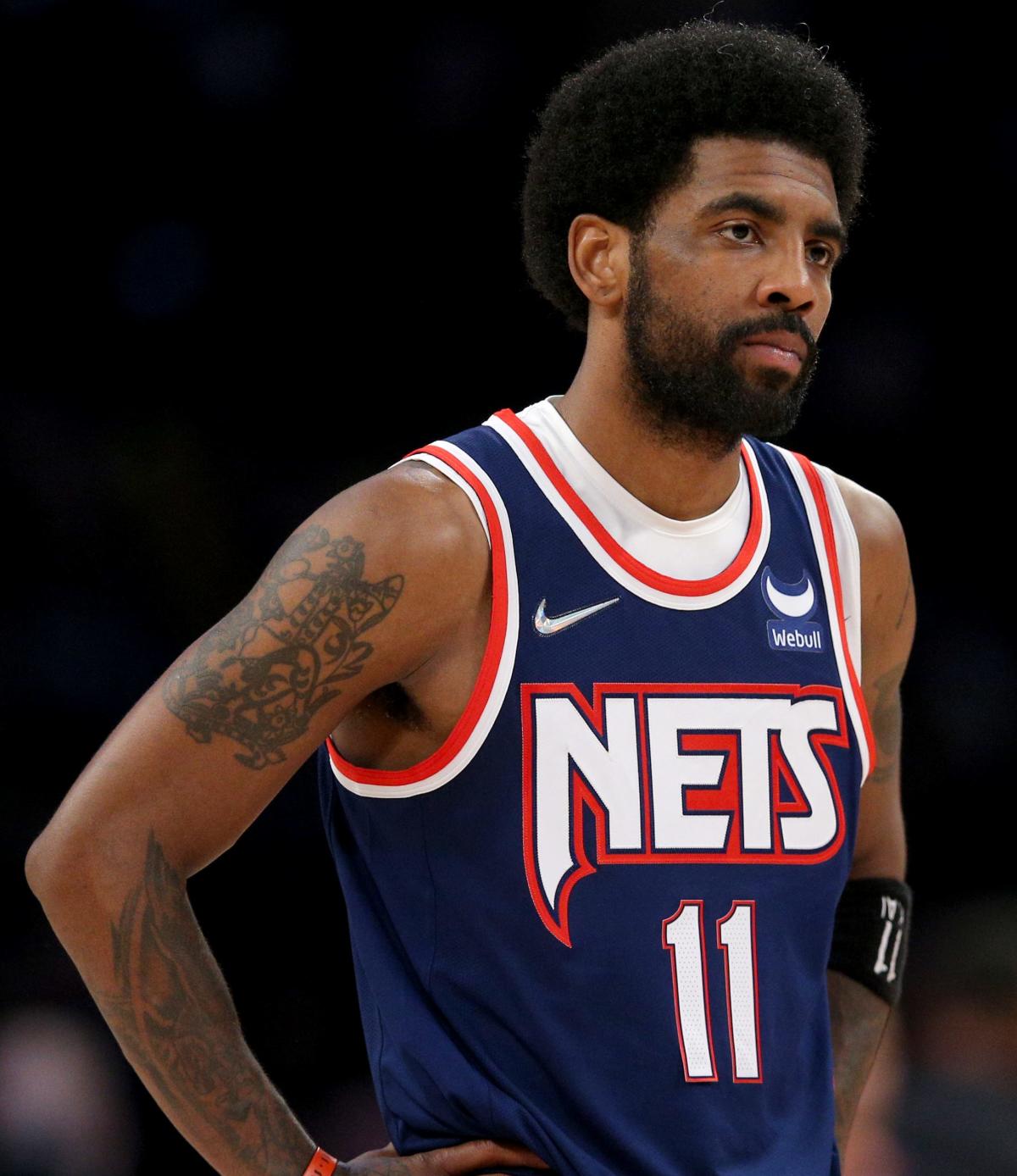 Brooklyn Nets star Kyrie Irving is set to return to the court Sunday, marking the end of his suspension from the team following his antisemitic behavior.

The seven-time All-Star will rejoin the Nets during the matchup against the Memphis Grizzlies in Brooklyn. Irving was eligible to return against the Lakers on Nov. 13.

On Sunday, the Nets listed Irving as available for the 7 p.m. ET matchup. He addressed reporters at Brooklyn’s facility with NBA officials and Nets general manager Sean Marks were in the room while he delivered the comments.

“I don’t stand for anything close to hate speech or antisemitism or anything that is going against the human race,” said Irving, who was initially defensive when pressed about his promotion of the movie “Hebrews to Negroes: Wake Up Black America” on Twitter. “I feel like we all should have an opportunity to speak for ourselves when things are assumed about us and I feel it was necessary for me to stand in this place and take accountability for my actions, because there was a way I should have handled all this and as I look back and reflect when I had the opportunity to offer my deep regrets to anyone that felt threatened or felt hurt by what I posted, that wasn’t my intent at all.”

The Nets, who called him “unfit” to be associated with the team upon his suspension, praised him Sunday.

“Kyrie took ownership of this journey and had conversations with several members of the Jewish community,” the team said in a statement. “We are pleased that he is going about the process in a meaningful way.”

The Nets suspended Irving Nov. 3 for a minimum of five games without pay for his failure to disavow antisemitism and denounce “Hebrews to Negroes: Wake Up Black America.” He promoted the film containing Holocaust denial, among other things, on his Twitter feed. The organization said Irving would be suspended “until he satisfies a series of objective remedial measures that address the harmful impact of his conduct.”

One objective was meeting with Brooklyn owner Joe Tsai and his wife Clara. After the meeting, Tsai said “Kyrie does not have any beliefs of hate towards Jewish people or any group.” Irving also met with NBA commissioner Adam Silver, who mirrored Tsai’s sentiments by saying he has “no doubt” that Irving is not antisemitic. The Nets did not require Irving to meet with Silver as part of his penalty, but Silver said privately and publicly that he did not think Irving was antisemitic.

Brooklyn’s step-by-step plan toward Irving being reinstated also included him apologizing for and condemning the film, a $500K donation to anti-hate causes, sensitivity and antisemitic training, in addition to meeting with Jewish leaders, according to SB Nation.

Lakers star Lebron James called the Nets’ requirements “excessive,” adding that Irving “should be playing” after apologizing for sharing hurtful information. Boston Celtics star Jaylen Brown, who serves as vice president of the NBPA alongside Irving, told the Boston Globe that “players expressed discomfort with the terms” for Irving’s return.

Irving issued an apology to the Jewish community and those “hurt from the hateful remarks made in the documentary.” On Instagram, he wrote that he’s “deeply sorry to have caused you pain.”

On Saturday, the day before his return, he issued another apology, this time on camera.

The Nets went 5-3 during Irving’s suspension and are 7-9 this season.

Irving will also return to new leadership after Jacque Vaughn was named Brooklyn’s head coach after Steve Nash was fired.

This is not the first time the Nets have gone a stretch of time without Irving. He only played 29 games last season after he was ruled ineligible to play a majority of the season due to the New York City COVID-19 vaccine mandate.