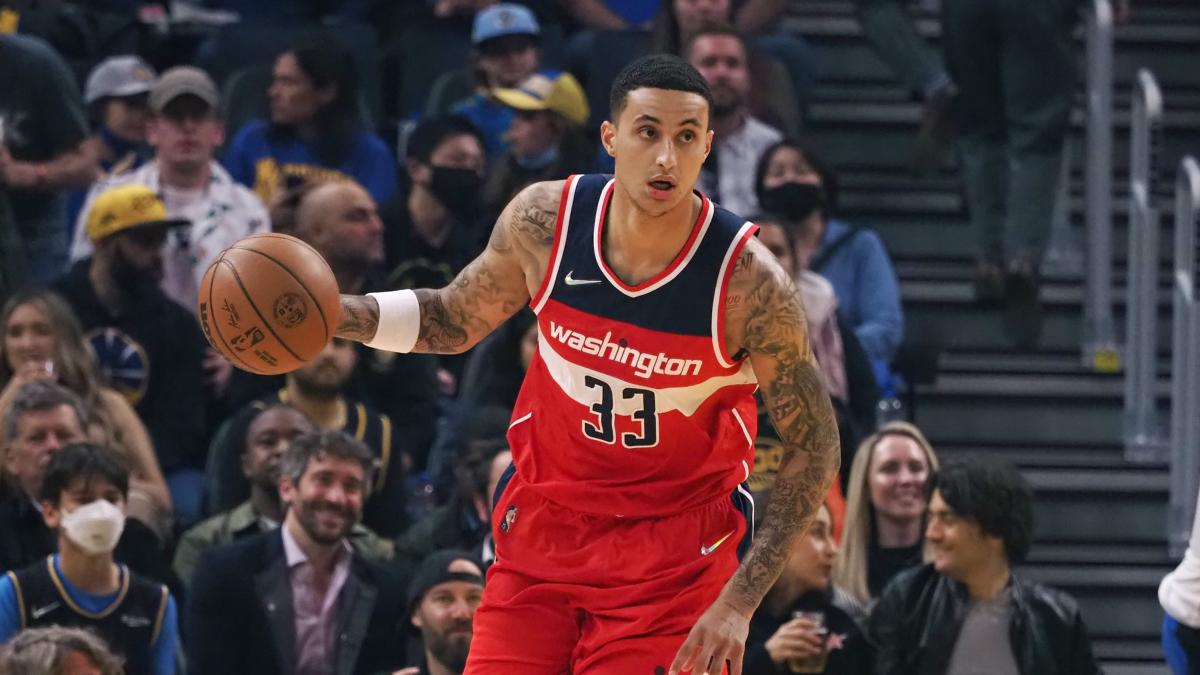 Few people ever go through the roller coaster of emotions that is hearing your name being called on NBA Draft night. What many people don’t think about, though, is the grueling pre-draft process in the months leading up to the big night.

From the end of the NCAA basketball season all the way until the draft, college prospects often find themselves traveling thousands of miles over the course of just a few days to work out for dozens of pro teams. Wizards forward Kyle Kuzma went through that very process before being snagged 27th overall by the Brooklyn Nets (before being traded to the L.A. Lakers) in 2017.

For Kuzma, draft night was a culmination of months of demanding physical and mental preparation, a lifelong journey on and off the court.

“In 2017, I think there was 25 teams that had picks, and I worked out for 21 teams. So I had to get it out the mud,” Kuzma told NBC Sports Washington’s Chris Miller on the latest episode of the Off the Bench podcast. “I would have three in four nights, three workouts in four days, back-to-backs, you know. I was getting it. I had to because nobody thought I was an NBA player back then, so I had to prove a lot of people wrong, but it was a great time, though.”

Now that we know Kyle Kuzma has the talent to put up almost 20 points and nine rebounds per game over the course of a season, it might be surprising that he dropped to 27th five years ago. He burst onto the NBA radar during his senior season at Utah, putting up over 16 points and nine boards per contest while shooting 56% from the field.

His journey is not unlike that of many players awaiting the chance to walk across the stage with an NBA next Thursday. But, though that moment is a brief sweet relief following decades of hard work, a prospect’s draft selection marks the beginning of the true challenge.

“Just enjoying it and being in the moment, like that’s what you live for—to come into an NBA facility and it’s just like you’re at the doorstep,” Kuzma said. “What are you gonna do? You hear ‘em out there, it’s competitive.”

Fans see it on TV for almost every major sport’s draft event: the living room full of family and loved ones crowded around one prospect who awaits rheir dreams to become reality. Once their name gets read by the commissioner, the room goes nuts. Oftentimes, the player getting drafted is actually the most mellow person in the room as they do their best to contain their excitement and perspective.

See also  The Derrick White trade might not be a disaster for the Boston Celtics, but was it good?

Kuzma’s draft night experience fits that model well, as he described a block party with ‘seventy people, no AC’ at his mom’s best friend’s house. He could relax during the first 15 picks or so, he says, because there was no indication he’d be taken during that window according to his agent. It was the next few dozen, though, when he really started feeling the jitters.

“My range at the end of working out for 21 teams, it was like from 22 to 45, that’s what my agent was saying. Once it kinda got to that point, I was just nervous,” Kuzma said. “It was just like shaking, shaking, shaking. I always remember right before I got drafted—I’m sitting there watching and there’s a full party going on. I’m locked into it but at the same time I’m trying to keep it cool.

“Pick 27 comes up, and I just notice…floods of people are coming into the living room to watch this now, so I’m like, ‘Okay, maybe something is happening’…it happened and everybody exploded. I had to get out the house, everybody was bumrushing me.”

Kuzma’s mom cried. He went on to hug everyone in sight, but then took a moment to go into the bathroom, as he described, to cry by himself in the dark and collect himself.

The emotional release of draft night is equaled only by one other sensation, according to Kyle Kuzma. When he won the NBA title with the Lakers in 2020, he found himself in the same mental space as he did three years earlier at that block party.

“Once you reach big milestones, you always have that self-reflection,” Kuzma said. “I had to be at the gym eight hours a day. I had to skip on parties. I had to do this, do that, and those self-reflections, that’s the journey. That’s what you do it for. That moment of tears and then joy, tears and joy.”