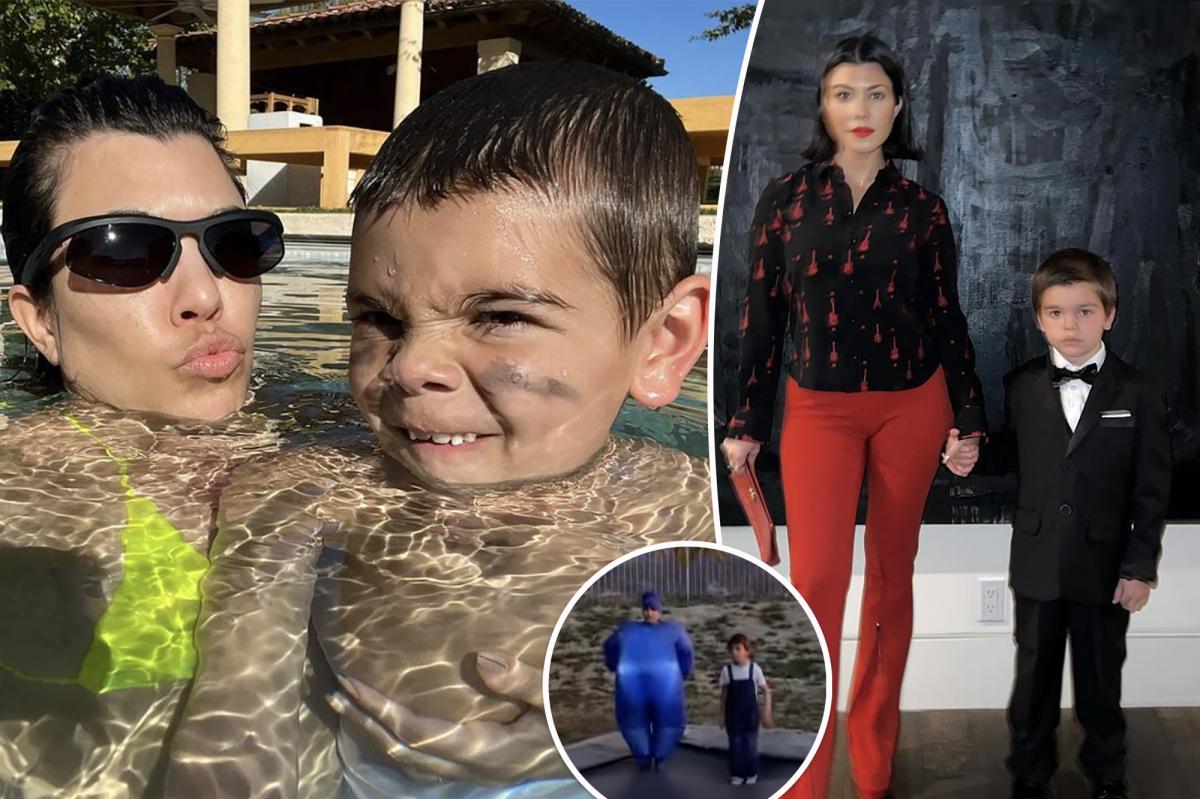 Kourtney Kardashian’s son 7-year-old son Reign demanded that she come play with him, interrupting her calming video of a Calabasas sunset on Monday night.

“Mom, come on the damn trampoline,” the young boy urged Kardashian as she filmed the stunning sky during a family Halloween party.

The demand seemed to catch the 43-year-old off guard as she chuckled and responded, “Oh I’m comin’!”

As Reign — not to be mistake for Raymond — continued to bounce on the in-ground trampoline with a friend, he seemed to let loose once again, saying “s—t” as Kardashian walked away.

While it’s unclear what Reign dressed up as this spooky season, Kardashian went as the Bride of Frankenstein — just one day after sister Kylie Jenner wore the same creepy costume.

Earlier in the day Kardashian and husband Travis Barker were dressed up as Chucky and the bride of Chucky.

The youngest of Kardashian’s three children has been known for his unfiltered commentary on the famous family’s reality show.

Back in May, Reign, who Kardashian shares with ex-boyfriend Scott Disick, begged his famous mom and now-stepdad Travis Barker to stop kissing at the dinner table.

“I am going to die. Ew, guys,” Reign moaned during an episode of “The Kardashians” when the pair started packing on the PDA in front of him.

“Can you guys not kiss in French again?” he repeated. “Could you guys please not French-kiss again?”

The Blink-182 finally relented, opting to hold Kardashian’s hand instead of locking lips for the duration of the meal.

Kardashian — who also shares son Mason, 12, and daughter Penelope, 10, with Disick — wed Barker at a Santa Barbara courthouse on May 15, without the reality star’s kids in attendance.

However, all three of her kids along with Barker’s three children were present at their lavish nuptials in Italy just one week later.