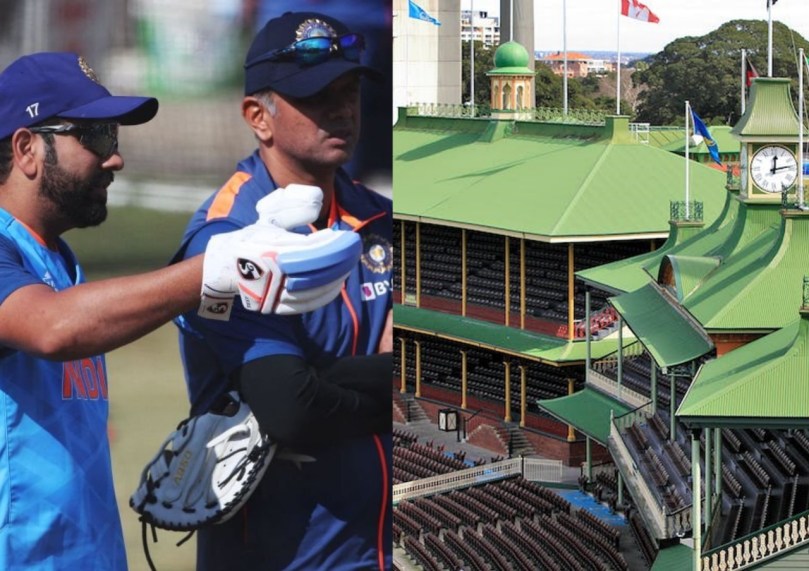 ICC T20 World Cup: India vs Netherlands – Having sealed an emphatic win over Pakistan, Team India is now gearing up for…

The team hit the ground running with their first practice session on Tuesday. Indian skipper Rohit Sharma looked to be in good touch during a net session at the Sydney Cricket Ground (SGC) on Tuesday.Batting at the famous SCG, ‘Chasemaster’ Kohli and opener KL Rahul also enjoyed a fruitful net session.The practice session was an intense one as both bowlers and batters worked hard to take their skills to the highest level before their second T20 World Cup match.

See also  Watch what happened in LAST 5 India vs Pakistan clashes at ASIA CUP 2022, Check OUT

During the session, Rahul and Dinesh Karthik faced Ravichandran Ashwin and Yuzvendra Chahal in the nets. Karthik also practised throw-downs with Kohli. Everything happened under the watchful eyes of Head coach Rahul Dravid and batting coach Vikram Rathour.

Rahul and Rohit played some crisp drives and looked in good touch which will reduce management’s concerns over the openers’ form slump. Rohit who failed to play a critical knock against Pakistan on Sunday had an intense extended practice in the nets. Rishabh Pant was also seen playing some measured shots in the nets.

The likes of Suryakumar Yadav and Hardik Pandya skipped the practice session in order to take rest. The bowlers meanwhile bowled the hard lengths in nets, Yuzvendra Chahal also rolled his arm over as did Ravichandran Ashwin.

However, the star pacers of the team Mohammed Shami, Bhuvneshwar Kumar and Arshdeep Singh decided to skip the practice session ahead of the match against the Netherlands.

India will play the Netherlands next, with the match scheduled for October 27 at the iconic Sydney Cricket Ground.